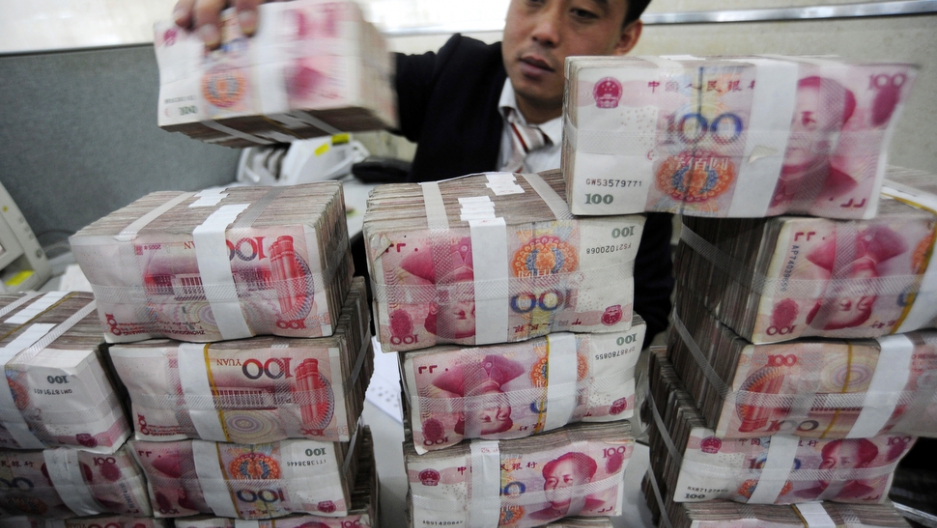 An employee counts renminbi banknotes at a Bank of China branch in Hefei, Anhui province, on Nov. 17, 2009.
Share

A study showing China has more billionaires than any other country on the planet comes at an awkward time for Chinese leaders.

China’s economy is growing at the slowest pace in 25 years. The manufacturing sector, which is a major employer, is contracting. And stock market turmoil has wiped out the savings of many ordinary Chinese.

Yet the country’s super rich just keep getting richer.

The annual Global Rich List published by Shanghai-based research firm Hurun shows the number of dollar billionaires in China exceeds the United States for the first time — 568 versus 535. The two countries account for nearly half of the world’s billionaires.

The combined wealth of China’s billionaires is a staggering $1.4 trillion, equivalent to the size of the Australian economy.

Despite the savage sell-off in Chinese stocks since mid-2015 — the main index in Shanghai has fallen over 76 percent since June — China still managed to produce 90 new billionaires in the past 12 months, more than any other country, mainly as a result of stock market listings, the report said.

For people looking to hang out with billionaires, Beijing is now the place to be, not New York. China’s most important city has overtaken the Big Apple to become the billionaire capital for the first time, with 100 billionaires living it up, 32 more than a year ago. There are 95 in New York.

Although China has the most billionaires in the world, its richest are a lot poorer than the wealthiest Americans. Not a single Chinese billionaire appears among the top 10 richest people in the world. Wang ranks a distant 21 on Hurun's global list.

Microsoft founder Bill Gates remains No. 1 with a fortune of $80 billion, followed by the “Oracle of Omaha” Warren Buffett with $68 billion.

While China’s growing cohort of billionaires is a reflection of the country’s economic might, it could embarrass President Xi Jinping.

Xi has been leading a crackdown on official corruption and excessive spending and attempting to reduce income inequality, which is one of the highest in the world. A recent study by Peking University found China's "one-percenters" own a third of the country's wealth, while those in the bottom 25 percent own just 1 percent. The Communist Party recently banned the construction of gated communities where many wealthy people live.

"We want to continuously enlarge the pie, while also making sure we divide the pie correctly," Xi wrote in the Communist Party's mouthpiece, People's Daily, in 2014.

"Chinese society has long held the value of 'Don't worry about the amount, worry that all have the same amount.'"

China is falling well short of that goal.