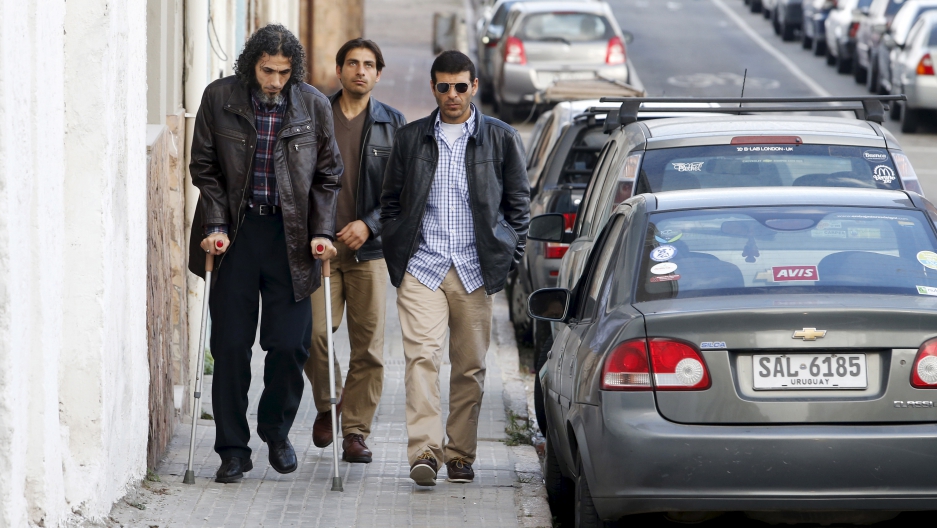 At first they were welcomed.

As President Barack Obama again seeks to close the Guantánamo Bay detention facility, it's worth asking: What's happened to the former detainees who are now living elsewhere?

The story in the South American nation of Uruguay is instructive — and not pretty.

Six former Guantánamo detainees were resettled there in 2014, with hopes of a smooth transition to a new language and new way of life.

I covered the ex-detainees' first weeks in Montevideo, Uruguay’s capital. Arriving in the middle of the night, still shackled and wearing their Guantanamo jumpsuits, they were thrust into both the media spotlight and a country that didn’t seem at all prepared for them.

The men had been invited by the genial then-President Jose “Pepe” Mujica, himself a former political prisoner for 14 years, who had transformed Uruguay into South America’s most progressive state during his years in office.

Mujica welcomed them with open arms. He had made clear that the acceptance of the detainees from Guantanamo was more about personal morality than currying favor with the United States. His passionate advocacy for the accused terrorists (none of the men were ever charged with a crime) helped shift public opinion in Uruguay in favor of the six men.

A few weeks after the detainees arrived, Mujica met with them and announced to the media that these were not the strong, hard-working peasants he had envisaged. Rather, he said, he could tell by the men’s hands that they were soft and middle-class, and that they seemed to be reluctant to work. Little did it matter than the men had just spent 12 years in captivity, had been tortured and had spent months on hunger strike.

Quickly, public opinion soured, and worsened after the six men spent weeks protesting in tents in front of the US Embassy. Then, two of the men married local women who had converted to Islam. Within a year, both men had been arrested and charged with domestic violence. Both marriages have now failed.

In an excellent story in Islamic Monthly, journalist Taylor Barnes interviews the men and tracks their progress in Uruguay. It’s a sad tale of men being essentially dumped in a strange and unfamiliar corner of South America.

“America claims it’s fighting terrorism, but it’s producing terrorism with its policy,” one of the former detainees, Abu Wa’el Jihad Ahmed Mustafa Dhiab, told Barnes. “It wronged people for 13 years in the prison of Guantánamo for no reason and in the end, it just abandons them just like one would throw away bones after eating the meat.”