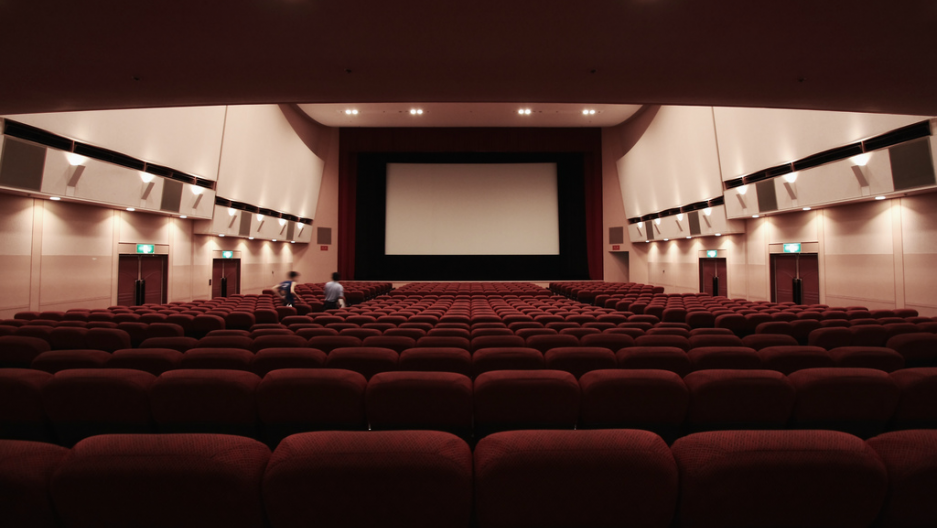 Job titles in movie credits can be confusing. After all, if politicians avoid gaffes, why do movie sets have gaffers? Why does an inanimate object like a script need a supervisor? And what, exactly, is a cinematographer?

On this week's show, a gaffer, script supervisor, and cinematographer tell us what their job titles really mean. So before the next time you look up at the credits while brushing off thosepopcorn crumbs, brush up on the roles of these cinema-specific positions.

What does a gaffer do?

Andy Day is a gaffer who's worked on movies like "Trainwreck," "The Departed," and"The Royal Tenenbaums." "The gafferis also known sometimes as the chief lighting technician,"Day says. "The responsibilities are primarily for the lighting of the set."

Part of what a gafferdoes is make sunshine on a cloudy day, using cranes and big lamps to create the impression of sunlight pouring in when the sun just won't cooperate. Gaffers are also responsible for providing electricity to the set.

So why is a gaffer called a gaffer? Day says the wordcame from the docks ofEngland, where the leader of the dockworkers' gang would be called the "gaffer" -- short for "godfather."

"When they started to make motion pictures, they went somewhere where they could find people who could climb and tie knots and move things," Day says. "So they adopted the term 'gaffer' as the leader of the lighting crew."

What does a script supervisor do?

Eva Cabrera has worked as a script supervisor on movies like "Birdman," "12 Years a Slave," "Zoolander," and "Apollo 13." "What a script supervisor does is keep track of continuity," Cabrera says. She makes sure there aren't big differences between shots of a scene, making them impossible to edit together.

For example, she'll make sure that if an actor is holding a glass of water at a certain angle in one shot, in the next shot it won't be held at a different angle, or worse -- be empty. Basically, script supervisors make sure their films don't end up on this list of movie mistakes.

So why are script supervisors important? Cabera says they keep audiences totally immersed in the film.

"Some people get a kick out of finding all of those mistakes," she says. "But my feeling is that if you're enjoying a story and then all of a sudden something takes you out of it, you're not really watching a story unfold. You're watching a film that made a mistake." Script supervisors make sure those mistakes don't happen.

What does a cinematographer do?

Roger Deakins is possibly the most celebratedcinematographer working today. Over his career he's racked up 13 Oscar nominations -- including one this year for "Sicario." He's also worked with the Coen brothers on a dozen films, including their latest, "Hail, Caesar!" As a cinematographer, Deakins is responsible for how each scene of a movie looks and how it gets photographed, from the choice of camera and lens to the quality of the lighting.

Deakins, 66, doesn't just oversee the camera crew. He's always operated the camera himself. "We always joke that as I get older that the cameras get lighter and digital cameras are lighter still," he says. "So it's great for me, because I can shoot handheld without ruining my back."

Even though technology may change, Deakins says that craft of cinematography remains the same. "The filmmaking is really about capturing the moment," Deakins says. He makes sure those momentslook just the way the director intends.