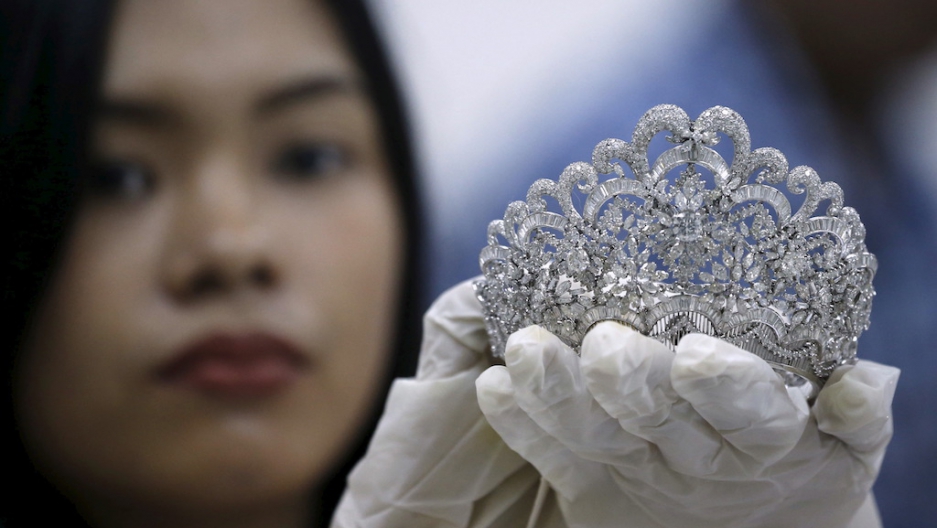 BANGKOK, Thailand — Around the world, she is known as greed personified. And now some of her finest jewels will be sold to buyers eager to own a bit of her glittering plunder.

The Philippines just approved the auction of tiaras, necklaces, gems and watches valued at roughly $21 million. A beautiful collection, perhaps, but tainted by its former owner: Imelda Marcos, wife of the now-deceased dictator Ferdinand Marcos.

Ruling the Philippines was lucrative for the Marcoses, backed by the United States for much of their two-decade reign. Before they were ousted in a mass uprising, which took place on the streets of Manila 30 years ago this month, they amassed an estimated $10 billion.

But it was a dark chapter for many Filipinos, who toiled in poverty and lived in fear as the Marcos family behaved like emperors.

As first lady, Imelda was hardly subtle about vacuuming up the nation’s wealth and buying massive diamonds, Manhattan skyscrapers and paintings by Van Gogh. But it was her 1,000-plus pairs of shoes, discovered by a mob ransacking the national palace after the couple fled in 1986, that turned Imelda’s name into a byword for callous decadence. Imelda Marcos on the campaign trail in May 2013. She has twice been elected to congress and is currently seeking a third term.

The spoils of Imelda’s corruption are so vast that, 30 years later, the government still can’t track down everything she bought with ill-gotten funds. Officials have even set up a crowdsourcing site to collect clues about the couple’s European art collection, which still isn’t fully recovered.

What they can get back — shares, real estate and $683 million deposited in Swiss banks as well as the stash of jewels — is supposed to go partly toward compensating victims of the Marcos regime. This includes those who were tortured as well as relatives of Filipinos who were unlawfully executed. More than 75,000 people have filed claims of human rights violations.

Whoever buys Imelda’s jewelry will effectively help compensate these victims, says Cesar Sarino, president of the Philippines’ state-owned PostBank and member of a commission designed to sustain the 1986 revolution’s ideals.

The proceeds might also go into the national treasury, he says, which is still crawling out of the debt hole dug by Marcos. By some estimates, the nation won’t pay off loans racked up by the Marcos government until 2025.

But the Philippines, he says, is at a “turning point” in which “a majority of our population never experienced martial law. So they struggle to decipher the past and see how a dictator enriched himself and led us down a dark alley.”

Demographically speaking, the Philippines is a young nation, with more than half the population born after the end of Marcos’ rule. Having never lived under a dictatorship, Sarino says, they are susceptible to a whitewashing of the Marcos era.

“Millennials aren’t big supporters of the Marcos family. But they are far too neutral,” he says. “They’re hearing an organized effort by the Marcos family to request that we forget our history. The entire family keeps saying there’s no need for apologies.” 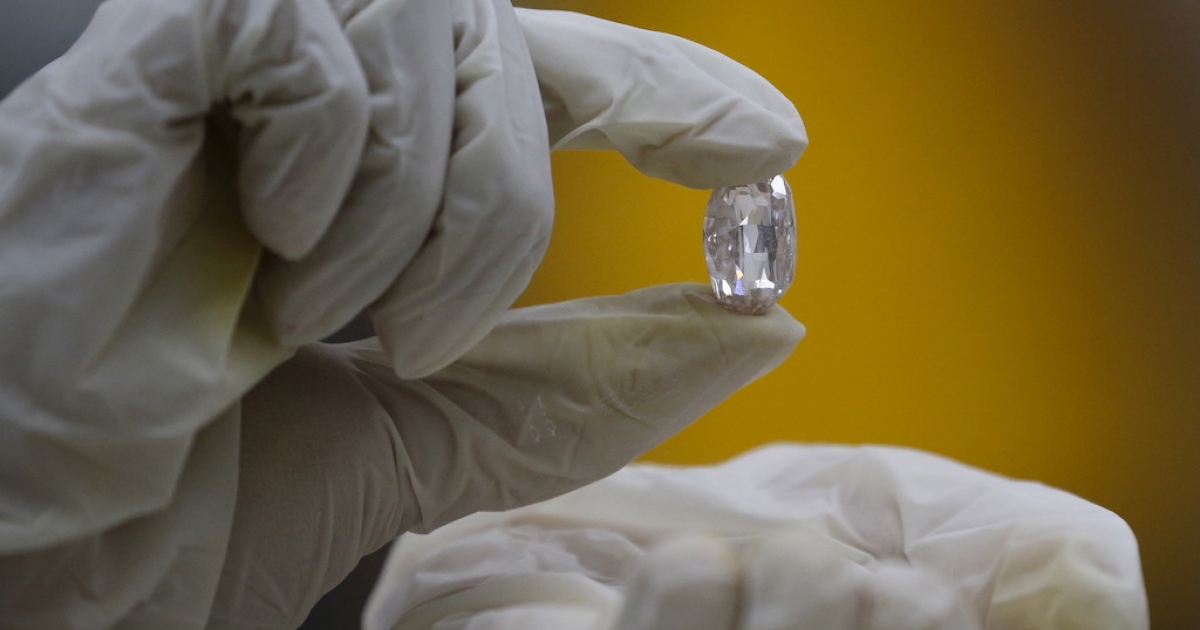 A rare 25-carat pink diamond will also be up for auction. It's expected to fetch at least $5 million.

Many Filipinos who giddily toppled the Marcos family in 1986, and sent them fleeing to Hawaii, are now aghast at the current state of politics. “There were a lot of high hopes then,” says Walden Bello, an academic and former anti-Marcos protester who has served in the House of Representatives of the Philippines.

“The unfortunate thing is that elite politics — corrupt and non-transparent — is what we got,” he says. “We’ve got a competitive democracy, yes, but it’s mostly competitive among elite families playing musical chairs.”

Among those families: the Marcoses, who have clawed their way back to power.

The patriarch, Ferdinand, died in Honolulu in 1989. But back in the Philippines, his widow Imelda is a congresswoman, his daughter Imee is a governor and his son, Ferdinand “Bongbong” Marcos, Jr., is now a serious contender for vice president.

Bongbong, campaigning ahead of polls in May, sees his family name as a selling point, not a liability. A spokesman for the Philippine president condemned the Marcos scion as a shameless politician who has “glorified the dark days of martial law.” Those who rallied against Marcos in the 1980s fear that the spin might just work.

The Philippines is hobbled by disorder and weak rule of law. This has given Bongbong a window to exalt the supposed “discipline” that existed during his father’s rule. Pressed to apologize for his family’s abuses, he instead spouts a list of regime achievements: roads built, power plants opened, an era when he claims that “life was easy.”

“This is really alarming,” Bello says. “There might be people seduced into favoring another authoritarian system. But we can’t just blame the youth for being ignorant. We have to blame the system for failing to deliver on so much democratic promise.”

The auction of Imelda’s confiscated jewels is expected to be held sometime before June, when the current administration ends.

In the meantime, the collection — which includes a $5 million pink diamond that’s as big as a grape — is being prepped for public exhibition so that young Filipinos who never lived through the dictatorship can at least witness the sparkling depths of its corruption.

More from GlobalPost: Open your wallet — it's Robert Mugabe's birthday