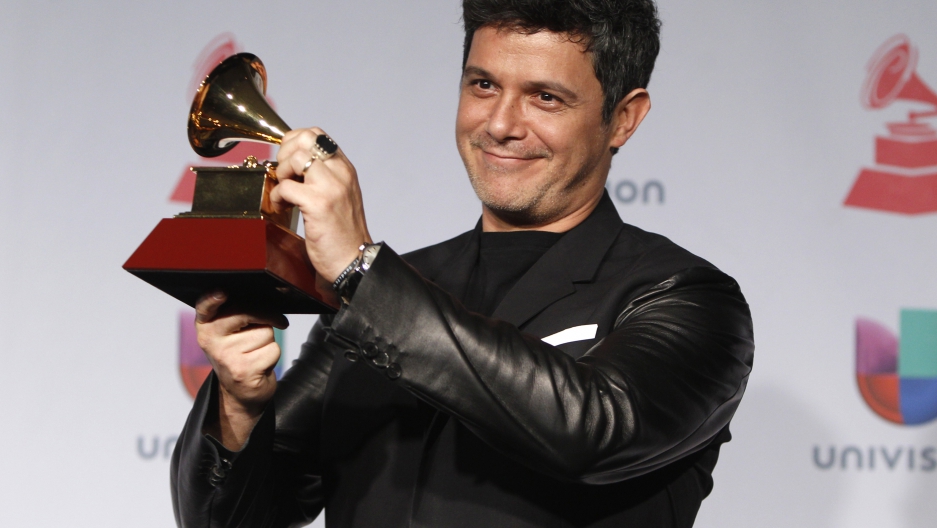 First he took off his guitar. Then he walked offstage and yelled at a man.

That audience member had been harassing a woman in the crowd.

The concert interruption by Spanish singer-songwriter Alejandro Sanz caused a stir on social media and put Mexico's gender violence problem in the spotlight.

Security personnel removed the man after the singer walked offstage. Sanz then apologized to the crowd, saying, "I don't put up with anyone hitting anyone else ... especially not a woman." You can scroll to the end to see a video of this.

His actions and remarks have earned him praise on social media, from celebrities including Antonio Banderas, but more importantly, they caught the attention of Mexico's National Police.

The 47-year-old Sanz is a superstar, beloved by women throughout the Spanish-speaking world. His Latin American career largely took off in Mexico. Sanz has a child with a Mexican model and has said he often feels like he never left the country.

His standing up for the woman in the crowd has resonated because violence against women is so prevalent in Mexico. Some stats:

(If you're a Spanish reader, you can find more detailed statistics in this document from Mexico's Instituto Nacional de las Mujeres.)

Recently, a Catholic women's organization in Mexico put out a letter asking Pope Francis to address increased violence against women in the country.

But it's Alejandro Sanz's performance-stopping removal of presumably an abusive partner that has dusted off the issue across international headlines.

Sanz was already a heartthrob — recently the Spanish newspaper El País reported that a fan pretended to be a reporter to get into a press conference with the singer. She asked him, "What's the craziest thing a fan has done for you?" and then confessed before her mic got taken away. Now, it appears he's even more so.