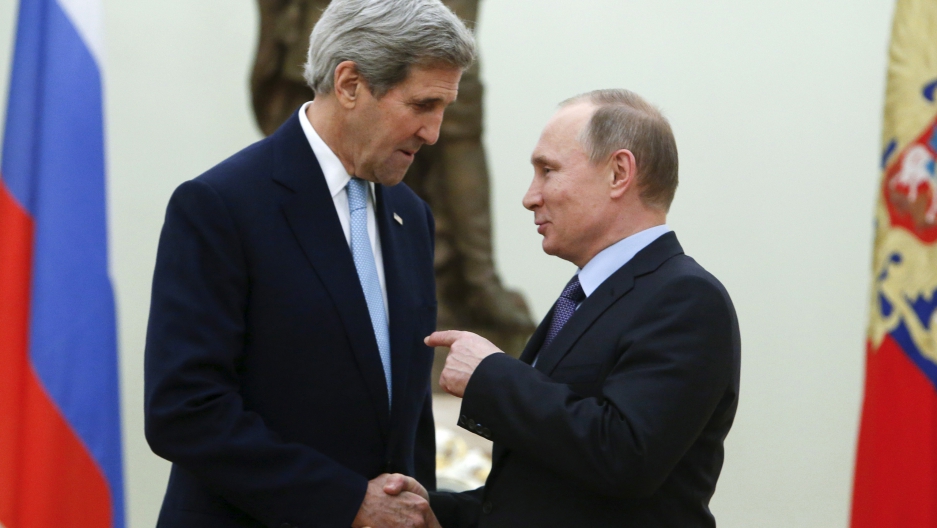 The US and Russia have brokered a partial cease-fire in Syria — a development that could be a step toward peace in the war-torn country.

This isn’t the first time the two world powers have come together on Syria. They did something similar to negotiate the destruction of Syria’s chemical weapons stockpile in 2013.

As journalist Kimberly Dozier recently reported in The Daily Beast, the chemical weapons agreement was actually the result of a secret, year-long partnership between the two countries.

In 2013, when Syria’s ruler Bashar al-Assad agreed to hand over the country’s chemical stockpile, it looked to outsiders like a sudden breakthrough. John Kerry had recently threatened to use airstrikes if Syria didn’t give up its weapons of mass destruction.

“Within hours, the Russian foreign minister seemed to seize on that and say, we could make that happen,” says Dozier. “It sounded like it happened spontaneously.”

Dozier discovered that the agreement wasn’t sudden at all — it had been discussed numerous times at high-level meetings in Europe. “Russian and US officials had actually been talking in secret for about a year,” says Dozier.

What’s more, Russian and American scientists had teamed up to improvise the technology needed to destroy Syria’s chemical weapons.

The biggest technical challenge was developing a mobile site for the destruction of chemical weapons. “It’s illegal to transport these weapons across country lines,” says Dozier, which meant they couldn’t be destroyed in Russian or American plants.

As a result, American and Russian scientists had to modify factory-sized equipment so it could be brought to Syria. “What they did is shrink the technology of hydrolysis,” says Dozier, referring to the chemical process that breaks down chemicals in water. “They put it in the back of shipping containers.”

The successful partnership behind the chemical weapons deal could have lessons for negotiations today, especially because of the tense relations between the US and Russia.

But Dozier suspects that the 2013 agreement wasn’t just a case of two nations getting along. She says that Russia was probably responding to Kerry’s threats. “Russia saw that its client state, Syria, was about to get hit,” she says. “They were not receptive until the US threatened the use of force.”

It seems likely that today’s agreement between the US, Russia, and Syria is just as complicated.