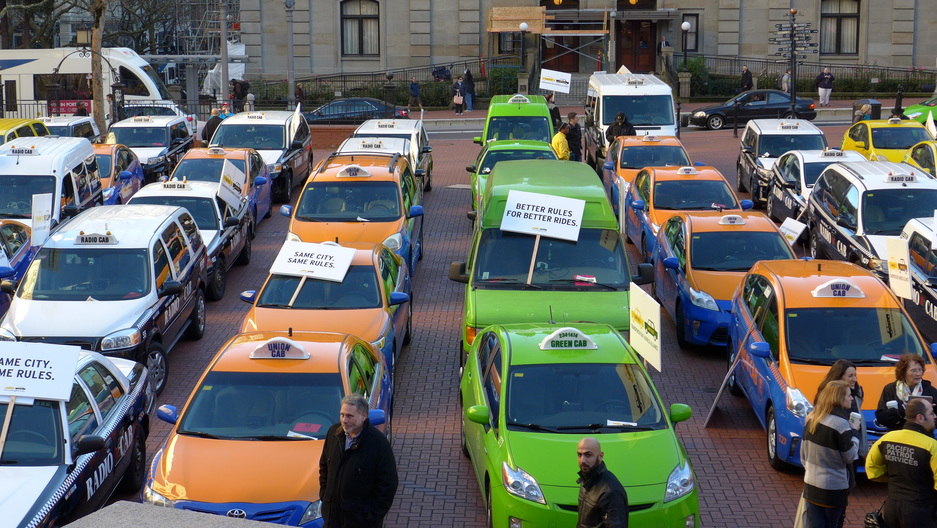 The gig economy. The 1099 economy. The sharing economy. Whatever you want to call it, the idea of part-­time work facilitated by companies like Uber or TaskRabbit seems like it’s the future.

But Steven Hill, the author of "Raw Deal," says if this is the future of work — it’s a very dark future.

First of all, Hill argues that contract workers have a tough time just making enough money:

“It’s OK if you’re driving a few extra hours a week to make money, but if you’re actually trying to make a living at this, it really isn’t working out very well.”

And though Silicon Valley types might tout the perks of "being your own boss" or owning your own company, Hill thinks few people actually benefit from that sort of setup.

“Not everybody has the personality cut out to be their own self­starter, entrepreneur. And I think some of the visionaries that really try to push this sharing economy miss that point.”

But most important of all, he says, there’s no safety net in this type of job. Contract employees aren’t offered health care, they don’t have job security, and there isn’t any unemployment or injured worker compensation.

Though the last few years have indeed produced substantial job growth, Hill is worried by temporary employment and gigs with no benefits. That safety net, he notes, “made America’s middle class the envy of the world,” and it should be brought back.

“It is the case that, left to their own devices, these companies will treat their workers horribly, and that’s what they’ve been doing.”