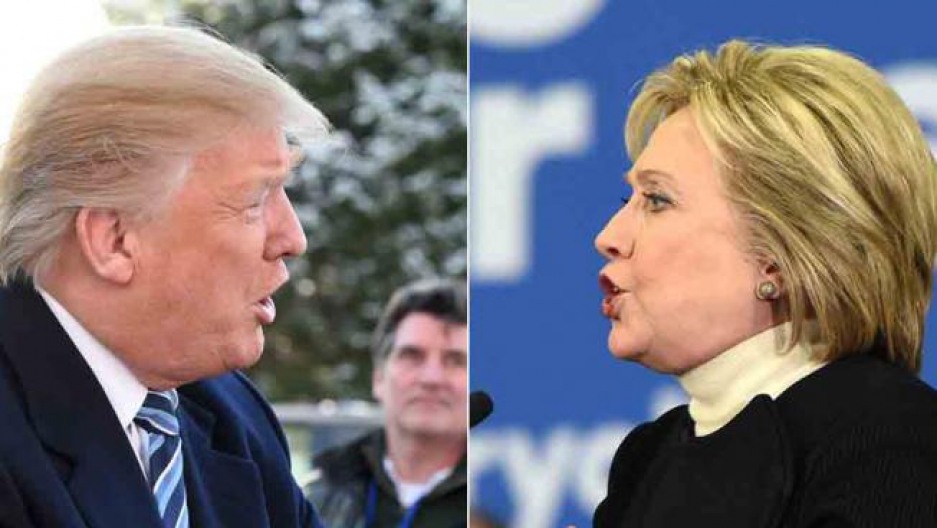 It’s been fun. But with Donald Trump increasingly looking like he might actually win the Republican presidential nomination, there are signs that voters — and the media — are ready to get serious.

First, despite a narrower victory in the Nevada caucuses than anyone would have expected a few months ago, Hillary Clinton may be poised to cruise to the Democratic nomination and leave Bernie Sanders in her rearview mirror.

According to polling analysis conducted by FiveThirtyEight, Clinton is virtually certain to win South Carolina on Feb. 27, as well as all seven of the 10 Super Tuesday states the site is tracking.

Maybe this simply reflects the Clinton campaign’s natural strengths. But it may also represent a calculation on the part of Democratic primary voters that Clinton is more likely to beat Trump than Sanders is.

Second, the Michael Bloomberg media boomlet may be coming to an end. According to Michael Crowley of Politico, Bloomberg and the people around him believed he might stand a chance of winning as an independent against a couple of outsiders like Sanders and Trump — but that he has no stomach for running against Clinton.

“If he runs with Hillary in the race he could wind up being the guy responsible for making Donald Trump president and he doesn’t like Trump at all — I don’t think he wants to go down in history as being the guy who elected Trump,” Crowley quoted an investor as saying.

So where does that leave us? With a little more than eight months to go until the November election, what we see may be what we get: a Democratic nominee whose strengths and weaknesses have been on public display for the past quarter-century versus a Republican nominee who spews hate toward Latinos and Muslims, advocates torture and calls for the murder of terrorists’ families.

For Clinton, the risks in the months ahead are considerable, even if her nomination seems all but assured. She’s an effective fighter when cornered. But when events are moving her way, she has a tendency to let her foot off the gas and cruise, with predictably disastrous results.

It happened in 2008, when she found her voice and transformed herself into an effective presidential candidate only after Barack Obama had taken what proved to be an insurmountable lead.

It happened again last fall, when her triumphant congressional testimony on Benghazi and a strong performance in the first Democratic debate seemed to ensure an easy ride for her. Instead, she reverted to her default setting — bland, overly cautious — and let Sanders become the second biggest story of the campaign after Trump.

Why does this keep happening? My guess is that Hillary, unlike Bill, doesn’t particularly care for politics and prefers to draw into herself except when she’s facing an existential threat.

Barring something completely unforeseen (and I would never rule out such a thing), Sanders will be little more than an irritant moving forward. As that perspicacious political observer "Richard Nixon" put it the other day, “Sanders is no longer a wolf at Mrs. Clinton’s door. At worst he’s a dog who won’t shut up.”

But Clinton is also likely to look a lot more formidable in the afterglow of Super Tuesday next week than she is in the fall, even if Trump is her opponent. Among other things, her private email server — which, to my mind, she has never adequately explained — is liable to keep coming up as an issue. Trump will go after the Clintons with everything he’s got, something he gave us a taste of recently when he trotted out victims of Bill’s sexual harassment.

In a Washington Post opinion piece, Harvard’s Danielle Allen came very close to comparing Trump to Hitler (personally, I think Berlusconi is a more apt analogy) and urged Republicans to stop Trump before Clinton is the only person left standing in his way. Allen wrote:

"Republicans, you cannot count on the Democrats to stop Trump. I believe that Hillary Clinton will win the Democratic nomination, and I intend to vote for her, but it is also the case that she is a candidate with significant weaknesses, as your party knows quite well. The result of a head-to-head contest between Clinton and Trump would be unpredictable."

Whether Clinton prevails over Trump will depend at least in part on the press doing its job. The false equivalence of trying to cover the campaign from the exact midpoint between Clinton’s moderate liberalism and Trump’s dark rantings is not what our democracy needs.

The media, which has done so much to enable Trump’s rise (as that noted critic Newt Gingrich pointed out Monday), must hold him accountable for his ugly anti-American rhetoric, a business record rooted in “good old-fashioned bullying,” and his utter lack of relevant experience to be president.

If nothing else, it's been an interesting campaign. That's not necessarily a good thing.