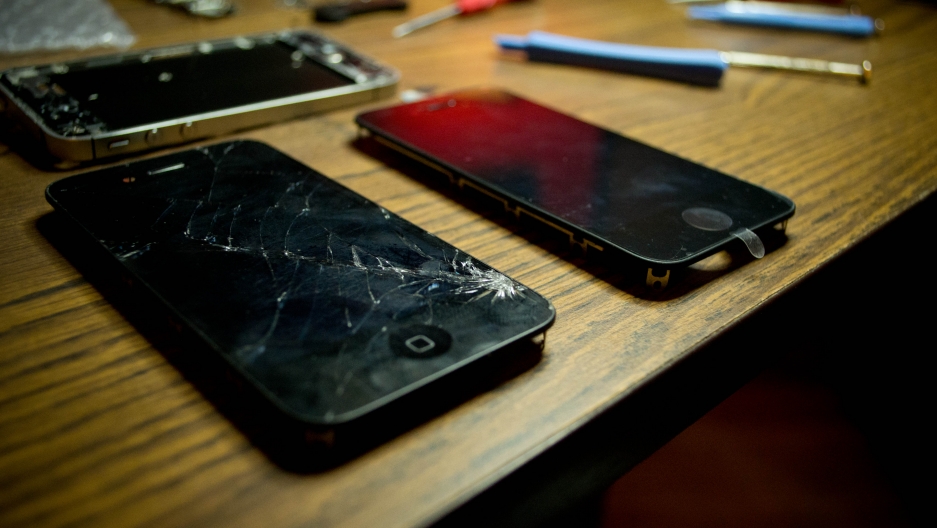 About five years ago, Apple made a change to the iPhone. A tiny change. One that you probably wouldn’t think is that important.

Apple changed the phone’s screws. Specifically, they shifted from Phillips to Pentalobe screws.

These new pentalobe screws mean that if you want to get into your iPhone to repair it, well, that’s really difficult. (Physically get into it, that is. This is completely unrelated to the San Bernardino/lock screen controversy.)

Kyle Wiens, the founder and CEO of iFixit, says this troubles him:

“This is crazy. This is like the car company saying, when you take your car in for service: ‘When we’re done, we’re going to weld the hood shut so you can’t get back in.’ It’s preposterous. We should have a presumption that we can get inside anything we own. It’s our product, not theirs, we paid them for it. They’ve made their money; we should be able to extend the product’s life if we need to.”

And Wiens says that new gadgets are getting harder and harder for us to modify and tinker with. (Even farm equipment is now difficult to repair.) And if you want your phone to last for five or ten years, that’s an issue. But Wiens thinks it’s not an issue that big tech companies are particularly concerned about.

Wiens says it’s possible “that this is a strategy to either force us to use their repair options, or to force us to buy a new product. When you talk with manufacturers, they’ll throw out all these straw man arguments, they’ll say ‘well it’s not safe for you to go in and repair your phone.’ Fixing phones is an extremely safe endeavor; I’ve never ever heard of anybody hurt from fixing a phone.”

And with the amount of materials and waste that goes into making a new gadget, the fact that they don’t last doesn’t just hurt consumers, Wiens feels it hurts the Earth itself.

But the impact goes beyond environmental degradation. Wiens thinks that these new products discourage tinkering. And tinkering is important: