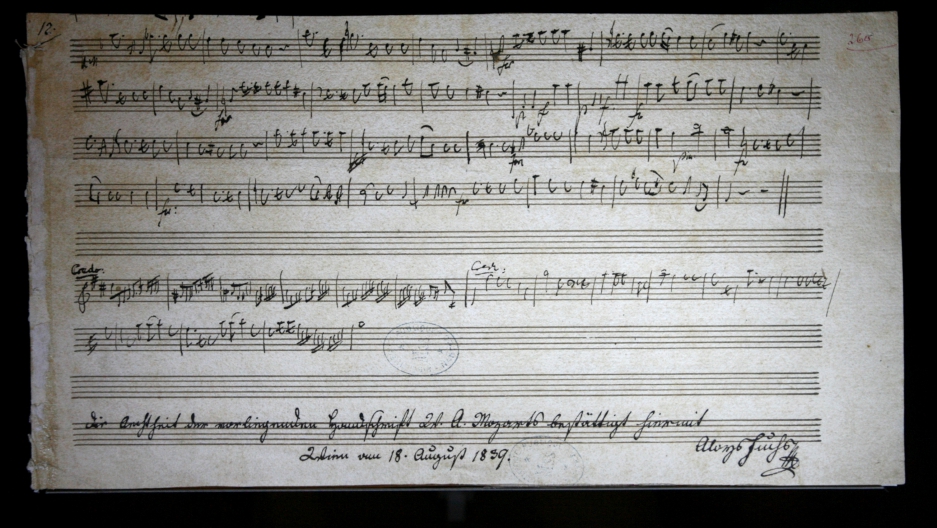 A Swedish company has developed a tablecloth with both a drum kit and piano keys printed on the fabric — turning dinner into a musical recital.

Li Guo and Mats Johansson from Smart Textiles, a technology company based in the southern Swedish city of Boras, are behind the smart fabric creation. They say turning a tablecloth into an instrument is all about the sensors.

Johansson, who has a keen interest in music, said the team wanted to combine sounds and textiles in a fun way.

"The special thing is, of course, that it is all from textile technologies. We have the woven cloth but on that we added prints for the piano, we added other laminated textile structures for the drums. And these are also from knitted fabrics. And then sewing as connectors or taping, so it is all technologies that we are familiar with in textiles now used for an entertaining purpose in this case," Johansson told Reuters.

His colleague Li holds a doctorate in textile sensors and is researching how to integrate them into garments.

The tablecloth is partly made of conductive fibers that can carry current and convert it into signals.

"You can see that we have several different pins here, so they are actually functioning as sensors. So when you press one you actually switch it on. And the technology behind this is sense capacitive coupling. So actually it senses any of the conductors and you know that human beings are conductors so when we put our finger on it, it actually switches on," Li explained.

Although the technology is far from fully developed, Li sees many possible uses in the future.

"Sensors can be of different kinds. Now we have touch sensors here. We also work with stretchable sensors and textile electronics that can get signals from heartbeats for example from the human body. So that can be very helpful with home-based health monitoring," Li said.

Johansson said the most difficult part was to connect the soft material with hard electronics, one of the major challenges in smart textiles.

"The problem today is very much where you get this change from the actual fabric to some kind of electronics, from soft flexible things to the rigid hardware and of course the electricity, the batteries. They are difficult to make from the actual textiles but we have projects that try to look also into that. To make them even flexible and lighter and so on," he said.

The team is predicting that in the not too distant future, there will be sensors in clothing that monitor and send data, making what you wear a tool to keep you healthy while making a fashion statement.