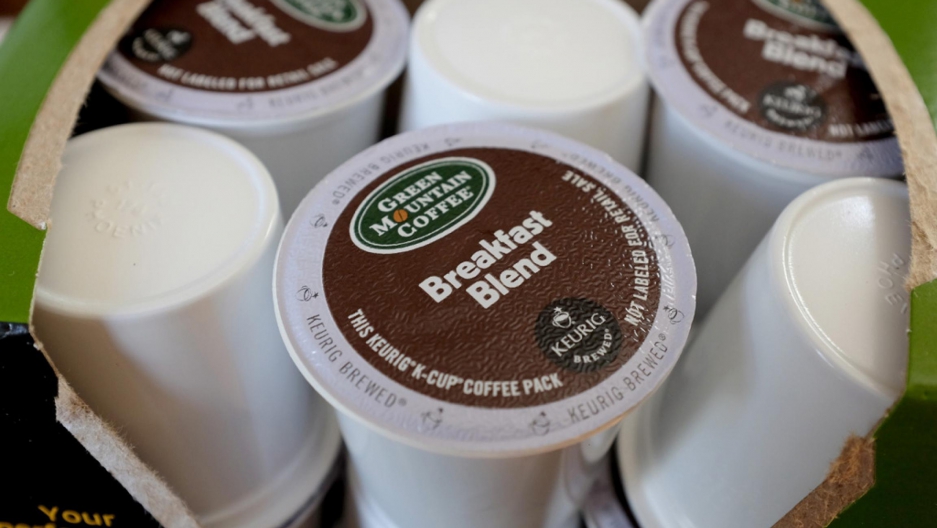 First comes knowing that Keurigs and other single-use coffee makers are wasteful. Then comes refusing to buy one even though they are extremely convenient and allow for more variety than your average drip coffee maker.

Finally comes not having access to one at work. That's about where Hamburg is.

Hamburg officials said the ban was based on the fact that coffee pods "cause unnecessary resource consumption and waste generation." They are hard to recycle given that they are made of a combination of plastic and aluminum, and moreover:

"It’s 6 grams of coffee in 3 grams of packaging. We in Hamburg thought that these shouldn’t be bought with taxpayers’ money," Jan Dube, spokesman of the Hamburg Department of the Environment and Energy, told media.

To be fair, the ban includes bottled water, beer, plastic plates and cutlery, among other items. But more than any of those other items, the ban has highlighted once again the fact that single-use coffee makers are bad for our planet — which, granted, is something we have known for quite some time.

The Atlantic reported last year that if you lined up all the used Keurig pods sold in 2014, they would encircle the globe nearly a dozen times.

More from GlobalPost: 8 ways you are killing the environment that you probably didn't even realize

That's bad. Even Keurig inventor John Sylvan said as much when he essentially apologized for inventing the contraption in the first place.

Despite these overt and glaring negatives, the market for single-use coffee makers has been growing. Since 2011, it has tripled in Western Europe and the US, where coffee pods make up about a third of all coffee sold.

A Keurig spokeswoman contacted GlobalPost after this story was first published to highlight that the company is developing recyclable products.

"The recyclability of our K-Cup pods, predominantly sold today in North America, is an issue we take very seriously and while it’s a complex challenge, we have a stated goal to have 100% of our K-Cup pods be recyclable by 2020," wrote Katie Gilroy. "To achieve our goal we are working on the design of the pods ... with recycling and plastics industry experts."

According to Quartz, pod-machine sales outpaced drip-coffee makers in Western Europe for the first time in 2013.

Hamburg is the first city to take matters into its own hands, but it may not be the last.