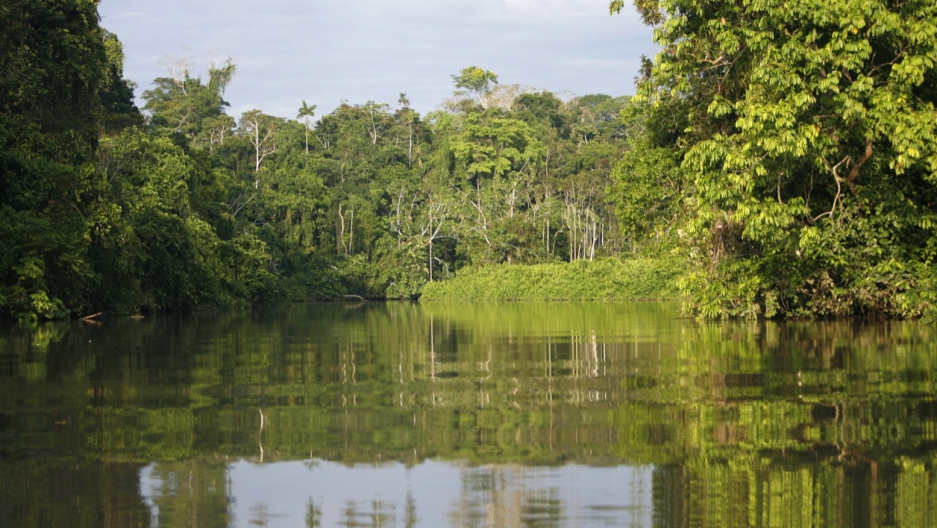 The Kapawi river, in the Ecuadorean rainforest of Kapawi.
Credit: Guillermo Granja
Share

Editor's note: The Embassy of Ecuador on Feb. 16 requested the right to respond to a photo essay about the plight of a Huaorani indigenous community in the Amazon rainforest. The Embassy's commentary follows.

The article published in GlobalPost on Feb. 13, titled "These indigenous Amazonians are standing up to Ecuador's oil invasion," includes inaccuracies and ignores the changes that occurred in Ecuador in oil exploitation since the beginning of the Citizen’s Revolution government in January 2007. Respect for nature and the people of the Ecuadorian Amazon has been the primary objective.

Ecuador is perhaps the country that has extended the greatest protection to the environment, including in its Constitution the environment’s rights, something unprecedented, denoting its concern to protect the environmental patrimony and diversity.

Respect for all ways of life, organization, participation and the continuation of the Huaorani communities’ own way of life is and has been absolutely considered in the development of hydrocarbon production. Environmental and petroleum legislation in the country provides a number of mechanisms for participation and compensation for the activities taking place on their territory before, during and after the exploitation of this natural resource. For the protection of the groups in voluntary isolation, like the Taromenane and Tagaeri, not only does Article 57 of the Constitution provide protection, but Ecuador delimited the Intangible Zone on Jan. 3, 2007, by Executive Decree 2,187, establishing a special protected area to preserve their decision to remain isolated. In addition, on April 18, 2007, the Government enacted the National Policy for Peoples in Isolation.

[Here is Ecuador's Constitution in English.]

Regarding the exploitation of the fields within the Yasuní National Park, it is important to note that the Yasuní-ITT initiative sought, in a truly innovative way, the contribution of the world for the non-development of oil sites in a highly diverse area in flora and fauna. Unfortunately, after six years, the international community did not show sufficient support for this initiative, and President Correa declared "The world has failed us." In view of the commitment to the environment, the exploitation of the Ishpingo and Tambococha fields includes the highest standards of quality and the best techniques and technology will be used to minimize any environmental impact.

The National Assembly (Congress) declared the exploitation of Blocks 31 and 43 of national interest in an area no greater than one per thousand of the surface of the Yasuní National Park, in order to meet the essential duties of the State; guarantee the rights of people, communities and nature, in order to reach the Sumak Kawsay — the indigenous philosophy of Good Living that guides the economic, social and political model of the current Administration. The resources of these blocks will aid in the fight for the elimination of poverty of the people in the area and the rest of Ecuador.

Finally, the Waorani Nationality of Ecuador (NAWE), along with their associations, has signed a series of agreements with the State and companies to develop projects in their communities, one of them with the Ministry of Justice, Religious Affairs and Human Rights where mechanisms for the protection of the rights of peoples in voluntary isolation, like the Taromenane and Tagaeri, among other states. This in order to have a democratic, inclusive and legitimate process.