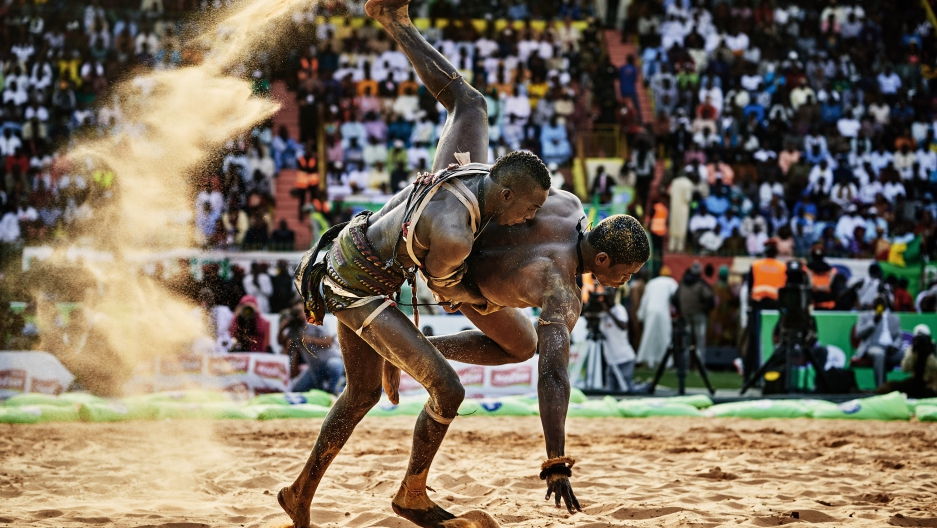 Warren Richardson's photo — of a man handing a baby under barbed wire on the Serbian-Hungarian border — is lit only by moonlight, as he didn't want to alert police to the location of the refugees he was following.

"I camped with the refugees for five days on the border. A group of about 200 people arrived, and they moved under the trees along the fence line. They sent women and children, then fathers and elderly men first. I must have been with this crew for about five hours and we played cat and mouse with the police the whole night. I was exhausted by the time I took the picture," he told the World Press Photo Foundation. 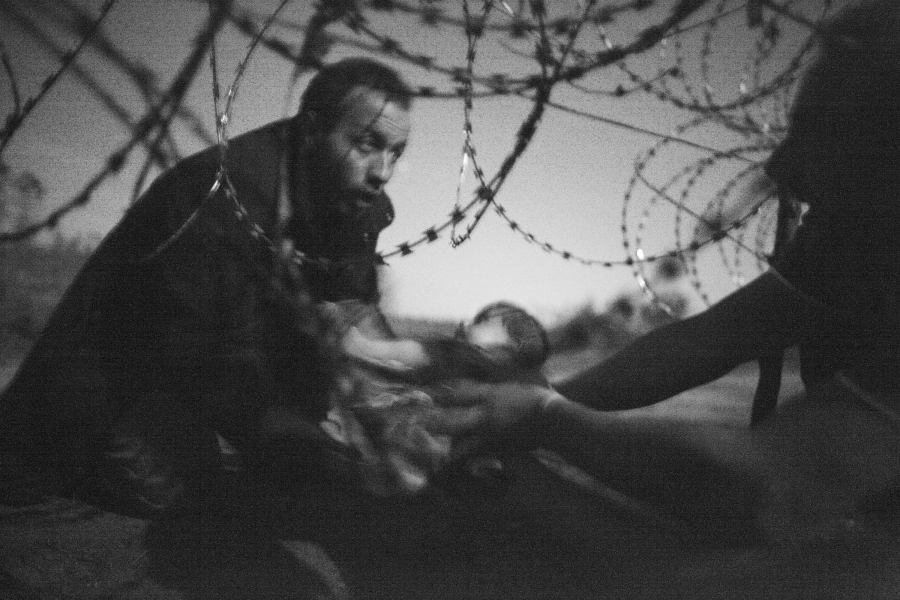 A man passes a baby through the fence at the Serbia/Hungary border in Röszke, Hungary, 28 August 2015.

Richardson's photo was only one of many winners who were documenting the refugee crisis. But the photos covered a wide range of topics, including the Paris attacks, the earthquake in Nepal and protests in the US over police violence.

Note: Some images in this story may not be suitable for all audiences. 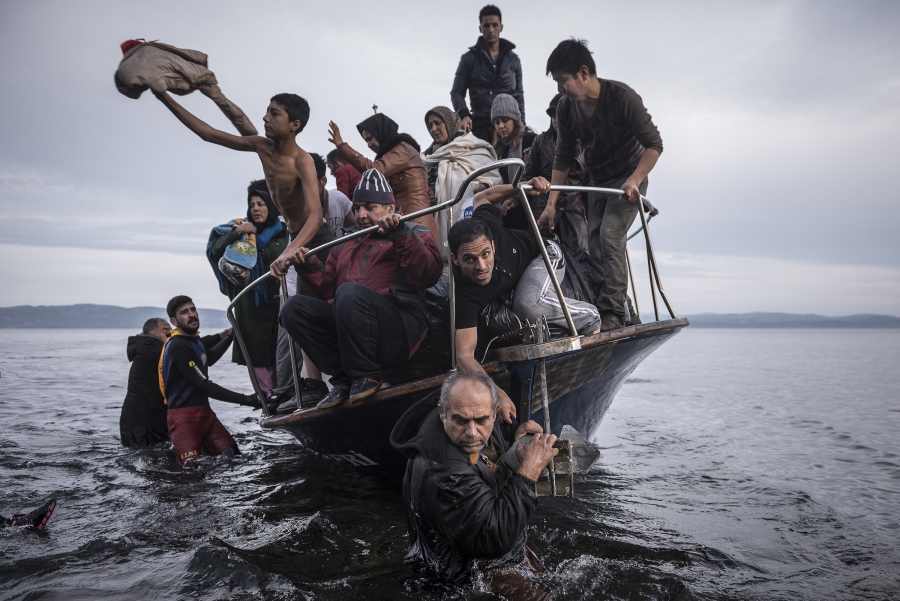 Refugees arrive by boat near the village of Skala on Lesbos, Greece, November 16, 2015.

Life in the Cult of Kim 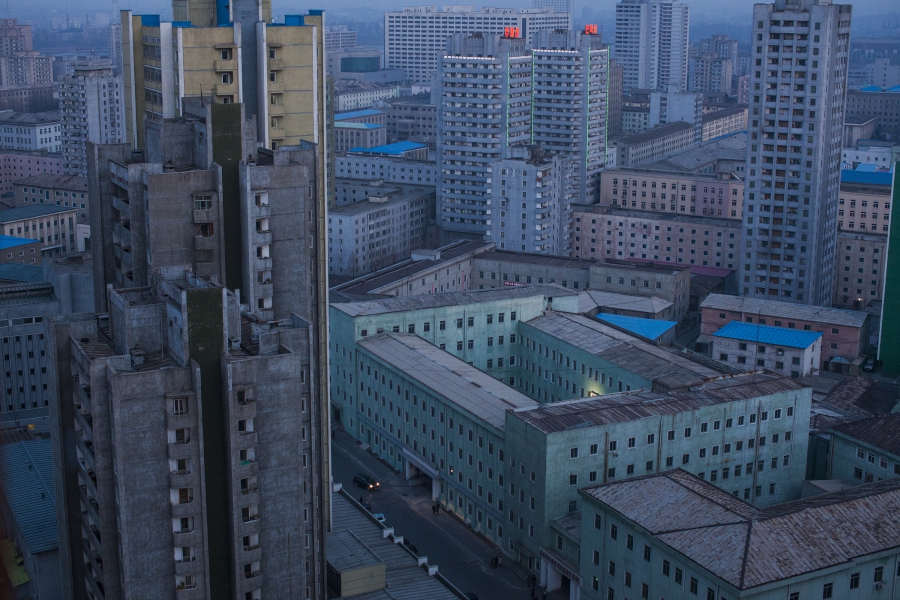 March Against Terrorism in Paris 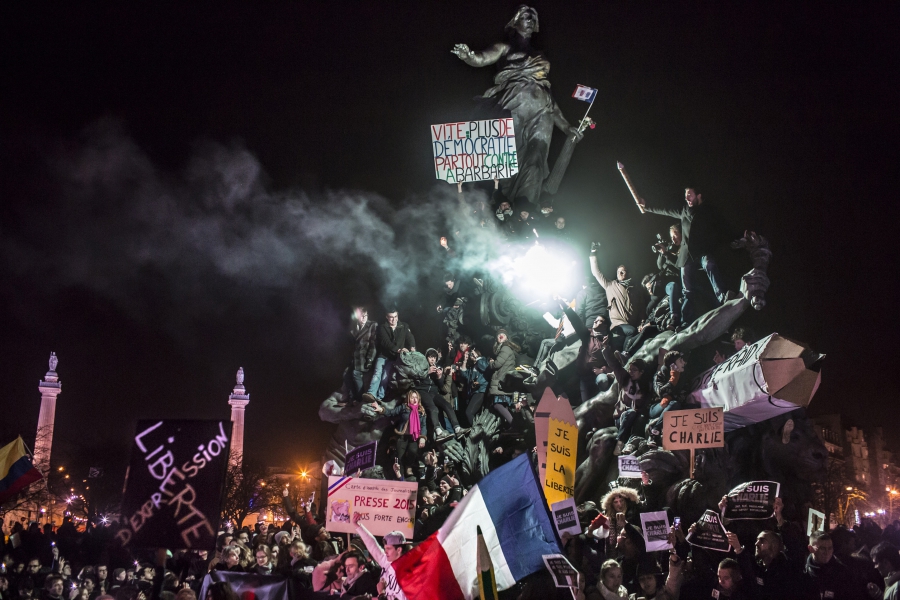 Demonstration against terrorism in Paris, after a series of five attacks occurred across the Île-de-France region, beginning at the headquarters for satirical newspaper Charlie Hebdo. Paris, France, January 11, 2015. 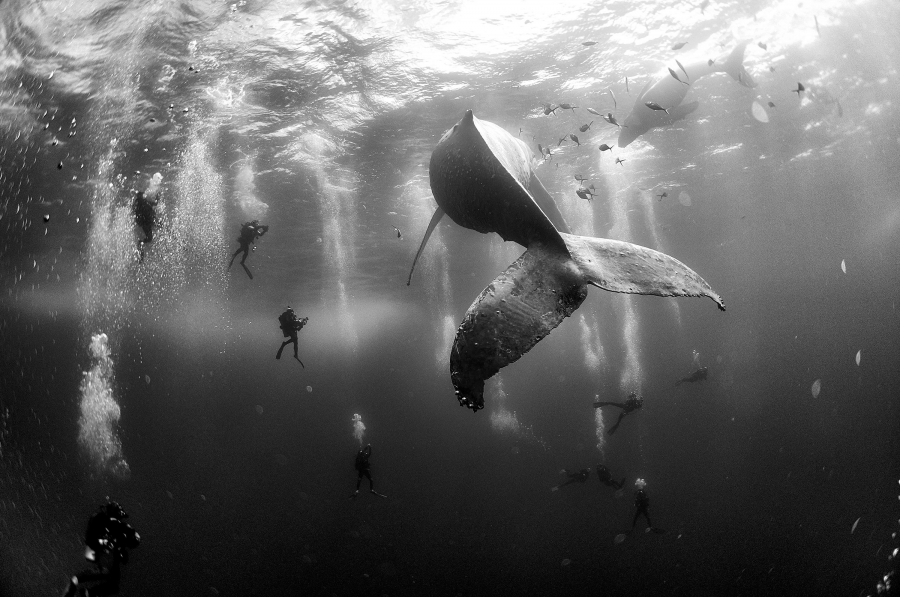 Divers observe and surround a humpback whale and her newborn calf whilst they swim around Roca Partida in the Revillagigedo Islands, Mexico, January 28, 2015. 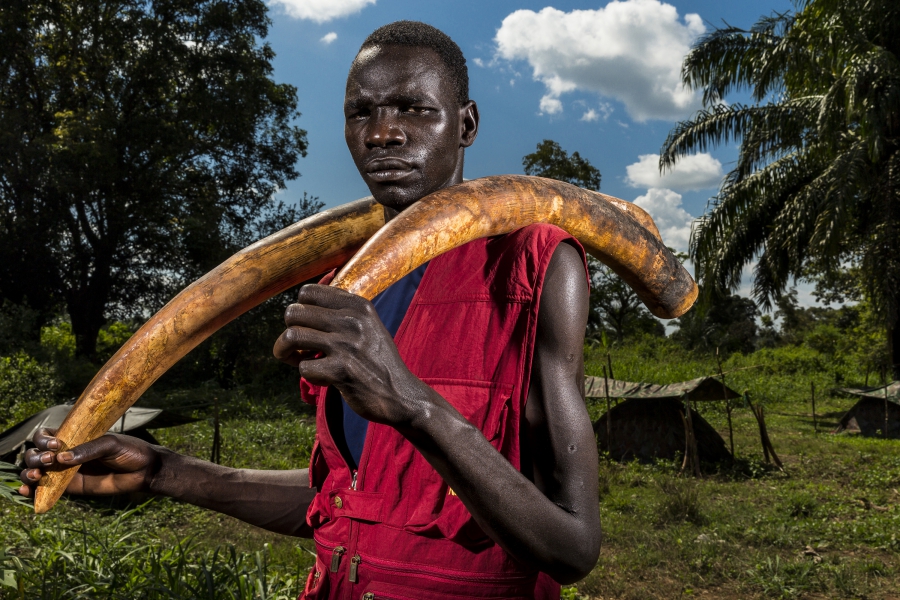 A Lord’s Resistance Army (LRA) fighter holds two ivory tusks. Ivory is a means of financing the LRA and is used for both food and weapon supplies. Near, Sudan, November 17, 2014. 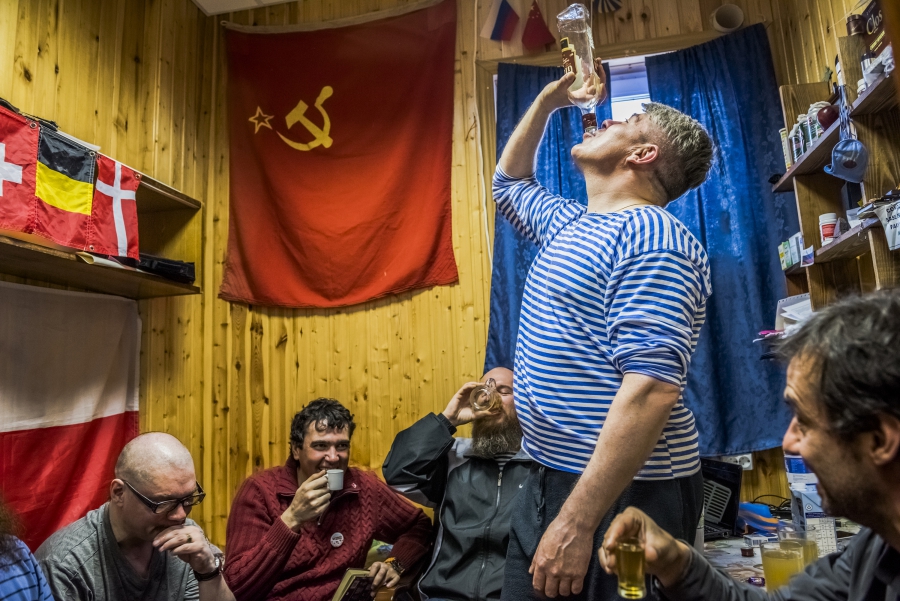 The winter expedition crew of a Russian research team and a Chilean scientist drink Samagon, a homemade vodka, in a bedroom of the Bellingshausen Antarctica base; Fildes Bay, Antartica, November 28, 2015. 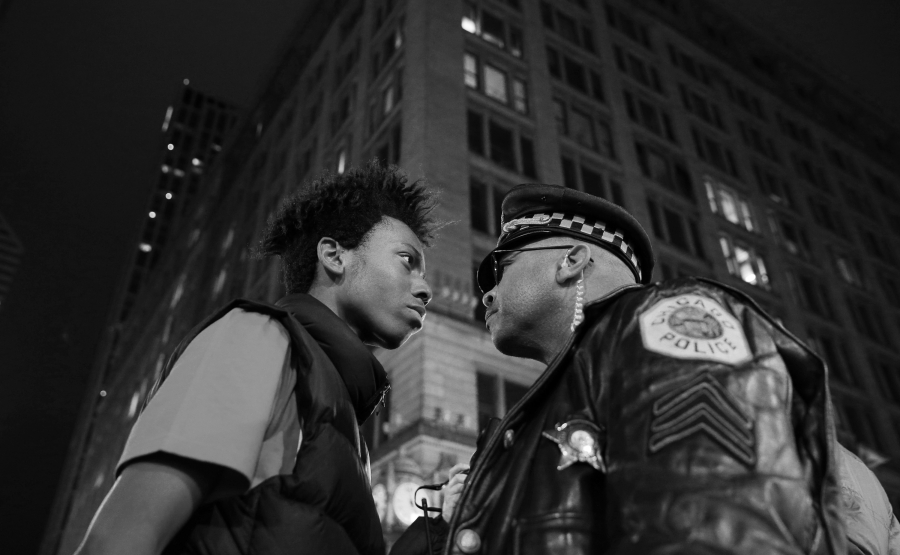 Lamon Reccord stares down a police sergeant during a protest following the fatal shooting of Laquan McDonald by police in Chicago, Illinois, November 25, 2015. 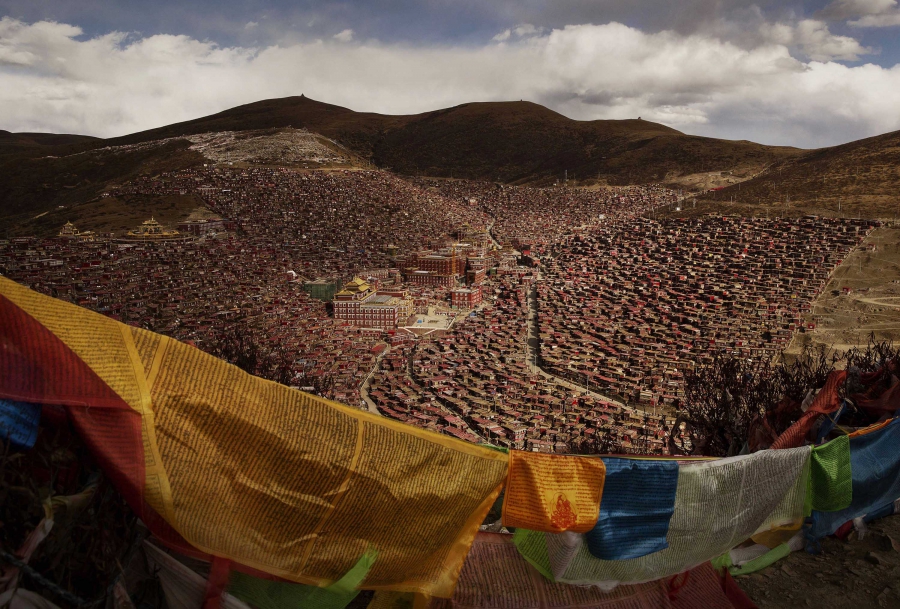 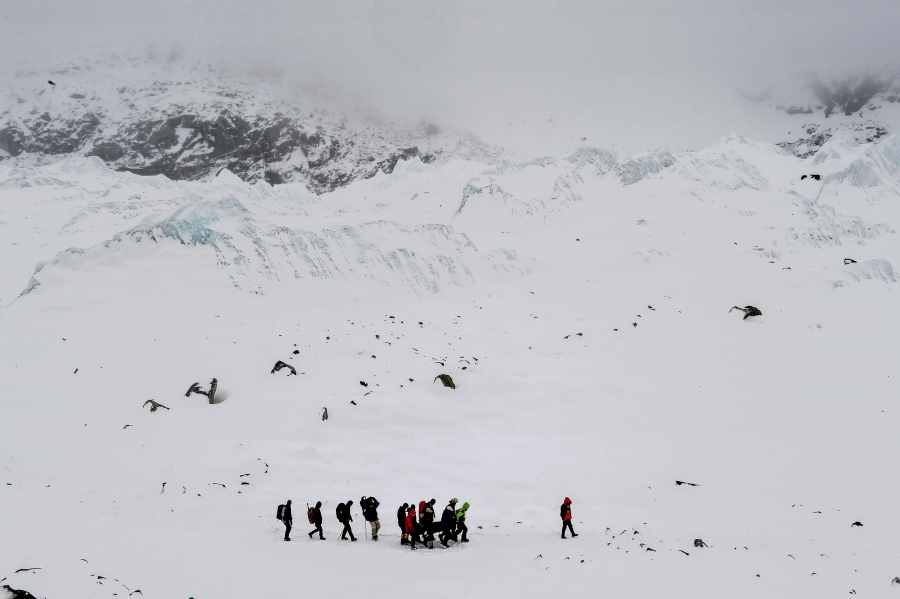 Rescuers carry an injured person to a medical tent after the avalanche hit the Everest Base Camp. Nepal, April 25, 2015. 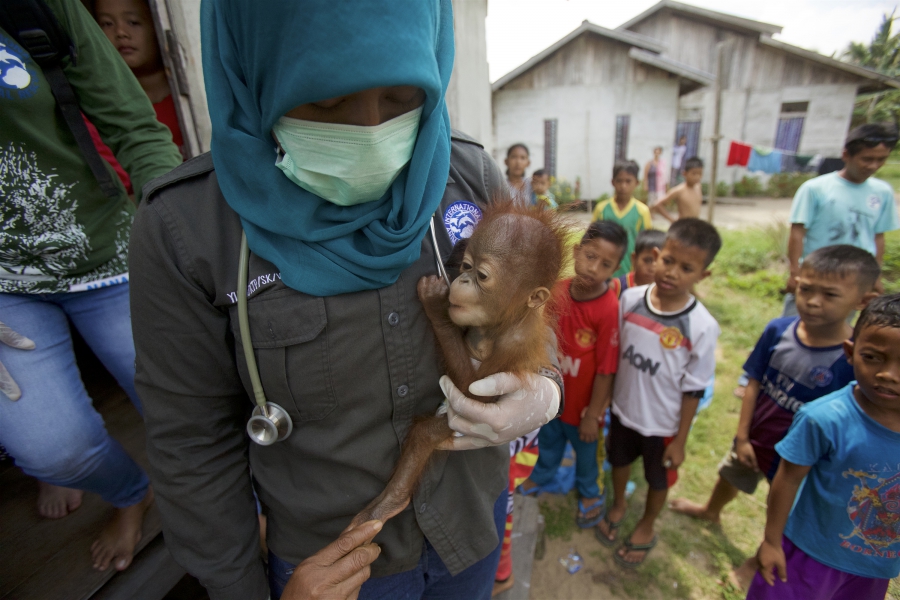 A veterinarian from International Animal Rescue carries a Bornean orangutan baby from a house where it was kept illegally as a pet in the village of Sungai Besar, West Kalimantan Province, Indonesia, July 27, 2015. 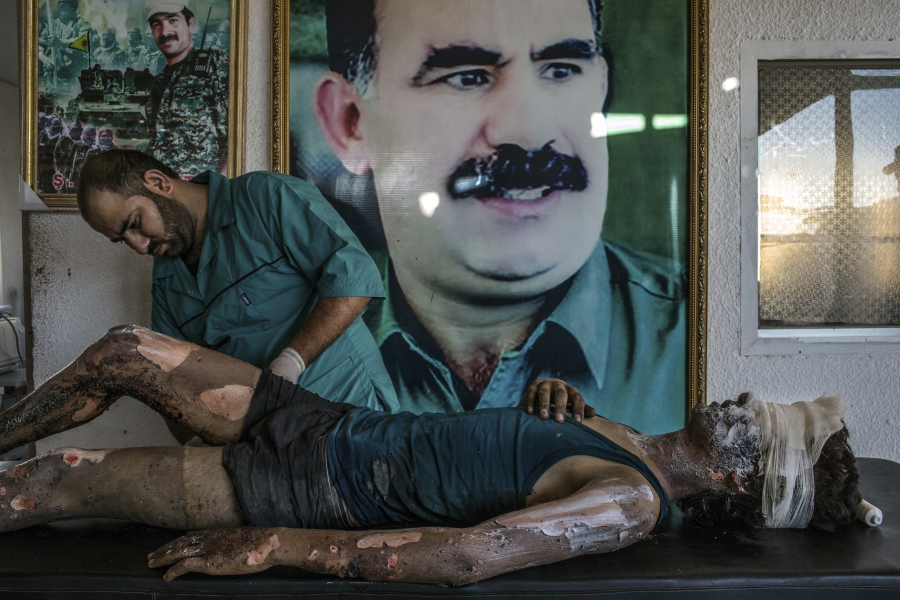 A doctor rubs ointment on the burns of a 16-year-old ISIS fighter named Jacob in front of a poster of Abdullah Ocalan, the jailed leader of the Kurdistan Workers' Party, at a YPG hospital compound on the outskirts of Hasaka, Syria. 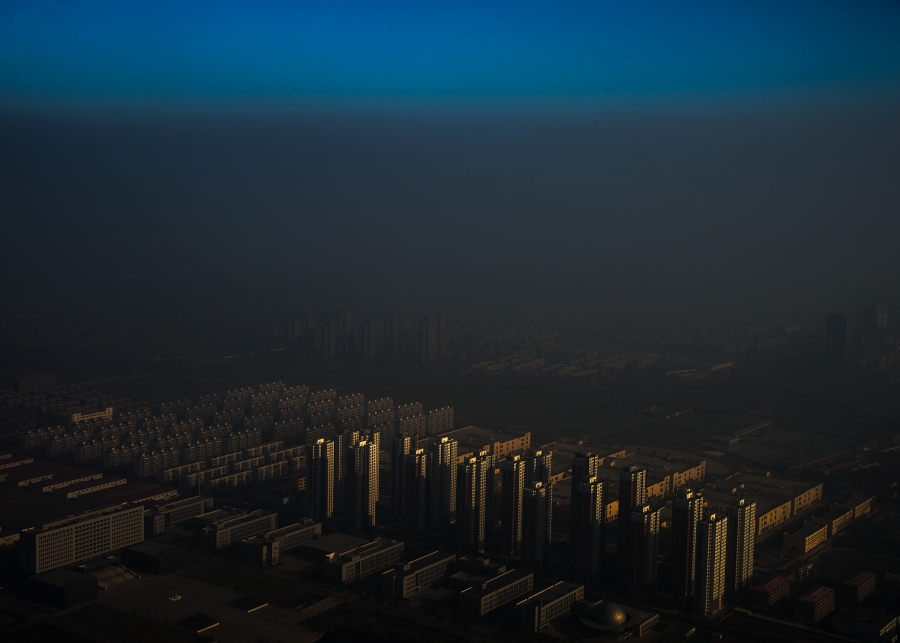 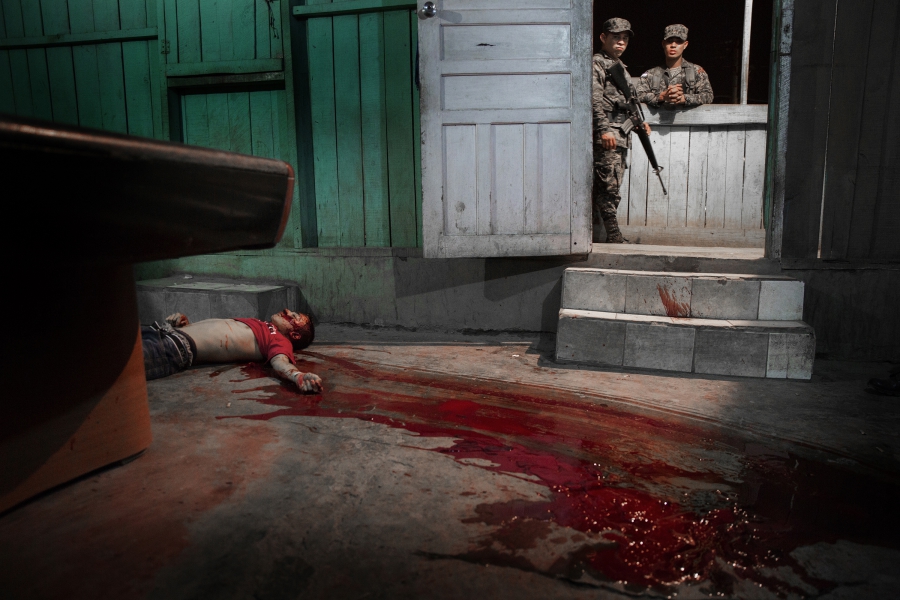 The body of a victim killed in gang-related violence. This is the fourth gang-related killing on the same street in one night. Police have no witnesses. San Pedro Sula, Honduras. March 4, 2015.

This story was first published on PRI's The World.