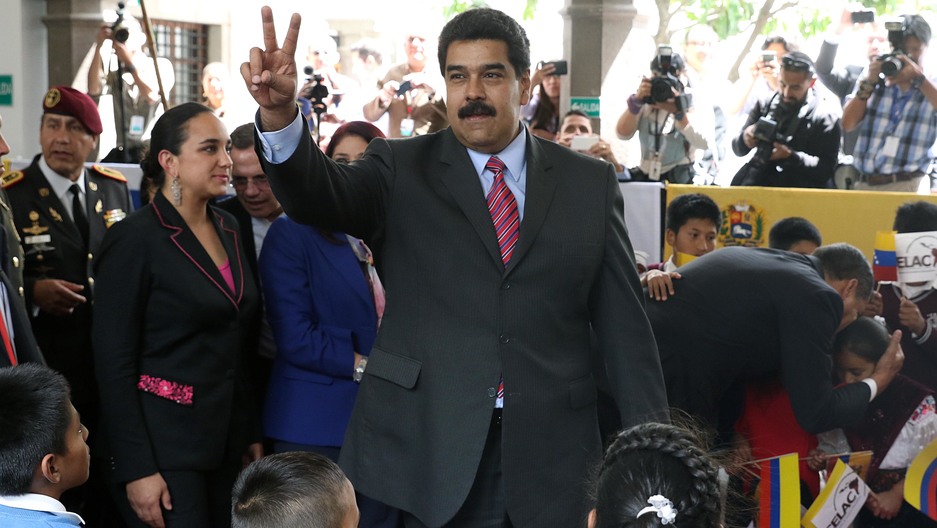 Snooping on other people's lives, searching for childhood friends, keeping in contact with loved ones far away, finding the love of your life or simply putting yourself on display in a virtual showcase — these are some of the ways that Facebook users inside and outside of Venezuela have used the social network.

Facebook was introduced in Venezuela in 2007 and has since grown rapidly in popularity. An estimated 40 percent of the 30 million people living in the country have an account.

On Feb. 9, one more — important — person became a Facebook user: none other than the country's president, Nicolás Maduro.

(Translation) "I Invite everyone to "friend" me on Facebook, which as of today I will use to communicate on a daily basis..."

The arrival of Maduro to the social network, nearly a decade after Facebook fever hit the country, has happened at a very particular juncture in Venezuelan history. An unprecedented economic crisis is inflicting terrible hardship on Venezuelans, due to explosive inflation and scarcity of the most basic consumer items.

(Translation) "Venezuela is a country with the highest inflation rate in the world and the kind of scarcity found in a war-torn country."

Many have taken advantage of the first hours of this virtual window to petition the president on a variety of matters, which has created political polarization. With roughly 170,000 followers, the president's page is full of impassioned comments:

Screenshot of the Facebook wall of the President Nicolás Maduro.

(Translation) "I refuse to be a hypocrite or a brown-noser, you know that the country is in a bad way, due to your and your cabinet's ineptitude. You know that the country is at the edge of bankruptcy because, instead of being invested in Venezuela, the capital we did have was stolen. Take some responsibility and do something useful with your life like resigning as president and shooting yourself, because neither you or any of the others from your party are good for anything. Go to hell Nicolas Maduro!"

(Translation) "I came here just out of curiosity but I can't stay one minute longer on this page after seeing so many comments from such ignorant people who still believe that this man is the best thing that has happened to our poor country."

The position that Chavismo, the dominant left-wing political ideology in Venezuela, holds regarding the virtual world has hardly been consistent over the last 17 years. Initially, the government demonized the microblogging network Twitter, accusing it of being a “tool of imperialist penetration used to lie to Venezuelans."

But this vision changed in April 2010 when former President Hugo Chávez created his Twitter account, @chavezcandanga, which created a furor at the time. For two years afterward, it was an important source of information such as announcements and the president's points of view for the international community.

(Translation) "I just talked with our Comrade President Dilma... And with Comrades President Putin, Luckashenko, Evo and Rafeal Correa!!"

More than a few Twitter users have been jailed for expressing their opinions, and the network was even disabled in 2014 during public protests in February of that year.

Maduro has continued using Twitter along the same lines as his predecessor, opening his own profile, @NicolasMaduro, once he became Venezuela's official head of state. As of today he has 2.7 million followers.

This participation in the digital age is seen as a chance to wage an ideological “counteroffensive” and forms part of the state's political communication strategy. Chavismo has stopped ignoring and stigmatizing virtual platforms, and instead signed up.

This story was cross-posted from our partners at Global Voices, a network of hundreds of bloggers worldwide.