A worker of the Ministry of Public Health and Population fumigates in the street against mosquito breeding to prevent diseases such as malaria, dengue and Zika, during a fumigation campaign in Port-au-Prince, Haiti.
Credit:

Look at the chart below and one can easily reach a conclusion — the world has lost the battle against dengue, a vector-borne disease transmitted by Aedes aegypti, the same mosquito that spreads the Zika virus.

The Aedes aegypti mosquitos can acquire viruses that cause dengue and Zika while feeding on the blood of an infected person, and pass them to another person through their bites.

The symptoms of Zika are much milder than dengue, which explains the lack of attention given to the disease before researchers suspected it could cause microcephaly, a birth defect in which a baby is born with an abnormally small head.

Both diseases have no specific treatment or vaccine. Until now, the only proven way to fight them is the reduction of the population of Aedes aegypti, which likes to breed in stagnant water.

Although we identified the Aedes aegypti as a dengue vector as early as 1906, the disease has grown from a sporadic and infrequent illness into the world's most important mosquito-borne viral disease. 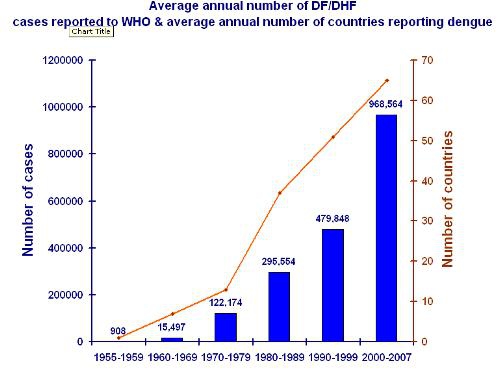 According to the Pan American Health Organization, the number of dengue cases in the Americas has increase five-fold between 2003 and 2013. The number has exceeded one million since 2009 and peaked in 2013 and 2015 at more than 2.3 millions. The number of deaths followed the same trend.

As one of the most populous countries in the Americas, Brazil contributed 71 percent of the dengue cases in the region.

While fighting an uphill battle against Zika, Brazil saw a nearly 50 percent jump in dengue cases over a three-week period in January, according to the Washington Post. It indicates the efforts to control the mosquito are far from effective.

However, Brazilian President Dilma Rousseff cited the case of yellow fever to convince the world that all is not lost.

"Brazil and the world have lost the battle against dengue, but we won the war against yellow fever, which is carried by the same mosquito. We will win the war against Zika," she said last week.

She omitted that fact that the vaccine for yellow fever was developed in 1937.

According to the WHO, the first dengue vaccine was only registered last year and is currently under review. As for Zika, it would take at least another 18 months before any Zika vaccines are ready to be tested in large-scale clinical trials.