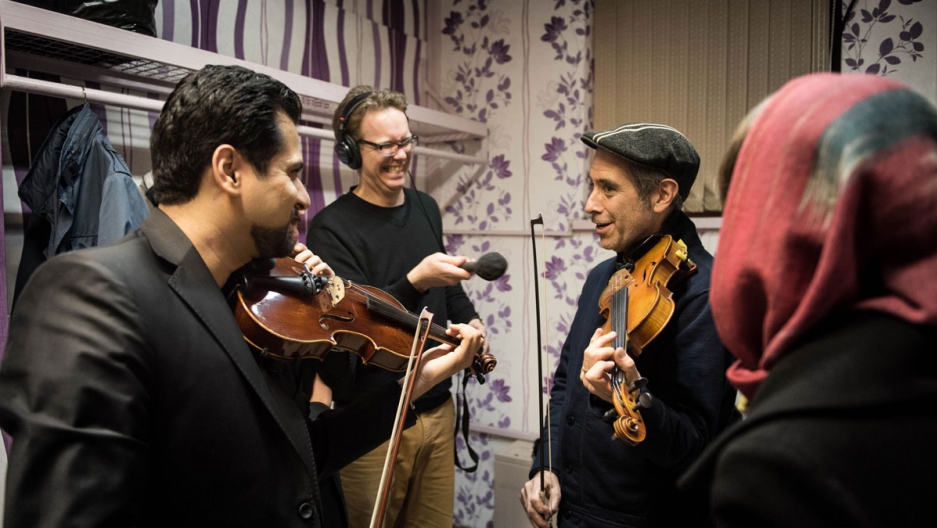 My mission last Friday night in Tehran was to go to the symphony.

To soak up some local culture, yes. But more importantly, I wanted a concert violinist to instruct me in the Iranian classical scale.

It has notes we don't have in the Western scale — notes called microtones that exist between a flat and a natural, or a sharp and a natural. I managed to convince two violinists to give me a brief lesson.

I struggled a bit, but at least I was able to land a koron with proper intonation. So they said.

I don't think Jame and Safaiyan were blowing smoke.

Before leaving them, I asked them for some homework to tackle when I got back to the US.

I said to Safaiyan that it sounded like was telling me not try this at home.

He smiled and said that he didn't mean to discourage me. But I needed to listen more to Iranian music and adjust my ear to these unfamiliar sounds.

So even if you're not a student, here's a list of five Iranian composers you should pay attention to, courtesy of Arash Jame and Mansour Safaiyan.

Five Iranian composers you should know