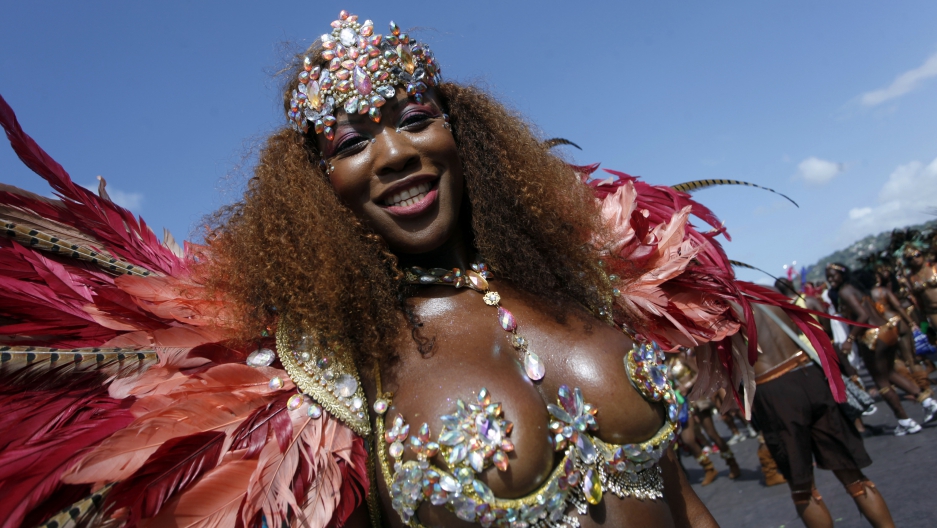 A masquerader during 2013 Carnival in Port of Spain, Trinidad and Tobago. This year, a Japanese tourist's murder spurred the mayor's resignation and a conversation about women's rights.

Carnival in Trinidad and Tobago is celebrated with colorful, feathered, sequined costumes. Last week the capital city's mayor said it was these costumes, an international symbol of the festival, that were to blame for a Japanese tourist's murder — along with "vulgarity and lewdness" displayed by women during Carnival.

Mayor Raymond Tim Kee of Port of Spain was forced to resign earlier this week after Trinidadians were outraged by his comments that "women have a responsibility to ensure they are not abused during the Carnival season. It's a matter of, if [Asami Nagakiya] was still in her costume ... let your imagination roll." 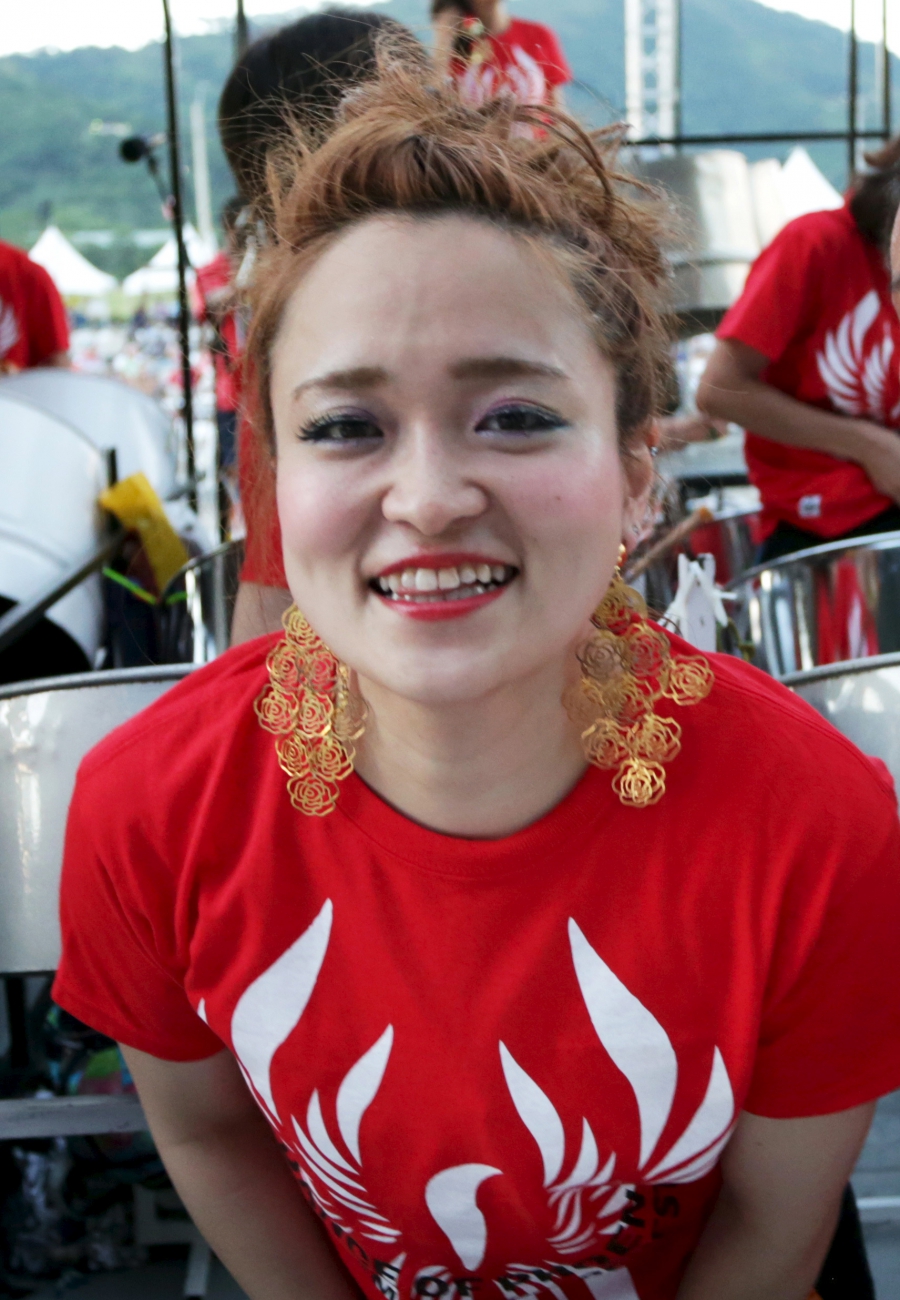 Japanese pannist Asami Nagakiya poses for a photogrpah during the participation of the Japanese steel pan orchestra at the International Panorama competiton in Port-of-Spain, August 9, 2015. REUTERS/Andrea De Silva

A Change.org petition with more than 10,000 signatures called for his resignation, saying Tim Kee "is in the habit of blaming and shaming victims of abuse."

"There are mixed emotions about his resignation," says Ryan Jagessar, owner of CarnivalCentral.com. "Most people are in agreement with it, as he reflected negatively on our country. There are a few other people who didn't disagree with his statements but they just found the timing was wrong."

An editorial on the Antillean Media Group's website reflects some Trinidadians' feelings that despite criticism of Tim Kee's comments, the government — at a national and municipal level — doesn't take this kind of sexism seriously enough:

"We argue that Raymond Tim Kee and his supporters are products of this [pervasive culture of violence], and the culture is one that renders difficult any introspection into why it is problematic. ... Raymond Tim Kee’s resignation ... will only be the start."

The resignation came in the form of a statement, in which Tim Kee wrote, "I accept full responsibility for making the reference that cast a shadow on the death of Japanese National and pannist, Asami Nagakiya," and expressed his hopes for the next city leader to continue improving on its challenges — "street dwelling, parking, poor drainage and vending."

Another Antillean.org editorial put Nagakiya at the top of a laundry list of women raped or killed, or both, in Trinidad. And it denounces government agencies for not taking action against the country's "culture of violence."

"So, yes, while Mayor Tim Kee’s comments constitute a clear-cut case of blame-the-victim," writes Sunity Maharaj, "let’s also understand that the culture accepts that it is perfectly valid to blame the victim."

Reuters reports Nagakiya regularly visited Trinidad for Carnival and played in a steel band. She was found strangled, her body still in a two-piece masquerade outfit, the coroner's office said Feb. 11.

Tim Kee suggested that being in her masquerade clothes should suggest she was at fault for her death.

"The Carnival industry quite obviously wouldn't agree with his statements, as the product they sell is exactly what he spoke against," says Jagessar.

But as local media tells it, the industry's support of women isn't enough to keep them safe either.