Urban planners in Stockholm are transforming their city, prioritizing it not for vehicles, but for people. Their vision is called "The Walkable City."

At the recent Paris climate summit, world leaders set an ambitious global target: no net carbon emissions by mid-century. That means all of the carbon we burn from fossil fuels must be absorbed by the world’s forests and oceans. Achieving that — well, easier said than done.

Yet, in the city of Stockholm, city leaders are looking to blow past that goal — they want to be a completely fossil fuel free city by the year 2040. That presents a major transportation and urban planning challenge, but the city is already well on its way. It's getting there through a series of carrots and sticks.

Drive into the center of Stockholm during rush hour, and you’re going to pay for the privilege, about $4. This idea, called “congestion pricing,” had been kicking around Sweden for some three decades before policymakers finally agreed to give it a try — but only for a brief trial 10 years back.

Gunnar Söderholm, director of the city’s environmental and health administration, said they had to convince the public that this wasn’t simply another tax.

“We told people that this is not for the money. We want to improve the air quality and to reduce the climate impact from the city,” Söderholm said.

Still, a majority of the public wasn’t in favor of the idea. Until they were.

“It was sort of judged as inconceivable before it happened,” said transport professor Jonas Eliasson with the Royal Institute of Technology. “And once it happened, no one really wanted to go back. And then suddenly they said, ‘OK, so why on earth didn’t we do this earlier?’”

With congestion pricing in place, air quality quickly improved by as much as 10 percent. Traffic fell by roughly 20 percent.

“And you saw, I shouldn’t say the ‘empty’ streets, but you suddenly realized it’s possible to drive," Eliasson said.

I went for a walk during rush hour with transport planner Yusak Susilo, also with the Royal Institute of Technology.

“For Stockholm level, this is congestion,” said Susilo pointing at a couple of cars waiting at a light.

We did see a bit more traffic as we walked, but Atlanta, this is not.

Besides congestion pricing, Stockholm has other sticks to keep people out of their cars — parking is expensive and gas is heavily taxed. But city planners offer plenty of carrots too. Susilo has lived and travelled all over the world. He describes public transport in Stockholm as “marvelous.”

“Because the bus is actually so frequent, you don’t actually need to check the timetable because you trust the system that it will actually come,” said Susilo.

The buses, subways, and trains are also clean and nice. I rode a city bus with tables so commuters could work. Allow me repeat that: a table on a public bus. 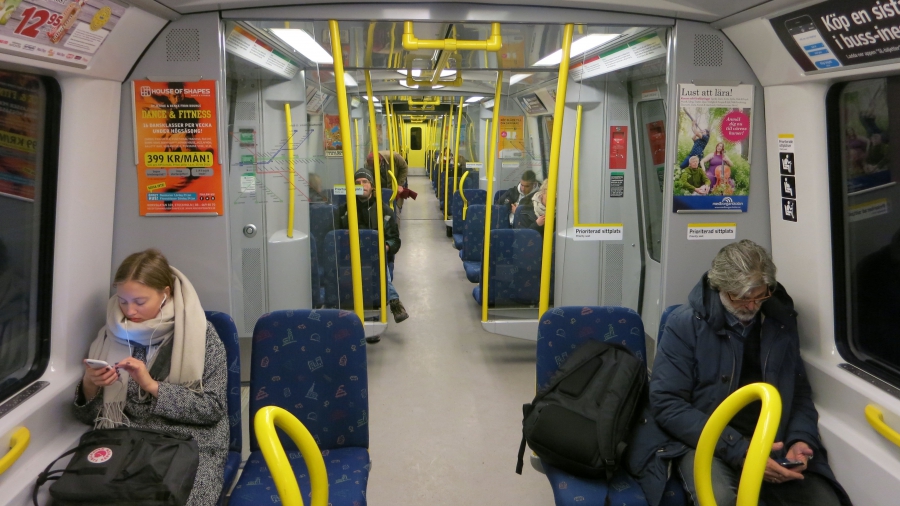 Stockholm's subways are clean, efficient, and run so frequently that passengers almost always get a seat. Even in rush hour, the crowds are manageable.

“Customer satisfaction is something that is really, really high,” said Susilo, confirming my feeling.

Public transportation also burns clean in Stockholm. The trains run on electricity, almost all it from hydro, nuclear and wind sources. Swedish leaders worked to cut back on oil use in the 1970s, and now only a small percentage of the country’s electricity is generated by fossil fuels. The country has become a model for its energy policy — overall, about 20 percent of Sweden's energy mix comes from oil.

As for Stockholm's buses, which are off the electricity grid, they can be powered by table scraps or animal waste. On the side, many read “Biogas Bus.”

Let’s dig into that fuel source a bit further. This video, from the Swedish company Envac, shows an underground vacuum system for food waste, garbage, and recycling. It’s currently being used in the Stockholm neighborhood of Hammarby Sjöstad.

All the food waste gets swept off to a big biogas digester where it’s converted to fuel. This system also keeps garbage trucks off the road, another small way to make Stockholm’s air cleaner, cut climate pollution, and make the streets less crowded. It all ties into Stockholm's spatial development plan for the future of the city.

“’Promenadstaden’ is the name of Stockholm’s new city plan, and it translates as ‘The Walkable City,’” said Daniel Firth, a native Englishman who is the chief strategy officer with Stockholm’s transportation department, Trafikkontoret.

Firth said in Stockholm, they’re continuing to build dense urban environments with work, housing and shopping all close together. He said the city thinks about climate change a lot in its urban design, minimizing pollution, and building a city of tomorrow not for vehicles, but for people. 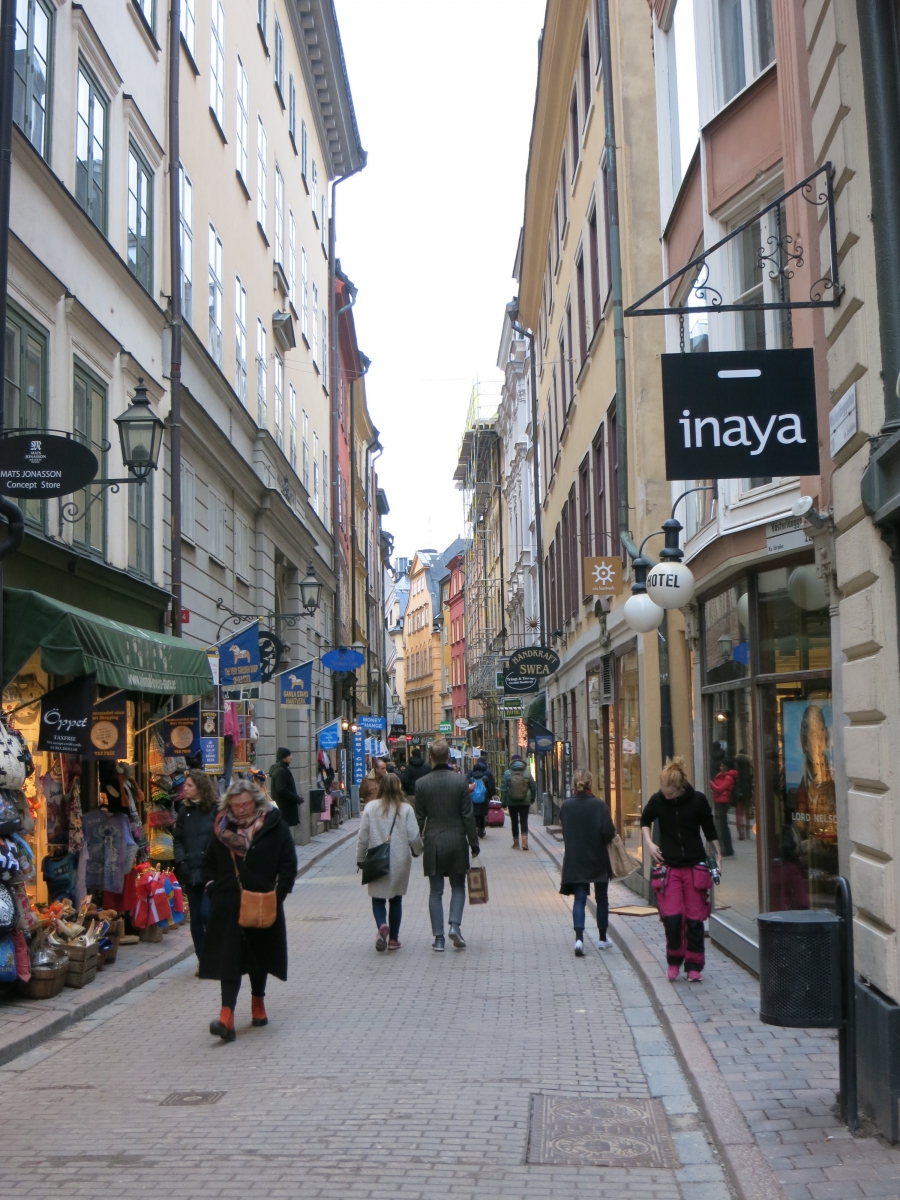 With the pressure on all of us to cut carbon emissions, I asked transport professor Jonas Eliasson how a sprawling 20th century American city, without an extensive rail system, could possibly replicate what Stockholm is doing. He said, consider his city 10 years ago when congestion pricing was first introduced.

“Roughly half of the disappearing car trips went to public transport. But the other half, that went to other things like changing departure times, reducing your number of car trips and combining trip purposes, for example. So in a different place, there might be other kinds of options.”

Do the math: if we all make small changes how we commute, just two times a month, it could make a big difference in traffic, pollution and our quality of life. And perhaps we'd achieve a level of success similar to Stockholm.