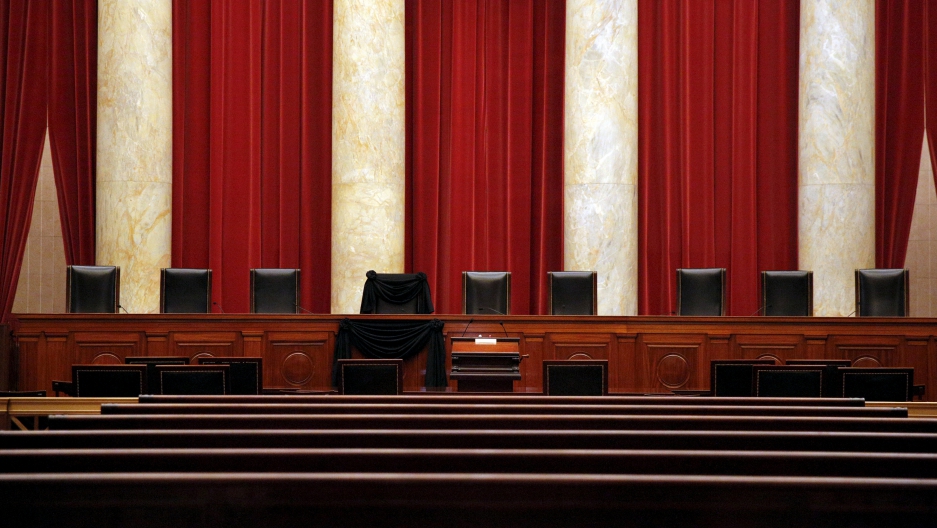 The bench of late Supreme Court Justice Antonin Scalia is seen draped with black wool crepe in memoriam inside the Supreme Court in Washington, Feb. 16, 2016.

The Supreme Court this term will hear cases on unions, abortion and legislative districts. And they'll also hear a challenge to Obama’s executive action on immigration, which would affect some 5 million people.

How the Supreme Court will decide those cases may have shifted dramatically with the death over the weekend of Supreme Court Justice Antonin Scalia.

The immigration program the Supreme Court will take up would shield some undocumented immigrants brought to the US as children, and their parents, from deportation for three years at a time, and give them authorization to work legally. Arguments in the case, United States v. Texas, are scheduled to begin in April.

So what does Scalia's death mean for undocumented immigrants?

The legal scholars and immigration attorneys we spoke with agree that not much has changed for the Obama administration in the Supreme Court case challenging his executive action on immigration. A tie-breaking vote in the case would have more likely come from justices Anthony Kennedy or John Roberts. If the case is heard by an eight-justice court that ties, the lower court decision that halted the program will stand. Either way, without a conservative justice on their side, the Obama administration could not continue its program.

But Scalia’s record in cases related to immigration is not clear cut. Often his principles and politics clashed. 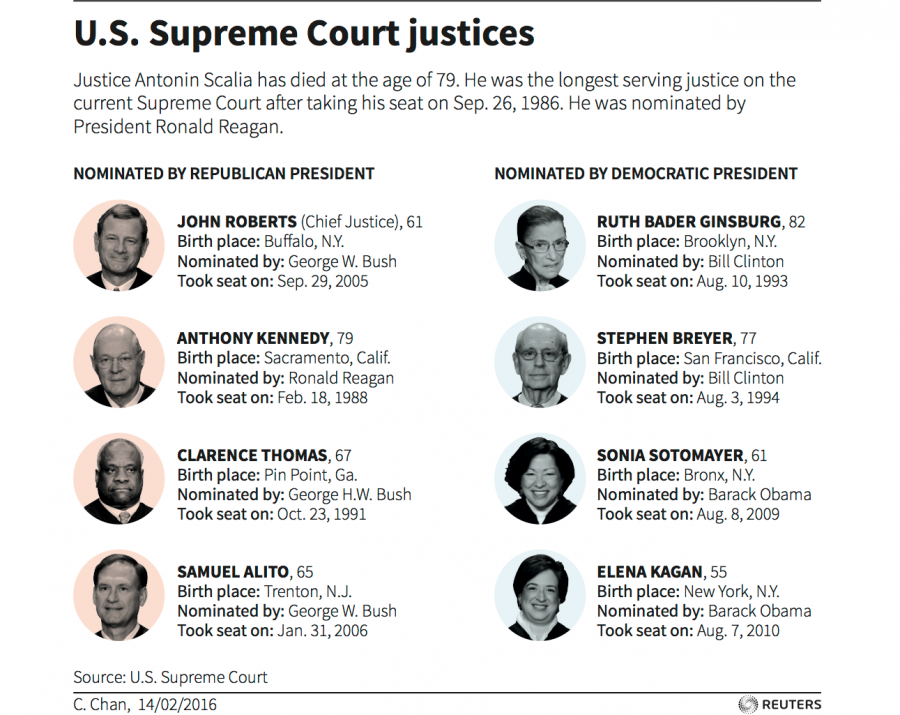 Justice Antonin Scalia died at the age of 79, he was the longest serving justice on the current Supreme Court.
Scalia is known for his scathing dissenting opinion to the 2012 decision that declared unconstitutional Arizona’s Senate Bill 1070, which required law enforcement to try to ascertain the immigration status of people they suspect are in the country illegally. But he also interpreted laws passed by Congress in a way that made many of his decisions favorable to immigrants.

Andrea Sáenz, a fellow at the Cardozo School of Law immigration clinic in New York, lists some of these cases for the Crimmigration blog. “Immigrants both documented and undocumented have benefited from Scalia's votes on how to analyze prior criminal convictions in deportation proceedings,” she explains in an email. “For example, he repeatedly voted that the immigration laws do not allow the government to use very minor drug offenses to condemn noncitizens to mandatory deportation.”

“As someone who represents clients both with and without immigration status and with and without criminal justice contact, I must say I will miss his rigorous analytical approach to these issues in the future,” she says.

Anil Kalhan, who specializes in immigration law at Drexel University, says Scalia had an interpretation of Article Three of the Constitution that may have benefitted the Obama administration. Texas originally asked for the injunction of the expanded DACA and DAPA programs on the basis that, as a state, they were injured by the extra cost of issuing drivers’ licenses to recipients of deferred action.

“Justice Scalia was more stringent about standing than his other conservative colleagues,” says Kalhan. While he might have questioned the constitutionality of Obama’s actions, it is conceivable that he may have also have questioned whether Texas suffered an actual injury and thus had a valid reason, or standing, to bring the case in the first place. If the case does indeed have standing, the US has argued, states could theoretically sue the federal government for any policy that affects them.

“Sometimes his principles got in the way of his politics,” Kalhan says.

The program that is currently in effect, Deferred Action for Childhood Arrivals (DACA), provides work permits and three-year reprieves from deportation for undocumented immigrants who were brought to the US as children and are now under the age of 35.

The executive action being challenged would expand DACA to include undocumented immigrants of any age who arrived as children and have lived in the US continuously since 2010, as well as to the undocumented parents of US citizens (called Deferred Action for Parents of Americans or DAPA). This, Texas has claimed, would put an undue burden on states to issue identification.

With Scalia’s seat on the bench vacant, scholars and attorneys can only speculate what might happen going forward. For his part, Dan Kowalski, an immigration lawyer in Austin, Texas, and editor of Bender's Immigration Bulletin, thinks the Obama administration's chances of winning United States v. Texas are good.

"I think the case will go forward, even if only eight Justices are sitting, and I think the US will win, five to three. But anything could happen," he wrote in an email. Justice Kennedy, he guesses, will swing to the administration's side.

If the Supreme Court decides in Obama’s favor, both Democratic candidates Hillary Clinton and Bernie Sanders have said they would continue DACA and DAPA. Republican candidates Donald Trump and Ted Cruz vow to end the program. Marco Rubio and Jeb Bush have indicated they will take steps to advocate for some undocumented immigrants to gain legal status, though they have both said they will end DACA.