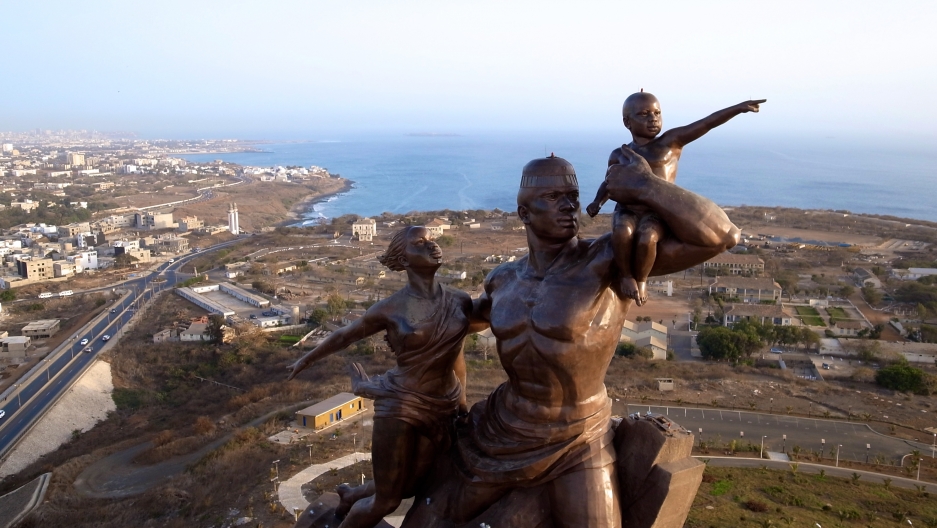 The African Renaissance Monument in Senegal, which was cast on site by Mansudae in 2010.

It may surprise you to know that North Korea would love to carry out your artistic commissions.

How about a mural, a tapestry, or a "jewel painting" colored with powdered semi-precious stones? Or something a bit more imposing, like a giant bronze statue of that dictator or liberator close to your heart?

The Mansudae Art Studio is keen to hear from you.

Founded in 1959, it caters to North Korea's considerable domestic propaganda needs. The huge statues, murals and banners you see being dutifully applauded at military processions — as well as the poster images that surround North Korean daily life — are all made by the studio's 4,000 staff.

"It's in the heart of Pyongyang, Mansudae is the name of the district," says Pier Luigi Cecioni, an Italian who is the sole representative of the art factory to the outside world. "Actually, it's more of a campus than a factory, more of a studio, the biggest in the world."

The studio has just produced a giant embroidery for the Benetton fashion family and fitted out a museum in Cambodia, but it's in the African continent that Mansudae Overseas Projects has found the keenest appetite for its work. 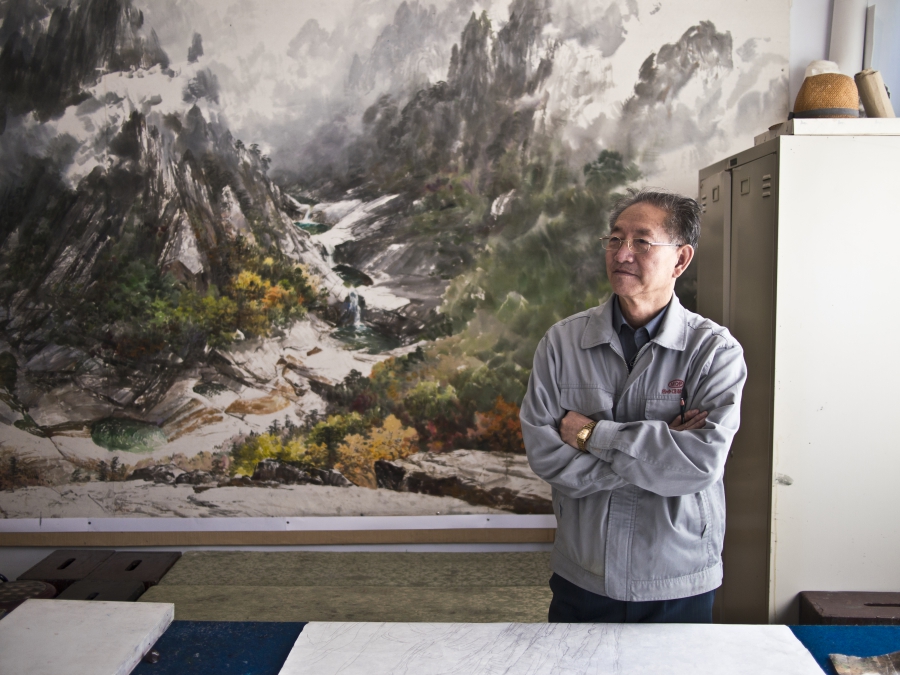 The export of this bold, direct, firmly authoritarian style began in the early 1980s as a diplomatic gift to socialist or non-aligned countries, from their North Korean brothers. More recently it's become a valuable source of hard currency, with artists and craftsmen from MOP working in Angola, Benin, Chad, the Democratic Republic of Congo, Equatorial Guinea, Ethiopia and Togo.

Local media in Zimbabwe report there are two giant Robert Mugabes in storage waiting to commemorate his death. And most famously, in Senegal the giant African Renaissance Monument was cast on site by Mansudae craftsmen and dedicated in 2010. It's estimated that the studio has earned tens of millions of dollars in this way.

North Korean art seems to appeal to African leaders for two reasons. First, because the price is right. Senegal paid for its 161-foot statue by giving some land to North Korea — who immediately sold it for cash.

The second reason is the style.

"The Russians and Chinese don't make that kind of stuff anymore," says art critic William Feaver. "The appeal is in the statement of the obvious — and of course size is everything."

He sees enthusiasm for the style as part of a nation-building process: "You could think of Mount Rushmore as the American version, performing a similar celebration of founding fathers for a relatively new nation keen to assert itself in the world."

Just outside the Namibian capital Windhoek is Heroes' Acre, a vast parade ground, grandstand and war memorial to that country's independence struggle — and another Mansudae Overseas Project.

"It's a giant obelisk above a [36-foot] bronze statue of the Unknown Soldier — bearing a strong resemblance to Namibia's first President, Sam Nujoma," says the BBC's Frauke Jensen. "No visitors, no tourist buses, just a solitary baboon sitting on the side running away as I approached the steps up to the monument." 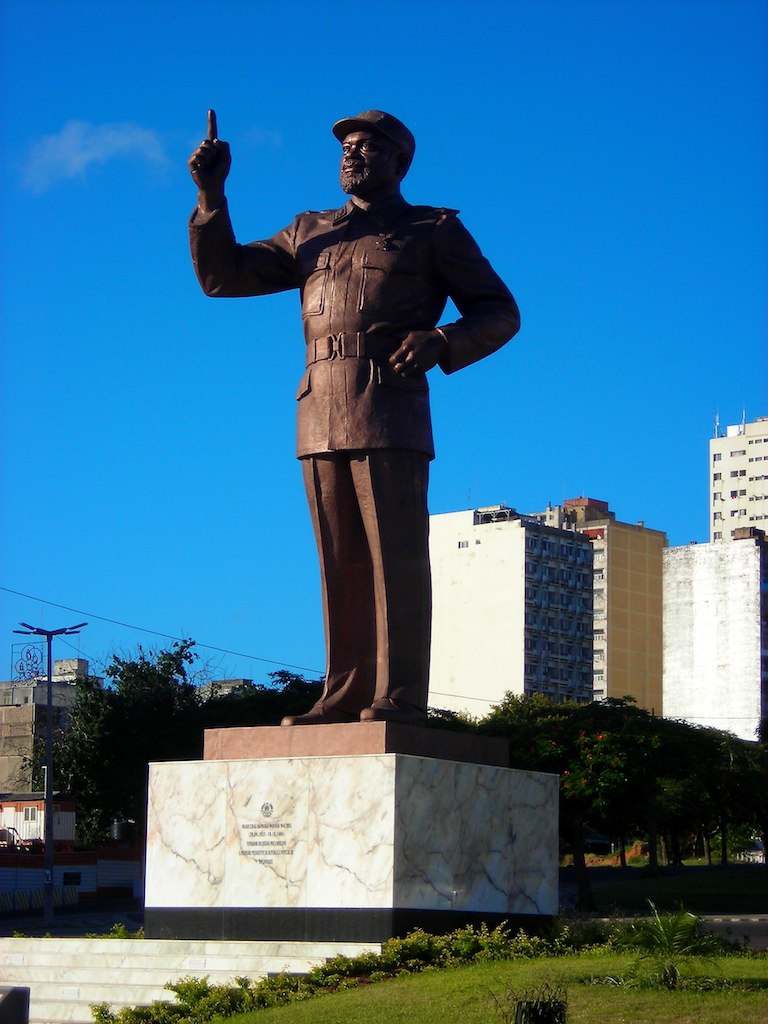 This statue of Samora Machel in Maputo, Mozambique, is not thought to be a good portrait.

President Nujoma would of course have had a hand in the decision to honour the Unknown Soldier, so maybe it's a case of killing two birds with one bronze.

Whoever he looks like, at least the Unknown Soldier looks African. The then Senegalese President Abdoulaye Wade complained that the giant figures in Dakar initially looked too Asian, and had them redone. The 2011 statue of Samora Machel in Maputo, Mozambique, isn't thought to be a good portrait, and 2001's Laurent Kabila in Kinshasha, DRC seems to wear an outfit from the Kims' tailor.

"These statues look like they're made to be toppled," says historian Adrian Tinniswood. "And they look weirdly North Korean. They're statements of liberation but they represent a failure of confidence — where are the African designers and African sculptors who'd be better representing African consciousness?" 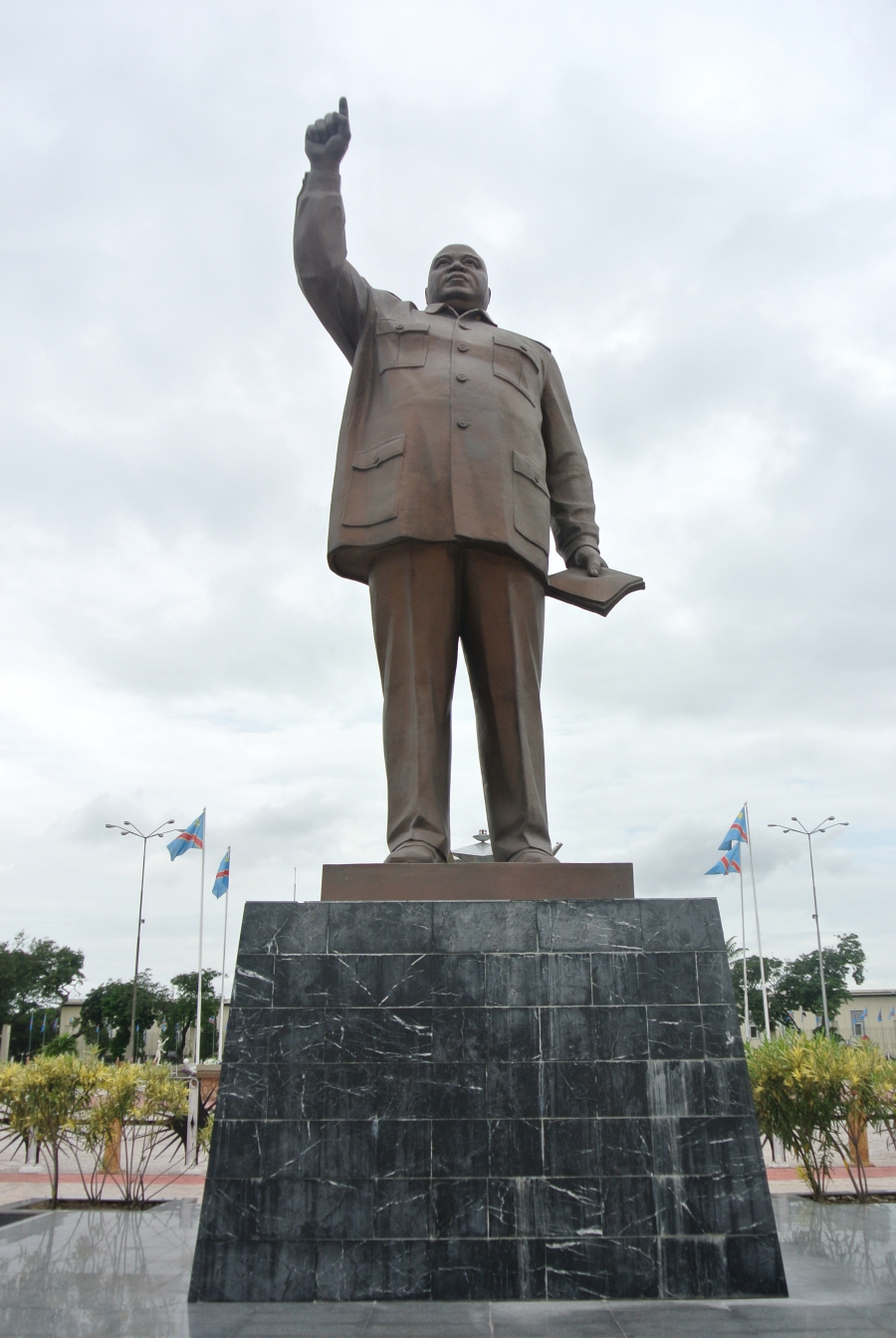 Many say this statue of Laurent Kabila in Kinshasa, DRC looks like he's wearing a suit from the Kim's tailor.

But what of those North Korean designers and North Korean sculptors and their consciousness? Are they frustrated Picassos, forced to churn out party-line art?

Representative Cecioni has taken some of them to major Italian galleries.

"They know a lot about the classics," he says. "Abstract and conceptual art they find amusing. They're not scornful or anything like that, they just don't see it as necessary. They have an enviable position, you know — unlike a Western artist they don't have to worry about selling their work. They have a salary. They are recognized and have privileges. The ones I know, they seem to live happily, they feel part of something."

You get a glimpse of their world through the website run by Cecioni. It shows quite a variety of medium and subject matter, with a bias toward flowers and soldiers. These highly skilled craftsmen, largely anonymous, working for a higher good and not interested in profit inhabit a very different world from artists elsewhere — and not one many would envy.

But if your taste — ironic or otherwise — leads you to want a statue in the classic bronze-giant-hailing-a-taxicab pose, then who you gonna call?

This story is cross posted from our partners at BBC News. Additional reporting came from The World's Kierran Petersesen.