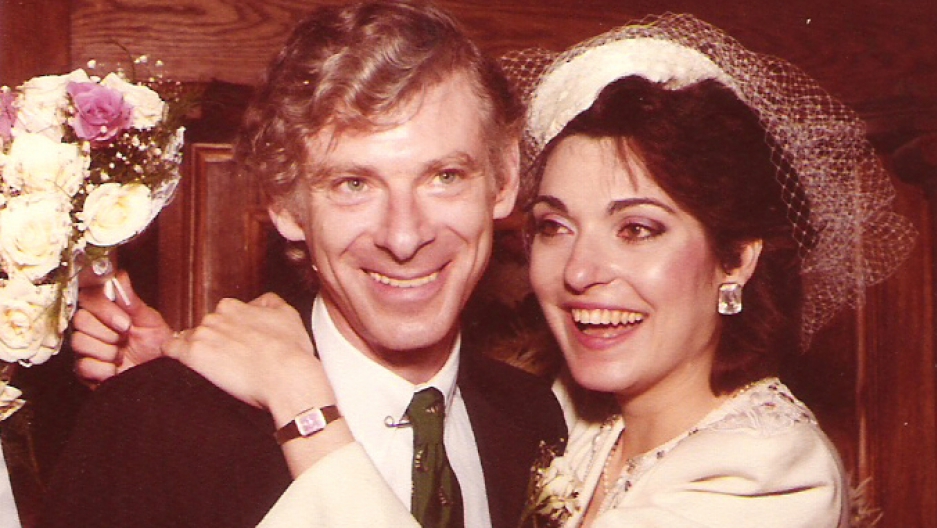 Michael and Virginia "Virge" Randall were married for over 30 years. The spoke a dialect that Virge calls the "language of us."

Valentine’s Day may have come and gone, but love shouldn’t be sequestered to one measly day. So, bring on the love. This week the World in Words goes down several Internet wormholes to explore the intersection of love and language.

In this episode, Patrick Cox goes on a musical quest to find the most beautiful Danish love song. And Nina Porzucki speaks with linguist and romance novelist Julie Tetel Andresen about her theory on why love and language at their very heart (pun intended) are driven by the same human need. Finally, writer Virge Randall shares her very personal story of losing love and subsequently a very unique and exclusive language.

Any couple develops a shorthand, a series of in-jokes, Randall says. For their 30 years of life together, they used their own terms, like "do an Uncle Joe." "Uncle Joe was a very forthright guy," Randall says. One time her Uncle Joe told them, "You gotta be willing to lose an argument."

They remembered that when an argument would go on — and it was a signal to move on.

Listen to this heartfelt episode the week after Valentine’s Day. Come spend some quality time with us.

2:51 Patrick Cox admits that he loves to talk about romance

3:24 Patrick’s explains his obsession with what makes music romantic

4:00 Nina Porzucki on the first language that she fell in love with, Spanish

4:35 Which language is more beautiful, Spanish or Portuguese?  “Ilusión” sung by Julieta Venegas and Marisa Monte

7:07 Patrick set himself the task of finding a beautiful song in a language considered “ugly.”  Patrick trolls internet forums about the world’s ugliest language.

9:08 The internet judges the Danish language

10:14 Patrick on the language that he fell in love with, Danish

18:38 Andresen’s theory on the connection between love and language

20:00 What happens when you lose love and subsequently lose a language?

20:20 Virge Randall wrote the essay “Losing the Language of Love” for the online journal Narratively about the death of her husband Michael and losing their language

24:00 Michael was a Renaissance man, a snappy dresser, a computer enthusiast before computers were cool

24:29 When Michael got sick, one phrase became important shorthand: “Just a bump in the road”

26:36 After Michael died Virge continued to speak and hear their language.

Music Heard in the Podcast:

“Days of Our Lives” Theme Song

“The In-Crowd” by Dobie Gray