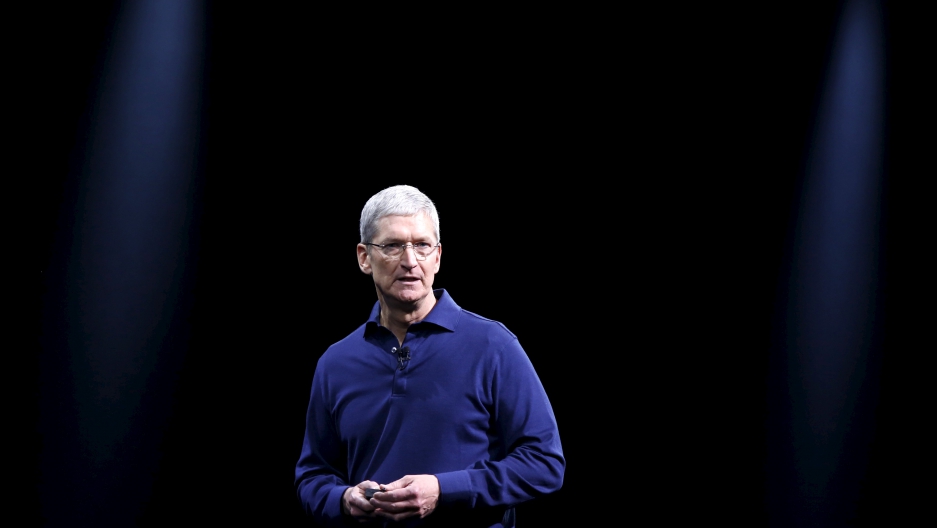 Apple's CEO, Tim Cook, responded critically to the federal government's demand that Apple help the FBI break into an iPhone.

On Tuesday, a federal judge ordered the tech giant Apple to help the federal government break into an iPhone. The phone in question belonged to one of the San Bernardino shooters — making this case a vivid example of the conflict between national security and personal privacy.

“The phone is password protected, and Apple does not keep the passwords,” says David Kaye, a law professor at the University of California, Irvine. “The FBI is essentially asking for access to the contents of the phone.”

According to Apple’s CEO Tim Cook, who published a critical response to the court order, Apple would have to design new software in order to comply with the FBI’s demands. Such software would help the government bypass the iPhone’s security features.

“In the wrong hands, this software — which does not exist today — would have the potential to unlock any iPhone in someone’s physical possession,” Cook wrote.

Kaye, who serves as the UN Rapporteur for Freedom of Opinion and Expression, has some serious concerns too. He says the question isn’t whether the FBI would benefit from Apple's help. “The question, rather, is whether the tools that they’re using will undermine security for all users.”

Kaye adds that the court’s explanation doesn’t seem particularly up-to-date. “We’re talking about the government using a law, the All Writs Act, that is from the 18th century,” he says. He says it's important to debate and adapt past laws so they address the challenges posed by new technology.

Cook’s post emphasized the importance of Apple's encryption technology, which scrambles the contents of communication so it’s only readable by the sender and recipient. In many parts of the world, says Kaye, encryption helps protect journalists and dissidents who could face threats from their own governments. Governments can use unencrypted Internet access, for example, to track the search history of their own citizens.

“In our digital age, our ability to search in some privacy is, in a way, a function of our ability to express ourselves, to develop our opinions,” Kaye says.

In other words, the scuffle between Apple and the FBI is much more than a question of national security. It could have implications for privacy and free speech across the world.

“While people in the United States may not see that as a real, concrete threat,” Kay says, “it’s a threat to billions of people around the world — who are in situations where the government really wants to know what you’re searching, who you’re talking to. That’s a risk, actually, everywhere.”