The capital city of Tehran, Iran, is cosmopolitan, food-centric and not as conservatively religious as we'd expected.

Iran has been shut off for most people in America for 37 years, so us first-timers were visiting a place we knew about only through the headlines, and had to be totally open to having our perceptions changed. And they were.

Since we're just back with these fresh thoughts, we wanted to run down the top moments or things we encountered that tweaked our understanding of the place.

We did not want to attribute these anecdotes to specific people for their own safety and interest.

Our overall impression is spurred by a quote we heard that when the revolution happened in 1979, a lot of people knew what they didn't want. They just didn't know what they wanted.

Now it seems that Iranians, at least in Tehran, are getting much clearer about what they do want. 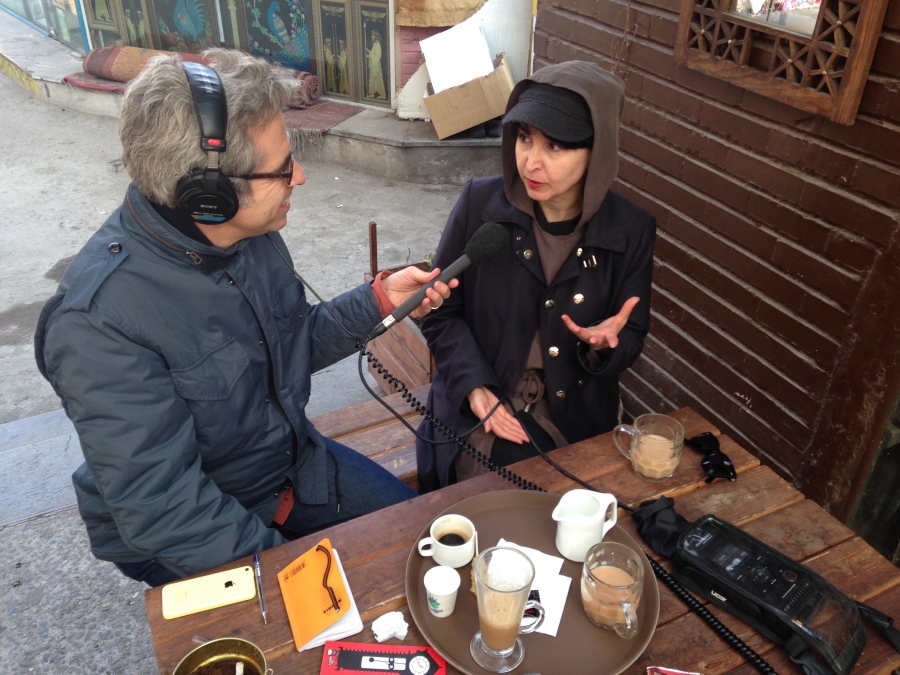 It's surprising how much freedom we had as journalists to get out, go around and talk to the people we wanted to. But probably the first thing is that we did this trip at all.

We applied for visas — and a lot of news organizations get rejected, they have to apply multiple times. But we jumped through some of the bureaucratic hoops and got the green light from the Ministry of Culture and Islamic Guidance. That entity oversees the fixer and translation agency that is your official contact and point of entry into Iran.

We had an official minder with us the whole time. There were some reminders of security restrictions here and there, but for the most part it was really interesting how we were able to get out and just talk to so many people.

Years of sanctions and authoritarianism in Iran seem to have emboldened people in some ways.

Whether it's downloading music from the the Internet using virtual private networks — which a lot of people in seem to be using — that skirt you outside of the eyes of government so you can access YouTube and Soundcloud and Facebook. Apparently some of these VPNs are legal, others are not, but people are using them and not really worried about getting caught.

Then there's the way many women seem to be challenging how they wear the hijab — letting it slip farther back off their hairline until there are these moments when they realize it's slipping way too far back and they move it back on their head. And sometimes pairing that symbol of modesty with clothes that suggest the opposite like, thigh-high leather boots or designer clothes.

Just after the anniversary of the Islamic Iranian revolution, a billboard in Tehran displays a photo of the supreme leader.

More secular than we thought

In Tehran when we asked people about Friday prayers, most people kind of looked at us with a quizzical look, as if saying, "I don't go to Friday prayers."

If you do want to go to Friday prayers in Iran, there are only certain congregational mosques that do the services, and people do, indeed, congregate there.

In offices and billboards, especially because of the anniversary of the revolution, there were images of the supreme leader's face and this was a reminder of who's in charge of the state. But talking to people from the city, we got such a cosmopolitan vibe and a really a secular vibe.

We met a woman who told us this incredible story of Michael Jackson, who died in June of 2009 — about a week after Iran's elections were disputed elections and people were killed in the streets of Tehran. She told us she was crying, and her mother asked if it was because of the violence.

"Yes, I'm very upset about that," she told her mother, "but I'm really upset about Michael Jackson dying, because it means he's never gonna play in Iran in my lifetime."

"Welcome to the land of contrast"

At a rally of hardliners for the regime, we heard cries of "Death to America! Death to Israel!"

But when they turned to us and saw I had a microphone in my hand — because we're pretty obviously foreigners there — people would say hello and ask where we were from.

Invariably they said, "Welcome to Iran!" and often people would say, "We love America!" — including a man from the secret police, we thought.

Then they would turn back into the crowd and we'd hear the cries of "Death to America!" again.

A focus on food

Sure, there's kebab and shishleek, or marinated lamb chomps. But the idea of introducing fruits into savory dishes — lamb with apricots and pomegranate juice or chicken with rice flavored with sour cherries — this is something that really sets Persian cuisine apart.

The whole city of Tehran, like Paris, seems geared toward really enjoying that food despite years of deprivation caused by sanctions.

Iranians have built up a thriving fast-food industry that may or may not be a good thing, but you can get great kebab to go. There are green grocers everywhere with extraordinary fruit, and bread ovens in the city just exude this incredible smell.

Then there was an amazing saffron ice cream dish served with a signature Iranian dessert called faloodeh, a side of tiny, vermicelli-like noodles that are frozen, and then doused with lemon juice and sweet cherry syrup.

This is just a taste of our first impressions, but you'll be seeing more Tehran stories in the following days.

EDITOR'S NOTE: Marco Werman and Matthew Bell from PRI's The World spent seven days in Tehran, Iran, around the anniversary of the 1979 Islamic Revolution.