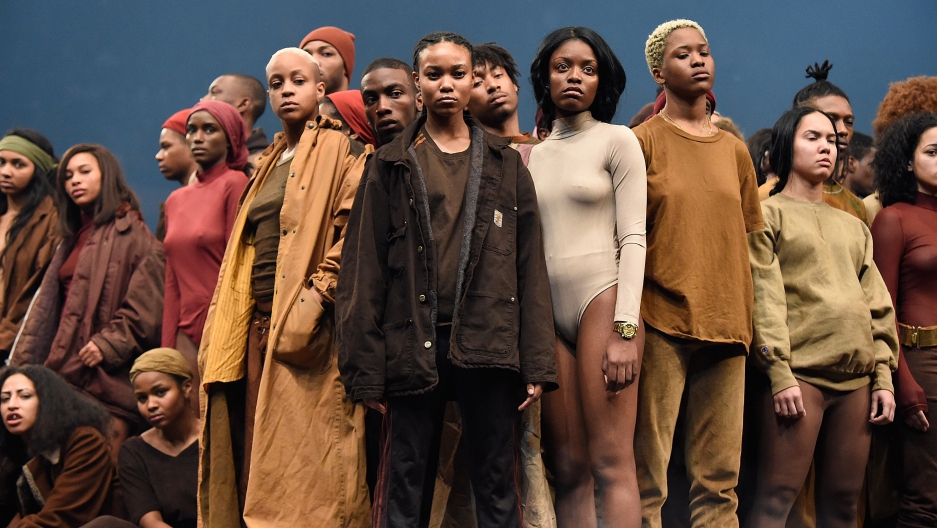 You may have heard about the thousands of people who crammed their way into Madison Square Garden late last week to see Kanye West’s Yeezy Season 3 show. The event served as both the debut of West’s new clothing line and his new album — The Life of Pablo.

Not so well known, though, is the photo that served as both the invitation and inspiration for the show. In a tweet announcing the event, Kanye included a 1995 photo of a internally displaced persons camp in Rwanda.

The photo wasn't the only connection the event had with the Rwandan genocide that happened a year before the photo was taken. One model spoke to Jezebel about the experience of being involved in the show.

The photo of the refugee camp in the southwestern town of Kibeho was taken just days after government forces entered the camp, killed an estimated 4,000 people there and injured 600 others. The Rwandan government claims that less than 400 people died.

Kate Cronin-Furman, a postdoctoral fellow at Stanford University who specializes in justice following mass atrocities, says she was initially confused when she heard about the artist using a Rwandan refugee theme.

"Where would Kanye have encountered something he identified as a Rwandan refugee camp aesthetic, and why would he think it was a good idea to channel it?" she says.

Reactions to Kanye using Kibeho as inspiration for his fashion show/album launch party have been relatively muted in the US. Some have even lauded him for bringing awareness about Kibeho to a wider audience.

Cronin-Furman, though, is skeptical that awareness is all that valuable.

"There may be a long-shot possibility that the discussion around the show renews interest in demanding accountability for the events at Kibeho, but it doesn't seem likely," she says. "And sparking a call for justice was transparently not the intent behind using the imagery. It seems clear that this was simply thoughtless exploitation of other people's pain."

What stands out about Kanye's choice of inspiration is the story of Kibeho — which is equal parts confusing and tragic.

Because it happened a year after the genocide that claimed between 800,000 and 1 million lives, the massacre in Kibeho is a much lesser-known part of the narrative. It was the site of the largest camp for internally displaced people in the country. But many of the details about what happened on April 22, 1995 — the day of the massacre — are unclear.

Members of the Rwandan Patriotic Army had earlier established checkpoints all around the camp, which refugees were required to pass through to enter and exit.

A few days before the massacre, it was announced that all the camps in the area were to be closed. This was intended to help root out people who had taken part in the genocide, who some believed may have been hiding in the camp.

In the days leading up to April 22, the army shot and killed a number of refugees who were trying to leave the compound. Nearly half a dozen UN agencies were in the area at the time, along with well over 100 international NGOs. 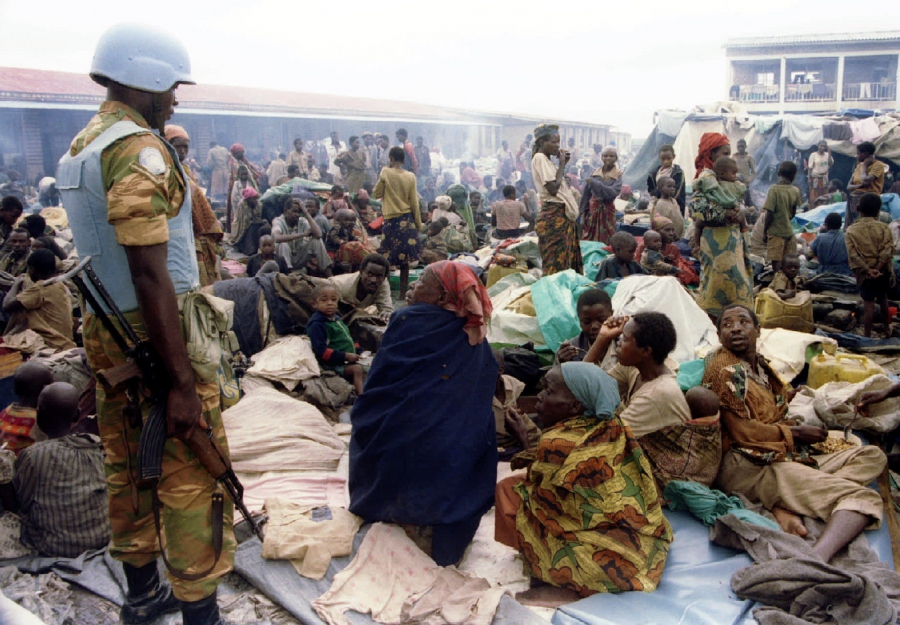 That morning — under heavy rain — witnesses say soldiers fired into a crowd of refugees in the center of the camp, causing a stampede. They continued firing for up to two hours. Some say that the army used mortars, grenades and rocket launchers to kill mass numbers of refugees. Many assumed that this happened because the Rwandan government feared that some orchestrators of the genocide would get away otherwise.

An unnamed UN human rights monitor described what they saw that day in an interview with Foreign Policy Journal:

‘We were in a small UN military post in the middle of the camp. There was shooting all around and the refugees were trying to get inside the UN part of the camp, but it was surrounded by razor barbed wire and they were just throwing themselves onto it. So we could see them … hanging onto the razor wire trying to get through."

The historic photo captured the aftermath of that wrenching violence. More than two decades later, that image became a backdrop — to a Madison Square Garden extravaganza.

Joyce Hackel of PRI's The World contributed to this report. A previous version of this story has been edited for clarity.