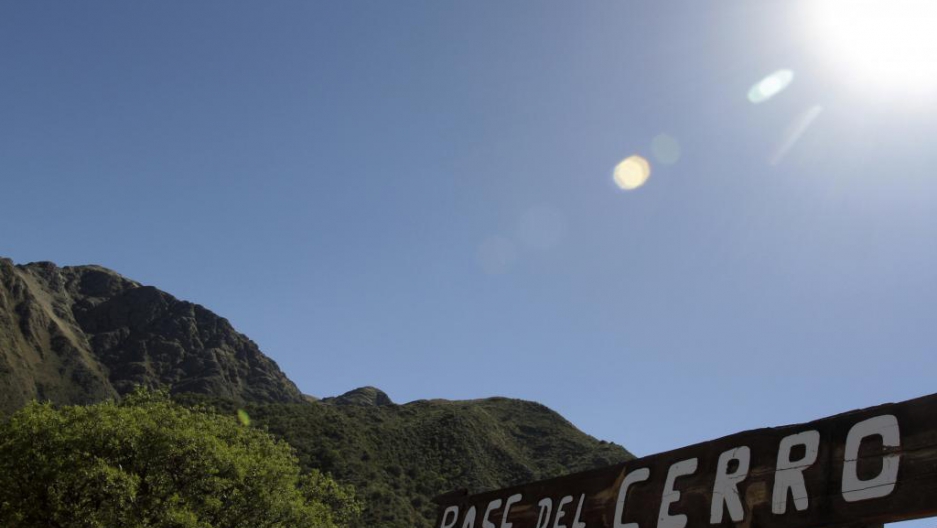 A sign marking the base of the Uritorco hill is seen in the Argentine city of Capilla del Monte, in Cordoba province, December 20, 2012. The mountain is popular among UFO spotters in Argentina.

Even at the best of times, Argentina’s former president Cristina Fernandez de Kirchner was controversial.

Accused of populism, corruption, mismanaging the economy and un-statesmanlike mood swings, she also, apparently, had an interest in extraterrestrial life.

In fact, in May 2011, she launched a new agency within Argentina’s air force specifically to research reports of UFOs on national territory.

Called the Commission for the Study of Aero-spatial Phenomena, or CEFAE in Spanish, it included both military and civilian experts, and aimed to get to the bottom of a spate of sightings across the South American nation.

Amid great fanfare, Brigadier Ernesto Omar Paris, of the Argentine Air Force, said at the time: “This commission will carry out a scientific study of aerospatial phenomena. With this achievement, we have reached an important goal for our institution.”

Now that Fernandez de Kirchner’s leftist administration has made way for new president Mauricio Macri’s center right government, many of her pet projects are being wound down, and some are even being investigated to see how they spent the public funds they were assigned.

That includes CEFAE, whose track record of following through on its stated purpose appears underwhelming, to say the least.

According to its final — and only — report, which has just been published, the agency investigated just 10 reports of UFOs during its nearly five years of activity.

And if that sounds unimpressive, then its conclusions are even more so.

The meager 12-page report found that nine of the 10 UFO sightings reported were in fact a soccer ball, a helicopter, a bird, the red lights on top of an antenna, the planet Jupiter, the moon, a star, an airplane and, in one case, a combination of a satellite, a Russian part of NASA’s International Space Station and a star. In the 10th case, the report noted: “Unfortunately, it has not been resolved due to the witness not providing any photo or video to accompany their report.” 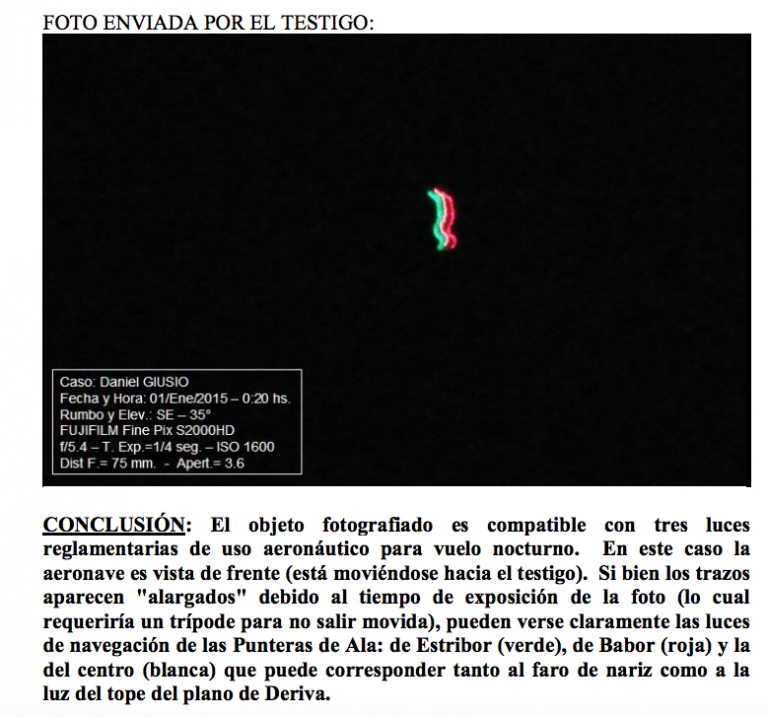 One of the images provided to the body for investigation, which was determined to show airplane lights.

One of the images provided to the body for investigation, which was determined to show airplane lights.

Nevertheless, the study conjectures that based on the witness’s account, what they had seen was someone shining a red laser onto a wall.

The report also notes drily: “Although the totality of the cases analyzed here have turned out to be compatible with causes of a known origin, they nevertheless constitute very valuable testimony from the point of UFO research, especially in corroborating the existence of an overwhelming percentage of IFOs (Identified Flying Objects) that turn out to be from honest but erroneous interpretations, in which ordinary objects have been confused with extraordinary ones.”