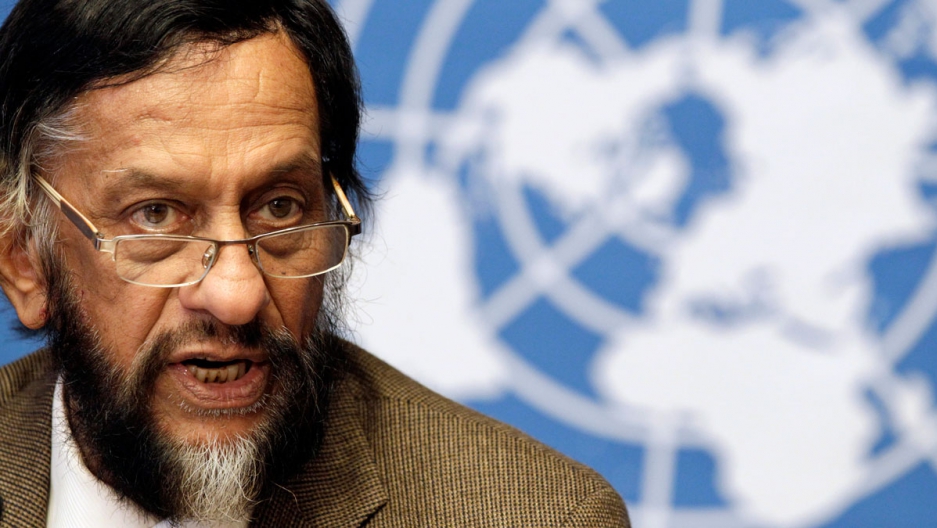 Rajendra Pachauri, then chair of the Intergovernmental Panel on Climate Change at the United Nations European headquarters, 2012.

The Indian media and women’s rights activists here are up in arms again about a sexual harassment case that first came to light last year.

The alleged perpetrator in this case is an internationally renowned figure — Rajendra Pachauri, 75, the former chair of the Intergovernmental Panel on Climate Change (IPCC) and former director general of the New Delhi based think tank, The Energy and Resources Institute (TERI). The reason for their renewed fury is his recent promotion at TERI despite allegations of sexually harassing a younger colleague.

Pachauri, who has headed TERI since 2001, is renowned internationally for his work on climate change, for which he shared the 2007 Nobel Peace Prize with Al Gore. He is facing charges of sexual harassment and stalking made last February by a 29-year-old female employee at TERI, who has since resigned from her position.

Pachauri denied the allegations, but stepped down from his position at the IPCC. Last May, an internal committee at TERI found him guilty of sexually harassing the woman.

But still, last week, TERI announced that he was promoted to the position of executive vice chairman, an announcement that prompted fresh allegations of sexual harassment by another former TERI employee. A group of about 20 alumni of TERI University reacted by refusing to accept their degrees from Pachauri in the upcoming graduation ceremony in March.

“Our instant reaction was of outrage at the injustice of the situation,” says Brototi Roy, one of the students in the group. “If you’re accused of something like that, there should be some kind of accountability.” He should not be allowed to continue in his position, let alone be promoted, until he’s “proven innocent or charges are dropped,” says Roy.

Women’s rights activists see Pachauri’s promotion as a setback in the fight against sexual harassment in the workplace. “This move is a clear violation of every provision of the anti-sexual harassment laws of the country in letter and spirit,” noted human rights lawyer Vrinda Grover told Mint.

Grover contributed to drafting changes to laws against sexual violence in 2013, following the horrific Delhi gang rape. That's when the government passed the Sexual Harassment at the Workplace Act in India, which requires employers to have committees to investigate cases of sexual harassment.

In promoting Pachauri, TERI has failed in its legal obligations to make their workplace safe from sexual harassment, Grover told Business Standard. (Grover is also representing the second woman to allege that Pachauri sexually harassed her.)

No notable Indian scientist has come forward to publicly condemn this act, either. This is in stark contrast to the more vocal reaction from the scientific community to two recent cases of sexual harassment in the US.

As the Washington Post recently reported, both cases have led to more scientists speaking up against such behavior and working to hold perpetrators accountable.

Meanwhile, in New Delhi, Pachauri is on indefinite voluntary leave, to take care of a “large amount of writing,” he said in an email. He will also not attend the March graduation ceremony.

“The self-imposed leave is not the solution," says Jain. “He needs to be ousted.” Otherwise, she says, it sends a message to men in power, that they can get away with such behavior. And, Roy adds, it discourages women from speaking up against such acts.

Neither Pachauri nor TERI responded to requests for comment about the fresh allegations of sexual harassment. But Monday, the Indian media reported that a year-long police investigation has also found “enough evidence to prosecute” Pachauri.