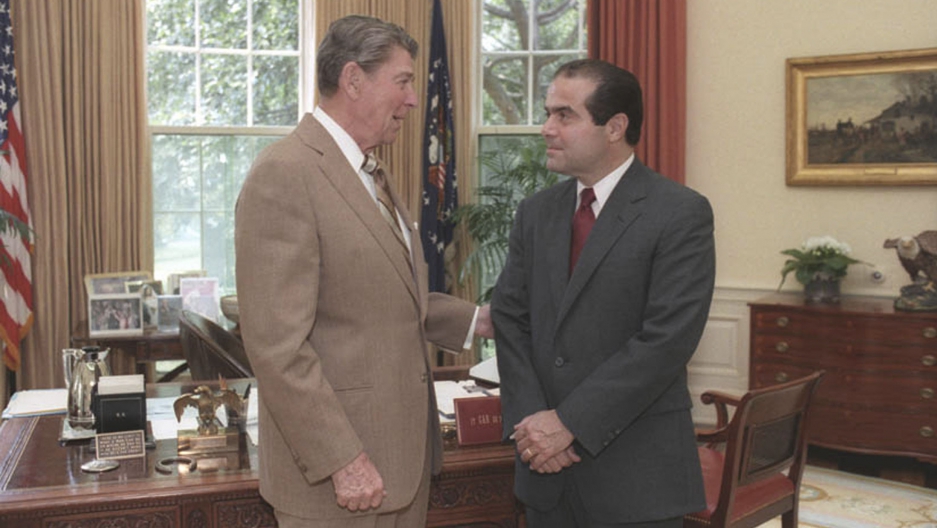 Antonin Scalia made history when he became the first Italian American appointed to the Supreme Court.

Scalia, who died Saturday was the son of an immigrant from Sicily, and his biographer, Joan Biskupic, says the judge was always proud of his Italian heritage.

He was born in Trenton, New Jersey, but moved to Queens as a young boy. His neighborhood was full of immigrant families: Italian, Irish, German, Jewish. His father, Salvatore, refused to speak English to anyone until he had mastered the language, but once he did he went on to get a Ph.D. from Columbia University. Learning was critical: His dad became a Romance language professor; his mom an elementary teacher.

Scalia’s Italian heritage was also probably what got him through a smooth confirmation back in 1986, according to Biskupic, a judicial affairs reporter for Reuters.

Then as now, Supreme Court appointments could be very controversial. Democratic Senator Edward Kennedy of Massachusetts was planning to give the conservative Scalia a hard time, recalls Biskupic, until he was reminded how many Italian Americans lived in his state.

“In fact, during the confirmation hearing just about every senator ... vetting the nominee, had to claim some Italian connection," Biskupic says. "I remember [one senator] saying something to the effect of ‘I’d be remiss if I didn’t mention that I had an aunt who once had a babysitter who was related to someone who was Italian.' Everybody was claiming that ethnicity.”

His appointment meant a huge amount to the Italian-American community, which in the 1980s still heard slurs about possible ties to organized crime.

As part of her research for her book on Scalia, Biskupic reviewed Ronald Reagan's presidential papers. She found that “just about every Italian American group in the country sent in an endorsement.”

Scalia went to Italy after he was confirmed. He told Biskupic about the welcome he got in a small town:

"There was a parade, and he rode down the street," she says. "He was standing up on a balcony and all these people were cheering ... He said, 'I think they thought that I even was Ronald Reagan.

"They were cheering so much,' he quipped, 'that I felt like Mussolini.'”