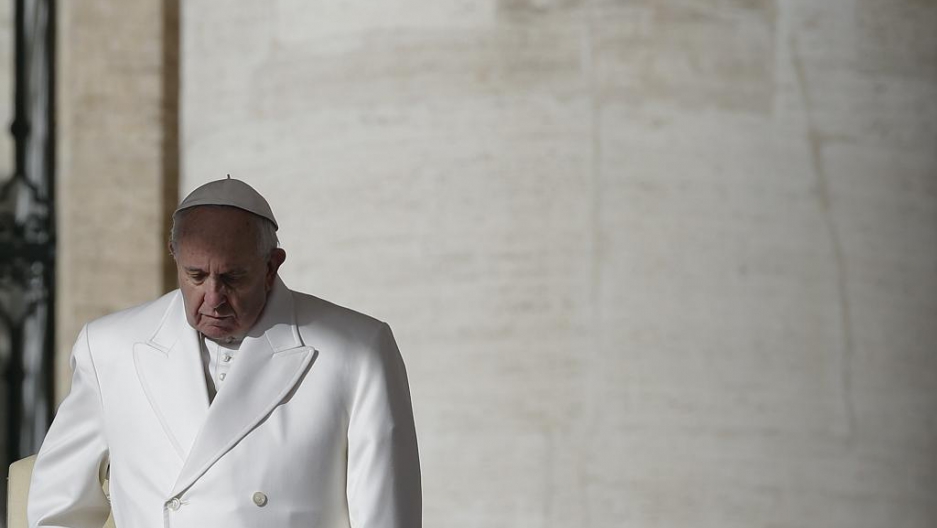 Is this the end of the pope's honeymoon period?

A member of a commission set up by Pope Francis to advise him on child abuse says the group is a “token body” exercising in “smoke and mirrors” that won’t help children stay safe from abusive priests.

Peter Saunders, the commission member, is now on a leave of absence as he considers whether to continue with an effort he says he has lost faith in.

Meanwhile, new Catholic bishops are still being taught they’re not obliged to report cases of child abuse by priests to the police.

The Pontifical Commission for the Protection of Minors, which Francis set up with much fanfare in 2014, was supposed to issue guidelines for the Vatican on how to deal with child abuse. But the body was never consulted about the training for new bishops on exactly that topic.

These are just some of the signs that Francis’ reform efforts, and his pledge to clean up the Catholic Church’s most damaging crisis, seem to be unraveling before they’ve even really gotten started.

The problems come as Pope Francis pays a visit to Latin America, a region where, as GlobalPost has reported, the church is accused of reassigning and protecting many alleged predator priests. Among the latest scandals in the region, Chileans are outraged that the pope appointed a bishop accused of shielding the country's most despised pedophile priest from investigation.

That the pope's efforts are faltering comes as no surprise to critics of the church, who have long claimed that Francis isn’t serious about reform, and that his proposed changes are more cosmetic than concrete.

“I think Pope Francis enjoyed a longer and deeper honeymoon period than any leader I’ve ever seen,” said David Clohessy, national director and spokesman for the Survivors Network of those Abused by Priests, or SNAP. “But I think that’s eroding, and justifiably so, and more quickly than many church officials would hope.”

GlobalPost recently spent a year investigating the international movement of predator priests. We tracked down several priests who were accused of abuse in the United States or Europe, and later transferred to South America, where they continued to celebrate Mass in poor, remote parishes.

The Vatican never responded to GlobalPost’s requests for comment during our investigation. But we examined Francis’ proposed reforms in detail and asked several experts what the pope should do if he’s serious about cleaning up the church’s sex abuse problem.

Back in 2014, even the pope’s critics lauded the creation of the pontifical commission, expressing hope that it represented a real opportunity for change. Saunders, one of the lay members on the board, was among the cautiously optimistic ones.

A prominent survivor of child abuse who runs a support organization in the United Kingdom, Saunders told GlobalPost last May: “I have to remain hopeful until my hopes are dashed… This is a new future for the church.”

Reached by phone in London this past week, Saunders said the last meeting of the commission was extremely heated and culminated in the group essentially forcing him to take a leave of absence. Saunders said he had lost confidence in the commission’s mission, makeup and sincerity.

“I very quickly realized that I’m surrounded by a group of lovely, kind, caring people whose primary loyalty is to the church,” Saunders said. “When Jesus walked into the temple 2,000 years ago and found people trading, gambling and up to all sorts of no good, he didn’t form a committee and say ‘let’s discuss this,’ he just picked the bastards up and threw them out.”

A spokesman for Boston Cardinal Sean O’Malley, who chairs the commission, directed questions about the group to the Vatican. An email to the Vatican Press Office received no reply.

However, Marie Collins, another member of the commission who is also an abuse survivor, took issue with Saunders’ comments.

Collins said the commission is working extremely hard on complicated policy changes that, once put into effect, will have a tangible impact on child safety. That work is incremental in nature and therefore takes time to do right, she said. Saunders doesn’t seem to be willing to put in that time, she added.

Collins also stressed that the commission isn’t supposed to be looking into individual abuse cases, something Saunders has been pushing for. But she said she still believes in the overall mission of the body, and she thinks tangible change can come out of it.

“When Jesus walked into the temple 2,000 years ago and found people trading, gambling and up to all sorts of no good, he didn’t form a committee and say ‘let’s discuss this,’ he just picked the bastards up and threw them out.”

“I wouldn’t stay there for five minutes if I didn’t think so,” she said. “I would have liked things to happen overnight, but I realize that this is such a global issue that if we’re going to make any progress towards change, we have to have policies that, once they’re put in place, will stick.”

One recent policy the church has put in place has been generating its own headlines.

Earlier this month, the Vatican released its training guidelines for new priests at a press conference and asked for feedback on them. Veteran Vatican reporter John L. Allen Jr., an associate editor of the Catholic website Crux, wrote about the guidelines in a column last week.

The church official who outlined the rules argued that bishops have “no duty to report allegations [of sexual abuse] to the police,” Allen wrote in his column. Furthermore, the commission — which was set up to advise the church on these matters — wasn’t involved in the creation of the guidelines. Allen wrote:

“What’s the point of creating a commission to promote best practices, and putting one of the Church’s most credible leaders on the abuse issue, Boston Cardinal Sean P. O’Malley, in charge of it, and yet not having it address the new leaders who will have to implement those practices?”

The exact role of the pontifical commission has always been unclear. Further clouding the issue is the fact that O’Malley doesn’t appear willing to talk about the work of the commission or its plans going forward. GlobalPost has tried on numerous occasions to interview O’Malley but has been turned down.

Clohessy of SNAP said the news regarding the commission is just the latest version of a long line of promised church reforms that have gone nowhere.

“There literally have been hundreds of church panels, and there have been thousands of incredibly smart experts and law enforcement officials and psychologists, and victims, who have wasted countless hours advising bishops who pretend to listen and care,” Clohessy said.