Mali’s capital Bamako is jumping with nightlife, despite the country still being in an official state of emergency.

Editor’s note: This is a review of Afropop Worldwide producers Sean Barlow and Banning Eyre’s impressions of Mali’s traditional music scene amid the country’s recovery from crisis.

The Festival Acoustik de Bamako was the city’s first big international music festival since le crise, the 2012 crisis during which Tuareg rebels and jihadi extremists ran the Malian army out of northern cities.

The rebels wreaked havoc on cultural sites, banned music and imposed Sharia law in the region, causing hundreds of thousands to flee (the UN estimates that 380,000 were “affected” by the crisis).

Hot on the heels of the northern rebellion, a military coup rocked Bamako in March 2012, unseating a democracy that had seen four successful elections since 1991.

Now, Mali has returned to a democratically elected government, but the peace and security are fragile. The crisis ended with French military intervention in January 2013, but all the problems that caused it remain.

We attended the festival to research two new Hip Deep programs: one on Tuareg music and history, and the other on Bamako’s music scene after the crisis — in particular how traditional music families are contending with life in these troubled times.

Toumani played a scorching set with his Symmetric Orchestra on the first night of the festival and presided over the entire event.

There were two stages (one that played host to Mali’s first lady on opening night), both graced by a number of international acts. But the real action came from the locals.

As if all this weren’t enough, Bamako simultaneously hosted the open-air Dogon Cultural Festival downtown on the banks of the Niger River. Three nights of diverse music on an excellent sound stage.

The good news in Mali is that vigorous independent media and free speech thrive, and the Malian people’s devotion to their unique culture absolutely endures.

See that in our photos, below. 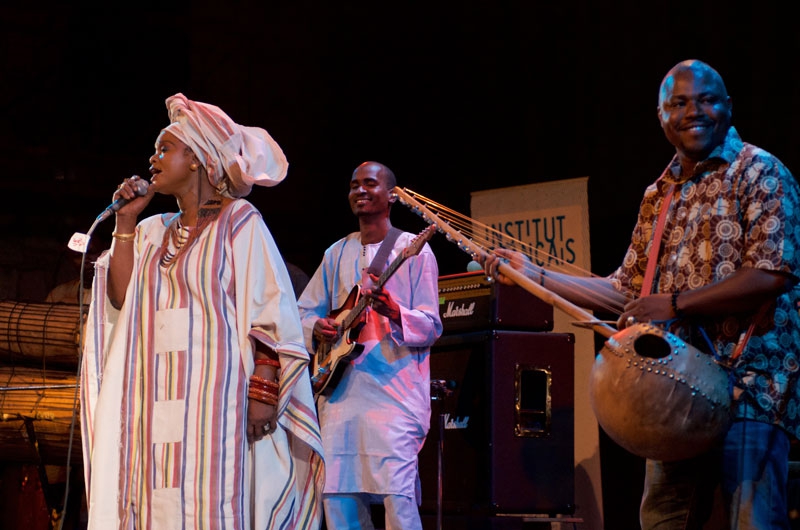 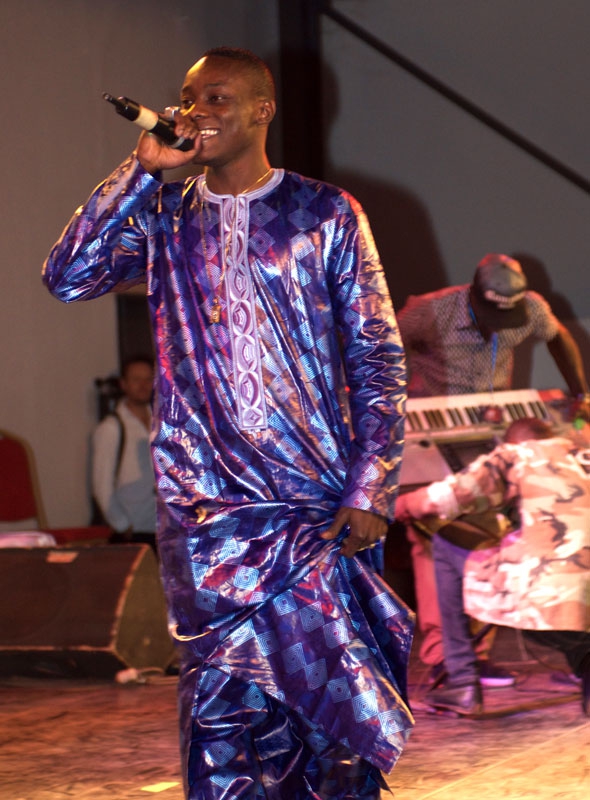 Sidiki Diabaté is a huge pop star — “more popular than me!” says his father and festival organizer Toumani. Sidiki headlined a 4,000-seat sports center packed with teenagers swooning and screaming for his pop rap. When he hit the stage at around 3 am, the place went berserk. 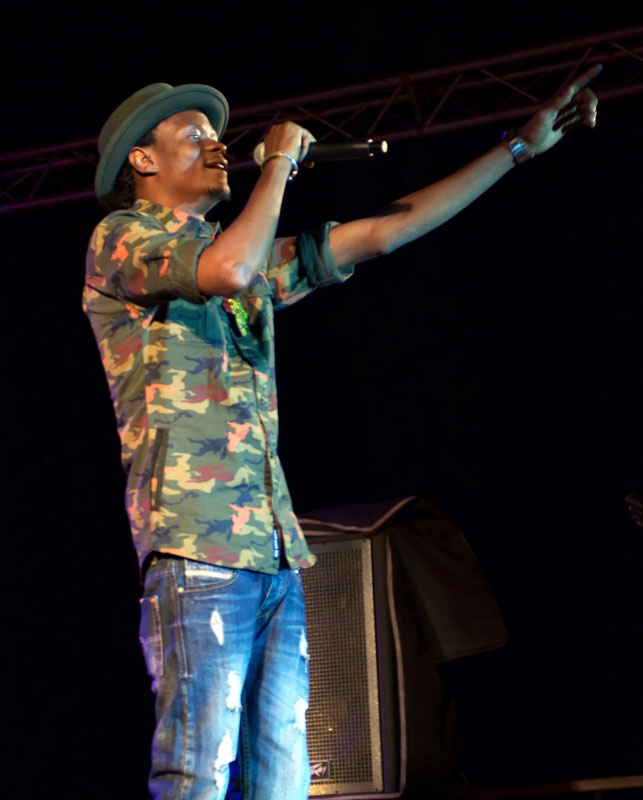 One of Mali’s boldest and most political rappers, Master Soumi. 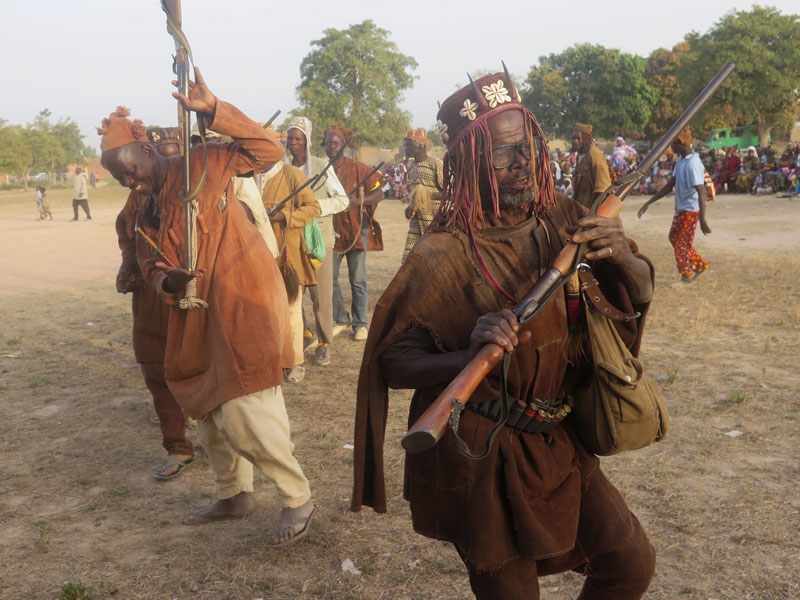 The Acoustik Festival doings included a spectacular excursion to the village of Kirina, where hunters, griots and costumed dancers paraded and performed to the delight of festival artists and journalists. 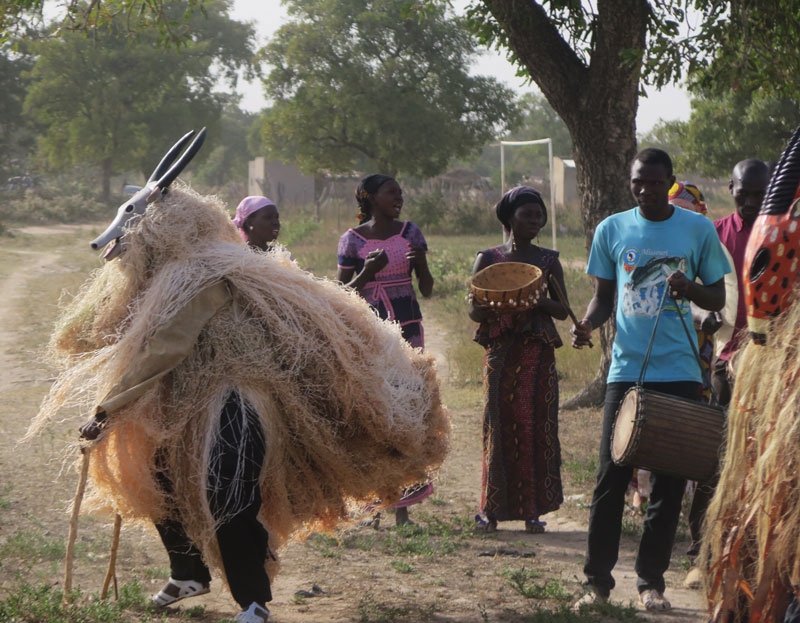 A costume dance in the Kirina village.

Afropop Worldwide’s Hip Deep programs are funded with generous support from the National Endowment for the Humanities, PRI, public radio stations around the US and by individual donors around the globe.