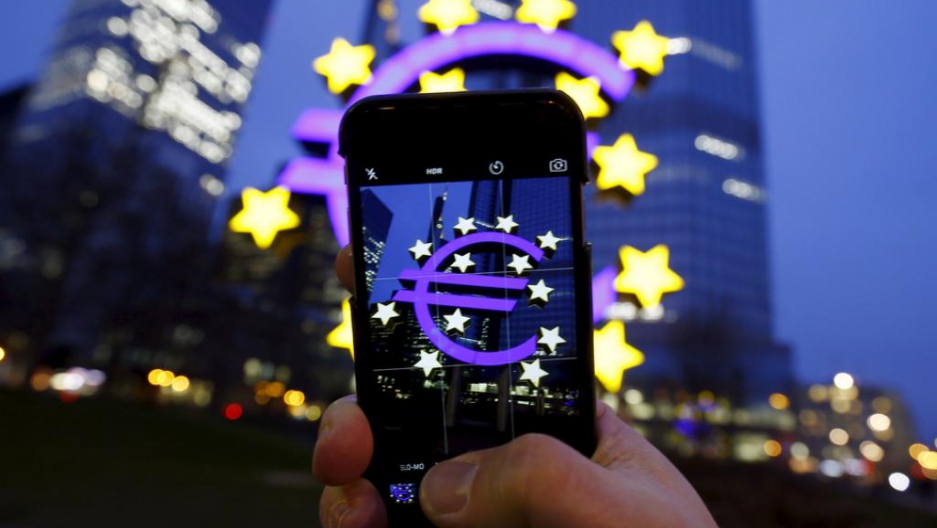 A tourist poses while taking a picture of the euro sign landmark outside the former headquarters of the European Central Bank in Frankfurt, Germany, on Jan. 19, 2016.

Negative interest rates might sound boring but they're a hot topic among central bankers and market watchers right now.

Below-zero rates started in 2009 when Sweden’s Riksbank became the first central bank in the world to push interest rates into negative territory. On Thursday, the Riksbank went even further, lowering its main interest rate to -0.5 percent from -0.35 percent.

It's not alone. The European Central Bank, Danish National Bank, Swiss National Bank, and most recently the Bank of Japan have joined the controversial club. Even the US Federal Reserve, which began raising interest rates in December, isn't ruling out a radical policy reversal.

Here's what you need to know about the unusual trend.

What are negative interest rates?

It's normal practice in the banking world for commercial lenders to keep money with a central bank. One of the reasons they do that is to meet minimum reserve requirements — that's the percentage of customer deposits that the banks can't lend out and are usually kept with a central bank. The central bank normally pays interest on those holdings.

Negative interest rates mean commercial banks are penalized for storing that extra cash with the central bank, instead of being paid positive, albeit very low, interest rates for loaning it out.

It would be like if your personal bank started charging you to keep money in your savings account instead of paying you the pitiful interest you currently receive.

Why are central banks using them?

In a word, desperation. Negative interest rates are a sign that everything else in a central bank's traditional monetary policy toolbox, such as reducing interest rates to very low levels, has failed to spur sufficient consumer and business spending.

"What I do worry about is they’re running out of ways in which to get an economy going,” said Charles Kane with MIT’s Sloan School of Management. “I honestly don’t know what another step could be other than negative interest rates.”

That's partly because commercial banks have been hoarding money instead of lending it.

Since the financial crisis, some commercial banks have been storing more cash than required because of "heightened risk aversion" — i.e. they're very cautious and want more money up their sleeve — according to the World Bank.

Another reason for the hoarding is that "sluggishness of economic activity" has lowered the "opportunity costs" of storing money with the central bank instead of lending it out.

If your own bank slapped a negative interest rate on your personal savings account, you'd consider withdrawing your money and putting it somewhere else, right?

That's exactly what central banks hope to achieve: Instead of paying a fee to hold extra cash with a central bank, commercial banks might choose increase lending to consumers and businesses, thus fueling inflation and spurring economic growth.

Kane said it’s anybody’s guess as to how low interest rates can go.

“I think until the value of oil starts to at least stabilize, it’s going to be a guessing game as to how low it (the interest rate) can go,” said Kane.

But commercial banks should feel the pressure as central banks in Sweden and Japan dip into negative territory, even if interest rates are just slightly below zero.

“A tenth of a percent on billions of dollars adds up. And it could be the difference of profit or loss in a major commercial bank,” said Kane.

There are growing concerns that such unorthodox policies could go wrong. Very wrong. Some economists say negative interest rates are "dangerous" and shouldn't happen.

For example, what if banks decide to pass on the cost of negative interest rates to their customers — as in, they start charging customers money on their savings? That could cause a bank run as depositors withdraw their money and stick it under mattresses, draining the financial system of the very thing the economy needs to operate.

And if banks were to absorb the cost of negative interest rates, it could damage their profits and destabilize the entire financial system.

Negative interest rates also could lead to currency devaluations as investors look for higher-yielding assets, elevating the risk of a currency war among export-dependent countries.

Another undesirable outcome could be economically dangerous asset bubbles.

Sweden’s real estate market is case in point. Instead of boosting inflation, as the central bank had hoped, negative interest rates have driven house prices up as more home buyers take advantage of cheaper-to-service mortgages. Now there are fears of a bubble.

"Altogether, we would argue that the move to negative rates has been unsuccessful," HSBC economist James Pomeroy told Bloomberg. "Inflation remains close to zero, the currency has strengthened and although growth has improved, this has come at the cost of a housing bubble."

With so many unknowns about negative interest rates, coupled with growing concerns about global growth, is it any wonder that bank shares have been tanking this week?