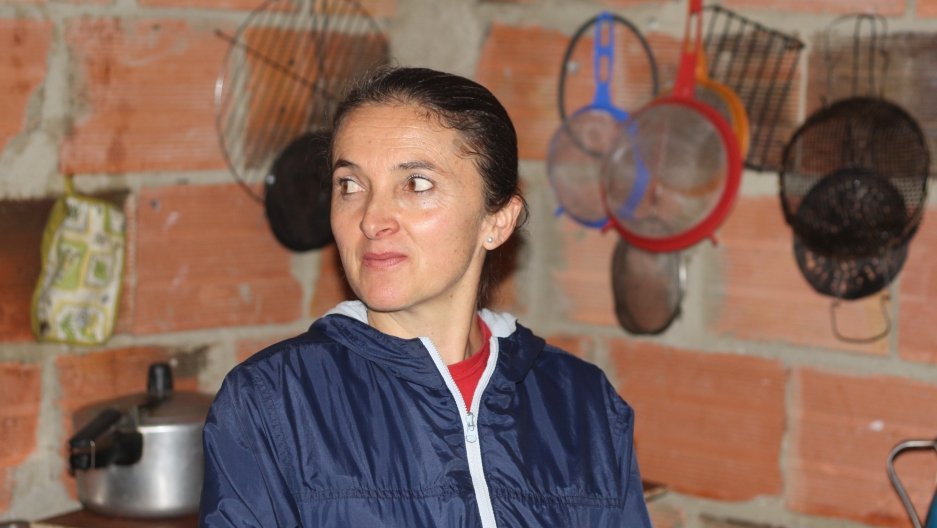 Belén García in her cinderblock home outside Bogotá. She commutes three hours each way to clean homes in wealthy neighborhoods.

After a 50-year civil war, Colombia is close to signing a peace deal with the Revolutionary Armed Forces of Colombia (FARC), the main rebel group in the country. That treaty could radically change Colombia’s prospects.

But for millions of indigenous, Afro-Colombian and peasant women, it’ll be hard to recover. The war has displaced them from rural areas to cities, where they’re basically stuck — as maids.

Mostly poor and uneducated, many of these women found all they could do to make a living was clean the homes of the wealthy. For them, domestic work means long hours for low pay and few, if any, benefits. And the issue of fair wages for domestic work is bigger than household economies — it might be crucial to Colombia’s post-conflict future.

The FARC used the country’s deeply rooted inequality to justify its violence: Measures to create a more equal society might finally put an end to those grievances. Many advocates for domestic workers hope that they, along with victims of armed conflict, will find justice from courts and truth commissions as well as in the homes of the wealthy families where they work. 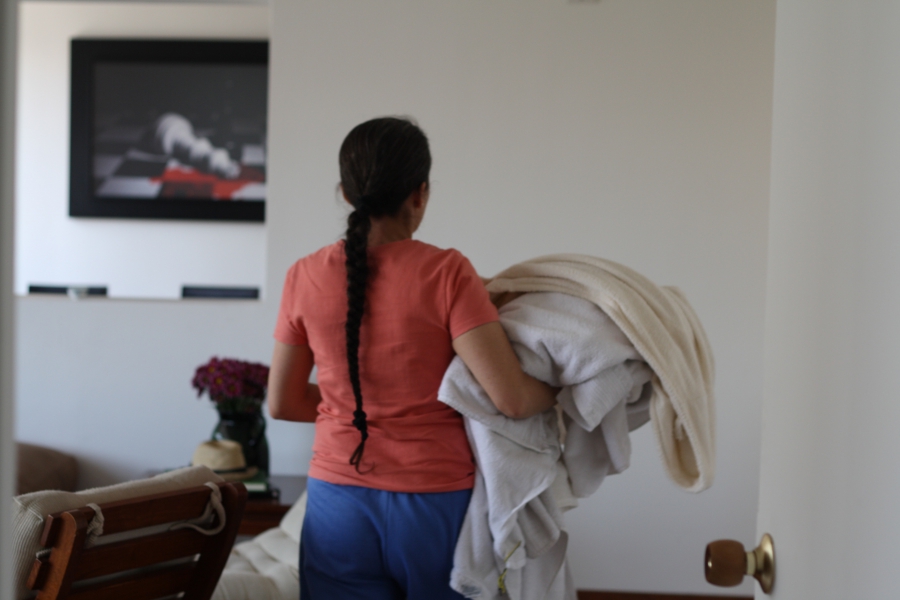 Among her many other duties, Belén García does the laundry at one of the homes where she works in Bogotá.

Long days for a few dollars

Belén García is one of approximately a million domestic workers legally registered in Colombia. For a full day of work she makes just 40,000 pesos, a little more than $10. A single mother with two teenage daughters, that income must cover rent, groceries, transportation and school supplies.

Every week she cleans for three households in northern Bogotá. If she gets sick, she doesn’t get paid, and she has no health insurance or retirement plan. There’s also her commute: Six hours round-trip on buses daily, nearly the length of her work day.

Even though some might call her current situation bleak, García says it still beats her former life. For many years, she says, she faced physical, psychological and sexual abuse from her husband, who forced the family to move to a guerrilla-dominated rural area, Sumapaz.

“He always said he was going to change, and he was always apologizing, but he never changed,” García says. “It was hell.”

She fled to Bogotá with her two daughters in 2003 after she received death threats from FARC fighters because, she says, she refused to sleep with them.

García has an ally among one of the families who employ her: Valentina Montoya, a feminist activist and lawyer who’s currently at Harvard University researching the challenges faced by domestic workers in Colombia. Montoya says it’s important to remember that while many women like García are displaced because of armed conflict, what they want most now is not pity, but respect.

“They are not acting just as vulnerable women who are victims and want a lot of welfare — no,” Montoya says. “They understand that, as any other employee, they have their obligations and responsibilities, and they want to improve on that.”

Both Montoya and García note that wealthy Colombian women owe much of their ability to work outside the home to the help of impoverished domestic help. Montoya argues that privileged women should acknowledge the labor rights of the women who make their independence possible. García agrees.

“If we don’t arrange their clothes, make their food, they won’t be able to work. And if they don’t pay us, then we won’t be able to survive,” García says. “We both need each other. They should support us more.”

Although Colombia subscribed to the International Labour Organization treaty that sets international standards for domestic workers, such as providing health insurance and other benefits, very little effort has been made to enforce this agreement.

In Medellín, Colombia’s second-largest city, domestic workers have started to organize around social media campaigns to bring attention to their plight, garnering attention from both press and policymakers. Right now, they’re more of an advocacy group than a union, as they lack bargaining power due to lack of resources and legal representation.

Montoya hopes the movement in Medellín could spread to other cities, including Bogotá, to help stop the chronically low wages, lack of benefits and employer abuse domestic workers face. For García, simply being seen as a professional, rather than a servant, would be a major step. 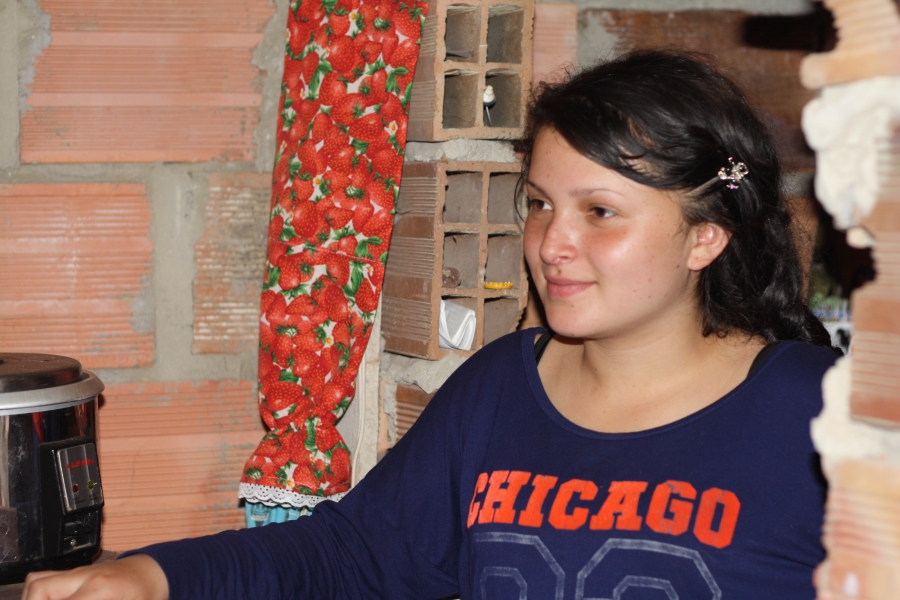 Belén's daughter Jenny at their home in Ciudad Bolivar.

When García returns late at night to her tiny cinderblock home, she shares instant coffee with her teenage daughters Jenny and Yohanna. Gaps between the wall and the ceiling let in a draft: The roof blew off recently, and García and her girls have tied the metal sheet to furniture to secure it.

García will wake up again tomorrow at 5:30 a.m. for the long ride back to work.