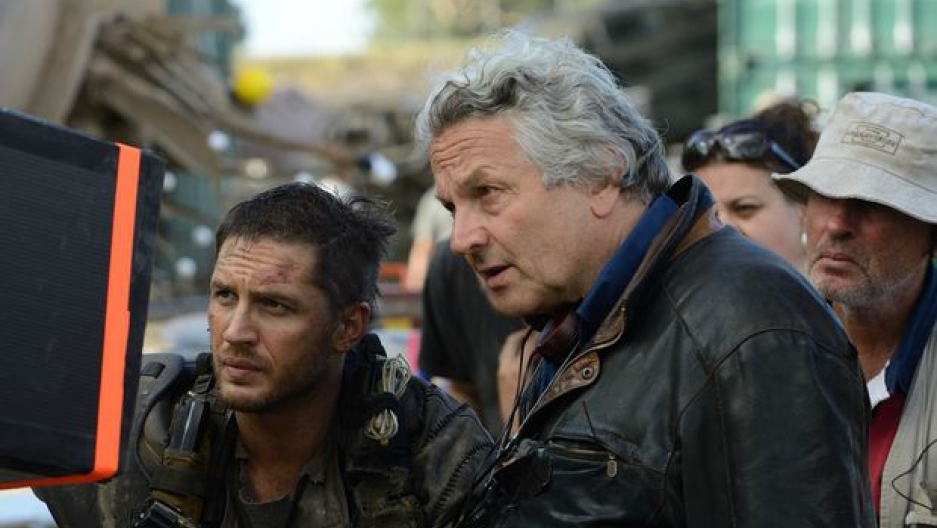 The 88th Academy Awards are less than three weeks away — and before their February 28, airing, we're checking in with the directors behind the five films vying for Best Picture honors, among them George Miller, director of Mad Max: Fury Road.

"Mad Max" has made it on lots of year-end top-10 lists, and it's been nominated for a total of 10 Oscars, including best picture and best director. But Miller, isn't your typical Hollywood success story. In fact, he never intended to get into show business.

"ItI always found this quote, that John Lennon line, 'Life is what happens when you are making other plans,' and it's definitely true in my case," Miller says. "I always wanted to be a doctor, enjoyed being a doctor. But at the same time ... I suddenly became interested in cinema at a time when you couldn't really have a career. There were no movies being made in Australia to speak of — at least by Australians."

So Miller continued in medical school, but just as he was graduating he had the chance to make a short film.

"And I immediately got hooked," Miller says. "And there was a whole cohort of people who were just basically driven by enthusiasm ... and suddenly an industry and I got caught up in that, always with the intention of going back and working as a doctor. I kept working as a doctor while I was making films, basically to earn a living."

Miller's first, super-low-budget movie was made when Jimmy Carter was president. It starred a little-known Australian actor named Mel Gibson. “Mad Max” was a hit, and Miller’s vision became the blueprint for post-apocalyptic cinema.

It wasn't until the mid-1980s, however, that Miller realized his film work was taking so much of his time that he no longer had time to practice medicine, so he decided to work in film full-time. His career continued to defy expectations. In middle age, Miller briefly abandoned the Max Max action series and created several films for children, including "Babe" and "Happy Feet."

"I had kids," Miller explains. "You're no longer going to the movies [when you have kids] because it's hard to suddenly spontaneously [say], 'Oh, let's go see a movie. So you're watching endless kids films. And also I really was interested in the technology."

Now that Miller's kids are grown up, he's returned to the Mad Max franchise, including this year's release. In "Mad Max: Fury Road," a warrior played by Charlize Theron runs from a tyrannical warlord. Like all the Mad Max films, it’s high on epic action and low on dialogue. And it has become something of a family business. Miller's wife, Margaret Sixel edited the film.

"One of the things in this film we tried not to do was to have the talky bits followed by the action bits," Miller says, "We were trying to conflate the two. And [Sixel] was very aware that each moment in some way had to inform you of the relationship of characters and so on. ... She's somebody who's got a very rigorous mind. She's got a very low boredom threshold, she hates repetition and is very mindful of that very careful orchestration, having a strong causal relationship one shot to the next. It's not just stringing shots together. And that was very important because there was a great risk that the film could look like every other action movie where it's a lot of sound and a lot of, you know, dazzling action."

The film also stands out in that it uses less computer generated visuals than many contemporary action films.

"This is a film that didn't defy the laws of physics," Miller says. "There are no flying men or spacecraft, so if you're going to go out to the desert, and have two vehicles colliding, why do it unofficially? Particularly with all the chaos of the dust and so on. It was much better to do it for real when you could."

Miller is not resting on his laurels with the success of Fury Road. The director, now 70, has more films in the works.

"I don't think I'll be making another Happy Feet," Miller says. "I have two other stories for Mad Max which are in script form and, probably not as the next film but the film after, I would like to do one of them."