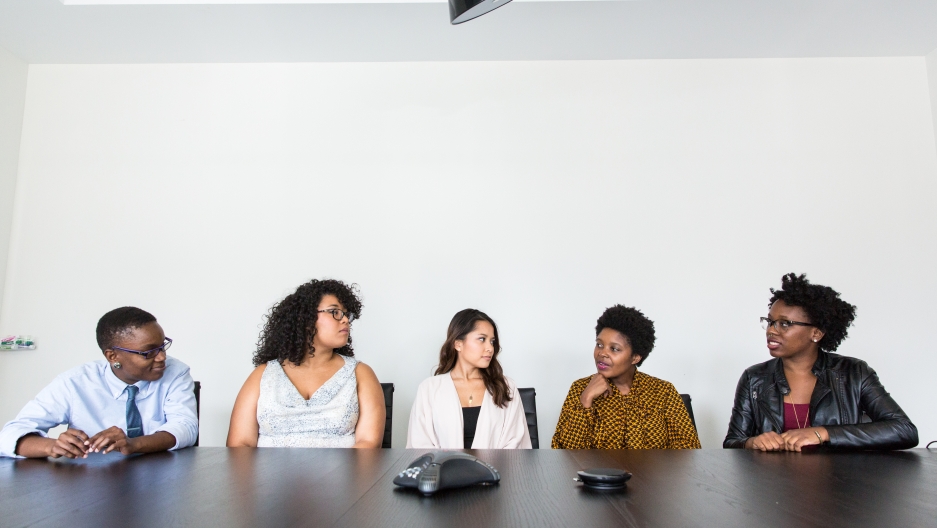 A few years ago, we looked at why there aren’t more women in tech, and how to fix it. We thought the story ended there, but one of our listeners set us straight.

Not only are minorities (including women) underrepresented in tech; even when they get great jobs, they don’t stay.

Just check out this study in the Harvard Business Review: 52 percent of qualified women working in tech end up leaving.

So how do we fix the problem? First of all, says Karen Schoellkopf, chief product officer at Vote Run Lead and creator of hiremorewomenintech.com, we need to take a hard look at the language companies use. Job descriptions that mention weekly keg parties, kite boarding and a company Ping-Pong table might be doing more harm than good.

“The technology sector has a bad reputation,” says Schoellkopf. “If you’re trying to recruit for a more diverse staff, you have to show why you don’t play into those tropes.”

“Hiring and promoting, these are not quantitative processes,” adds Kipp Bradford, research scientist at the MIT MediaLab. Study after study has shown promotion and hiring biases against names that "sound" African American, and favor Asian names. Women too are less likely to be considered for promotions.

The kicker? People who believed they're unbiased tend to be the most biased of all.

And homogeneity in the tech industry isn’t just bad for minorities; it’s bad for the bottom line, too.

“I’m not winning any hearts and minds by saying [hiring a more diverse staff] isn’t the right thing to do,” says Schoellkopf. Instead, she insists, “It has a direct outcome.” Diversity can help companies make more money.

For example, imagine a tech company made up of mostly high-income people who hang out in high-income circles. That company might have more of a laptop culture. But they might also miss the growing shift toward cell phones as a cheaper computing device, too.

Schoellkopf points out that it’s a bit ironic that companies who build themselves around diversity of ideas in products rarely embody that in their internal practices. But she remains hopeful. “I think that in the next five to ten years, we’ll see dramatic changes.”