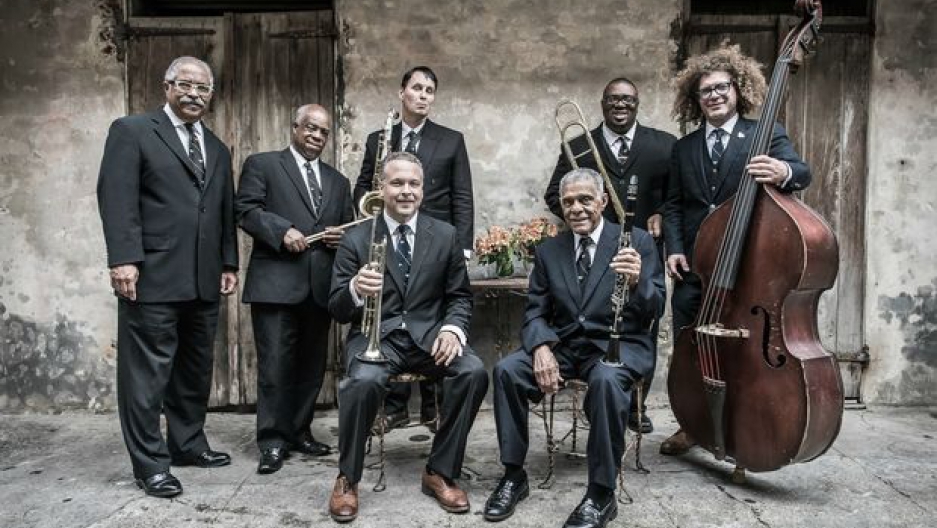 With the recent diplomatic thaw, there are new opportunities for Americans to travel to Cuba. Recently, New Orleans’ seven-member Preservation Hall Jazz Band, took its mission of preserving Louisiana jazz traditions, to the Caribbean island country.

“It was my dream to get to Cuba before I leave this universe,” says 83-year-old saxophonist Charlie Gabriel.

Gabriel, who started playing jazz when he was 11, first had the chance to go to Cuba 60 years ago.

“In 1956, a friend of mine [and I] were supposed to come to Cuba,” Gabriel says. “We made a big preparation to come, and at the last minute, I got a job and said, 'Well, look baby, I don't think I’m gonna make it.'” Gabriel hasn't had another opportunity to visit — until now.

As part of their tour, Gabriel and his bandmates had the chance to play a concert outdoors in an old part of Havana.

“We took over a tiny square and a pedestrian block,” says base player Ben Jaffe. “This is something that is fairly commonplace for us to do in New Orleans. The tradition is people march with the the parade.”

In Havana, however, the reaction of passers-by was not exactly what the jazz band expected. Not only did concert listeners march alongside the assembled band, they stepped up and started dancing right in and among the musicians!

“I was so happy to see them join in. All we had to do was play the music lively and everybody started dancing,” Gabriel says. “I’m playing my horn, and they get right inside the band. ... They were knocking me down. They didn't know, they were just doing what they felt. So I just enjoyed it. I really did.”

Others noticed a lot of musical connections between New Orleans and Havana.

One of Cuba’s premier jazz pianists, Ernan Lopez-Nussa, paid a visit to Preservation Hall’s tiny performance space in New Orleans. “When Herman visited, he was playing something on the piano,” Jaffe recalls. “I said, ‘Oh, that sounds like ragtime.’ He said, ‘No, this is a danzón.’”

Lopez-Nussa took this friendly debate as an opportunity to compose a piece that explores where Cuban and New Orleans music “kiss each other.” The piece premiered to a roaring ovation when the band and Lopez-Nussa co-headlined at Havana’s grand Teatro Mella.

“I’m very pleased,” Gabriel says. “This journey, it’s been a wonderful experience and I really completed my dream. But that doesn't mean I want to leave now. I still want to live long.”