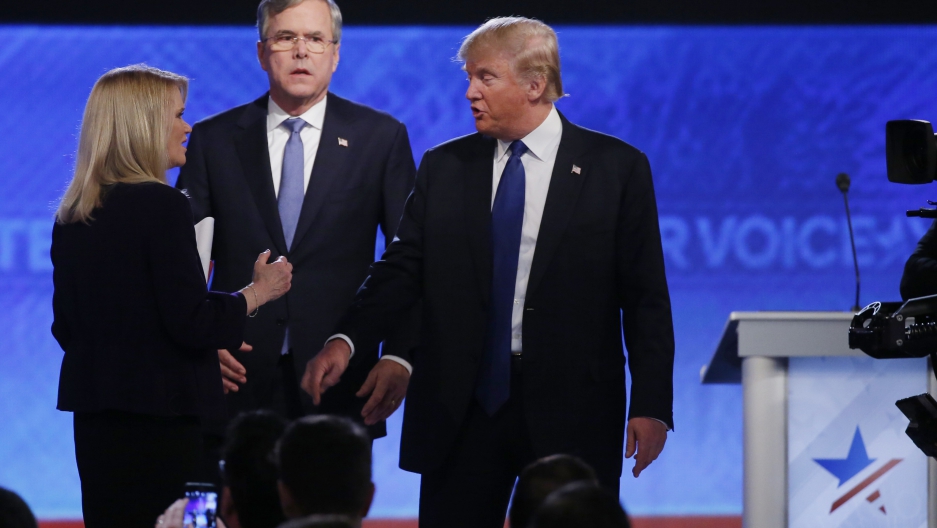 In the final days of campaigning in New Hampshire, presidential candidates are yielding stories that reveal a more human side. Are they weary "what-do-I-have-to-lose" displays of authenticity? Or a counterprogramming show of id to the superego of GOP front-runner Donald Trump?

Hillary Clinton, Ted Cruz, Marco Rubio have delivered family stories in the past days that didn't feel, as Chris Christie said Saturday night in attacking Rubio, pulled from some handler's 25-second soundbite. Even Jeb Bush, scion of a political dynasty, managed to sound like the common man in a tangle with Trump.

First, Clinton: After decades in the spotlight, Hillary Clinton spoke in a debate last week of daily 5 a.m. emails from spiritual leaders. She namechecked theologian Henri Nouwen and said she tries to practice what Nouwen calls "the discipline of gratitude."

In a Saturday afternoon gathering with students at New England College in Henniker, New Hampshire, she spoke of struggling to pay student loans right out of school, while working for $14,000 a year for the Children's Defense Fund. It led one of her most effective parts of the talk, in which she asked students to say what interest they were paying on loans. Eight percent, said one. Eleven percent, said another.

Declaring it an outrage, Clinton said other Americans haven't seen those kinds of interest rates in a decade and said the federal government had no business profiting off the backs of students.

Her Democratic opponent, Bernie Sanders, has also sought to connect through stories of his impoverished youth, his humble red Chevy and his poor singing voice.

In Saturday night's GOP debate, hard-charging Ted Cruz showed a different side on a question about opioid abuse. The question included the eye-catching statistic that 48 percent of New Hampshire residents have known someone addicted to heroin, much of those tragedies following a doctor's prescription of highly addictive pain killers.

Cruz told a story of he and his father searching for his older half-sister, who had battled drugs much of her life and spent time in crack houses. Cruz spoke of charging up $20,000 in credit card debt right out of law school to send his nephew to Valley Forge Academy to get the boy away from Cruz's drug-addled half-sister, who later died of an overdose.

In a question about veterans' care, Rubio related how his older brother Mario, a Green Beret in Vietnam from 1968 to 1971, lost two front teeth jumping out of a helicopter there. For decades, Mario Rubio has been fighting the Veterans Administration bureaucracy to get the required dental work done. For decades, the Rubio family have heard how the VA would question Mario about how he lost his teeth, how Mario would respond that he didn't jump out of a helicopter anywhere else. (Here's more on Mario Rubio, who is now in his 60s and works for the city of Jacksonville.)

Jeb Bush talked about meeting an elderly man earlier Saturday who has been fighting for benefits from the government, which has mistakenly declared him dead. Bush, with a smile, said he won the man's vote,

Bush also came out looking like a common man in a tangle with Trump over eminent domain. To boos of the crowd, Trump tried to shush him and muttered that Bush was trying to act like a tough guy.

Bush shot back with a reference to the widow in Atlantic City whose home Trump tried to take for his casino against her will.

'How tough is it," Bush asked, "to take away a property from an elderly woman?"