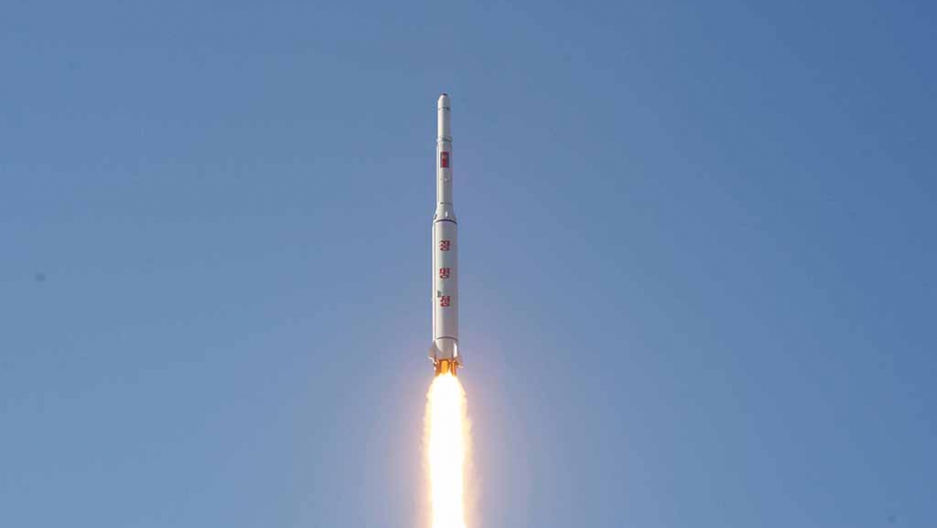 North Korea is at it again. On Sunday morning, the hermit kingdom launched what it called a satellite into space. Detractors say the launch is a front for a missile test. The international community is outraged.

As per usual, it is difficult to tease out exactly what's going on with North Korea and precisely how scared we should be.

But it is true that the same technology used to launch a satellite could potentially deliver a nuclear warhead. It is also true that North Korea is believed to have previously launched a rocket with an estimated range of around 5,600 miles — which would put Australia, much of Western Europe, and the West Coast of the US in range.

In January, North Korea claimed to have successfully detonated a hydrogen bomb — which, again, may or may not be true. But regardless, North Korea does have at least a dozen nuclear weapons.

They've got the goods. What they don't have at present is a sophisticated way to deliver them. Which is exactly what they were working on today, when they launched yet another rocket into space.

As aerospace engineer John Schilling told CNN: "Even failed satellite launches would be a learning experience."

In northeastern Brazil, the epicenter of the Zika crisis, the number of newly reported microcephaly cases — a birth defect linked to the virus — has dropped significantly in the first weeks of 2016.

Good news, right? Not so fast.

Experts warn that without radical action from the government and citizens, northeastern Brazil could face a similar increase in babies born with microcephaly later this year.

It’s a case of delayed reaction, reports GlobalPost's Will Carless: Mosquitoes multiply and spread diseases quickly during the wet season — which is now. As Carnival brings millions of revelers onto the streets in scanty costumes, Recife’s mosquitoes feast on the bare flesh, potentially passing on Zika with their bites.

Experts say women who are pregnant during these hottest, rainiest months of December to March, and who contract Zika during their first trimester, could go on to give birth to babies with microcephaly in September to December — exactly when last year’s big spike happened.

It's not a foregone conclusion, and there is hope. Unlike last year, Zika is on everyone's mind now, which will hopefully translate into changing behaviors and increased efforts to avoid mosquitoes.

Of course, most people at risk would gladly wear bug repellent, if they could afford it.

If you've read this far, you are entitled to some out and out good news. Here it is: the world is still worth loving.

We know it's hard to remember that on an average day when bombs are falling and refugees are drowning.

But we promise it's true. Let us show you how. Over the years, GlobalPost has asked correspondents to tell us why they love the places they've lived. We've collected some of our favorite responses here.

Read these love letters to our favorite places on Earth and rekindle your love affair with the world — just in time for Valentine's Day.