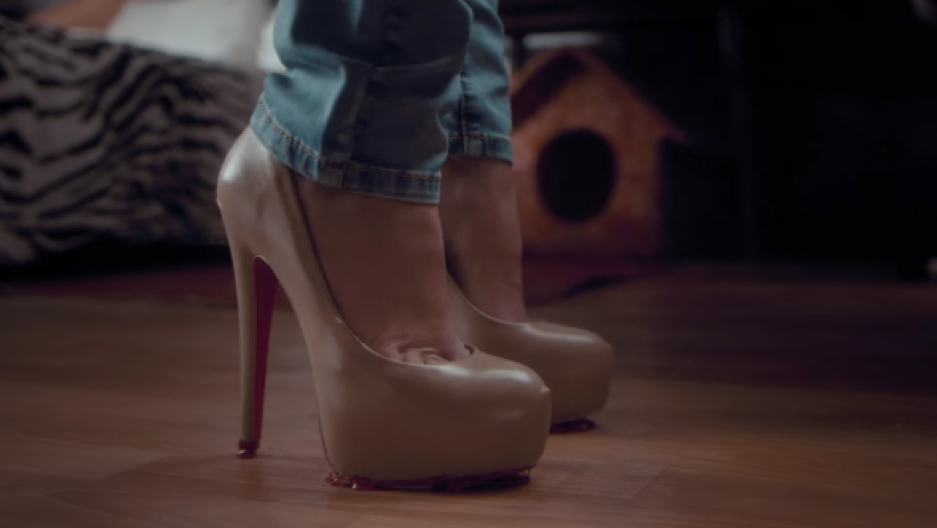 On YouTube, the music video has attracted more than 32 million views in just three weeks.

Even for one of Russia’s most popular rock bands, Leningrad’s new song “Display Exhibit” (“Exponat”) stands out as a massive hit. The song tells the story of a young woman going on a date with a man named Serge to an art exhibit featuring work by Vincent van Gogh. The chorus, in Leningrad’s typically obscene style, repeats, “In Louboutins, f---, and in f---ing awesome pants.” (In Russian, the verse rhymes.)

The music video fleshes out the protagonist a bit more. It begins with the woman telling Serge over video chat that she’s just turned down an allowance from her wealthy father and moved into a loft to pursue art. Serge, who’s dressed like a businessman and flanked by wall clocks showing the times in Moscow and Tokyo, shows mild interest in her drawing (which we soon learn the woman is lying about) and then invites her to see a new Van Gogh exhibit.

After demurely accepting Serge’s invitation and ending the call, the woman begins jumping up and down with joy, declaring how awesome she is.

Her mother walks in, and the audience realizes that the young woman was lying about having moved away from home (and about being rich). She spends the rest of the video hunting down the perfect outfit, which she hopes to use to seduce Serge into marriage and a comfortable life. First she bullies a friend into loaning her a pair of shoes that resemble (the far more expensive) Christian Louboutin stilettos, and then she goes to great lengths to squeeze into impossibly skinny jeans.

Desperate to disguise the fake shoes as Louboutins, she paints the heels red with nail polish and sets them to dry near the heater. At one point, her mother walks in on her, when she’s struggling to fit into her jeans. Mom gets an earful about keeping too much bread in the apartment and for passing on a “fat ass,” which now prevents her daughter from wearing the right pants. “Don’t talk that way about bread!” her mother answers. “Our granny lived through the Blockade [of Leningrad]!” Still suffering, the young woman fires back, now crying, “Granny lived, but I’m f---ed.”

Though she eventually finds her way into the jeans, things don’t end so well for our heroine. You can join millions of other people and watch the video’s dramatic conclusion for yourself, which hardly requires Russian fluency to enjoy:

On January 26, about two weeks after the video was released, the organizers at Artplay, a Moscow museum now featuring a new Van Gogh exhibit, announced that it is extending the show until Valentine’s Day. On the weekend of February 13 and 14, the museum will even offer free admission to any women wearing stilettos with heels at least 10 centimeters (4 inches) tall. And men named Serge (carrying the proper identification) get a 50-percent discount on their tickets. 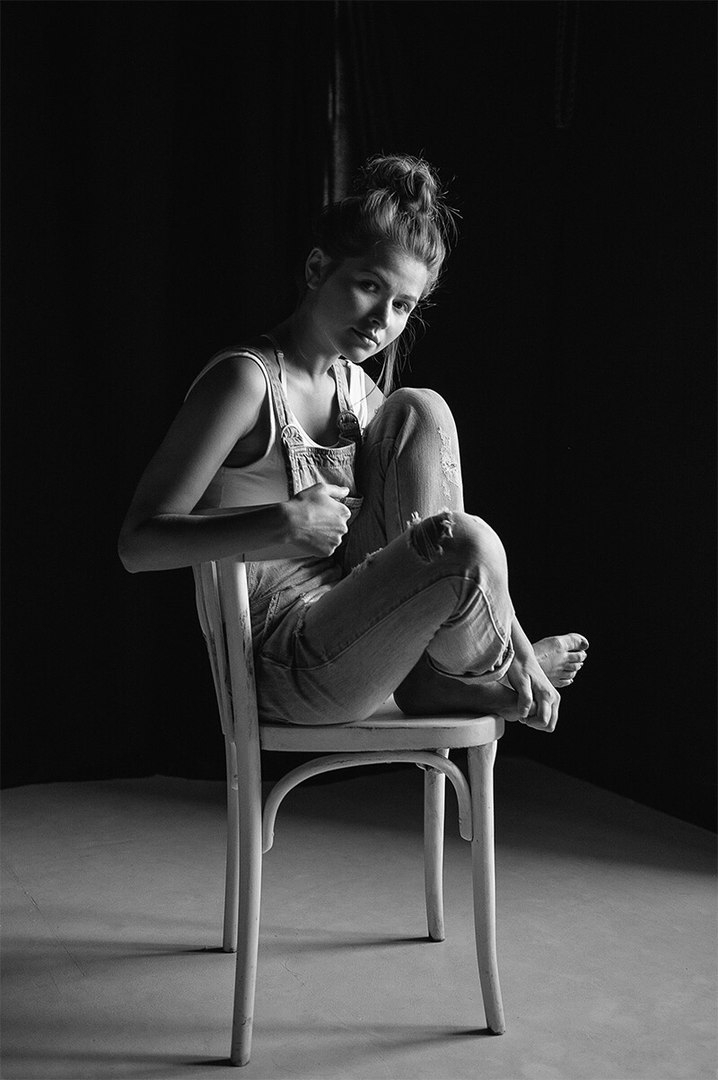 After Artplay’s announcement, Russian representatives for Christian Louboutin asked the media not to mention its brand name in reports about the Van Gogh exhibit, arguing that it never consented to allowing its name in the promotion of “another brand.”

Despite the shoemaker's dislike of its brand name being thrown around, Leningrad went on national television two days later and performed a live version of the hit song, using the phrase “in Louboutins” dozens of times. (The band did, however, agree to replace the obscenities in the song with neutered language. In an Instagram post, the band’s front man, Sergei Shnurov, called it a necessary compromise to perform on TV.)

Meanwhile, Yulia Topolnitskaya, the 24-year-old actress who starred in the music video, has become an overnight star in Russia. She seems to be enjoying the limelight, giving many interviews, where she’s often asked about her body (which was, admittedly, the focus of the Leningrad video). She claims to have gained a small amount of weightintentionally before filming, but she says she’s now busy trimming back down.

Topolnitskaya’s waistline aside, her acting in the video is remarkably funny. And at least 32 million YouTube users seem to agree.

This story was cross-posted from our partners at Global Voices, a network of hundreds of bloggers worldwide.