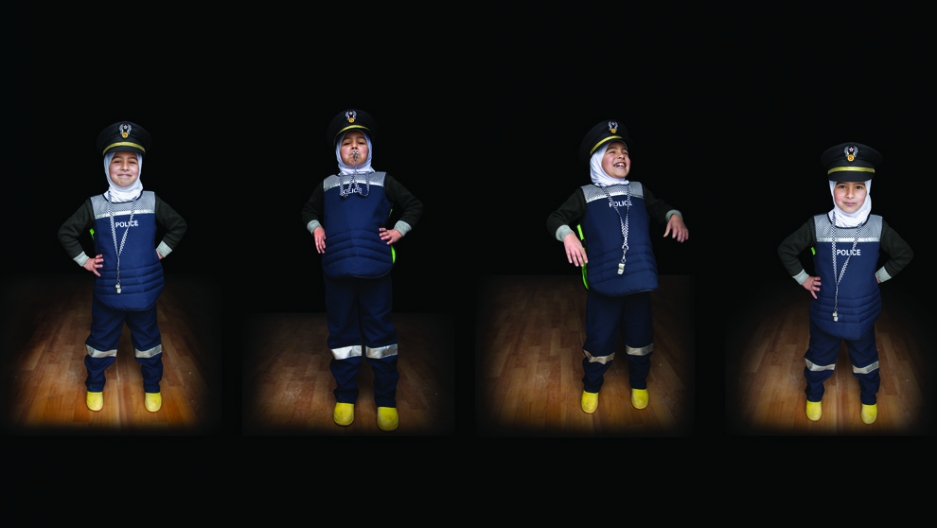 Fatima, 11, wants to be a police officer.

The raging civil war in Syria has displaced more than 4.5 million people, but young refugee girls in Lebanon are being given hope for their futures thanks to a collaboration between the International Rescue Committee (IRC) and photographer Meredith Hutchison.

In 2013, the IRC and Hutchison created the Vision Not A Victim project, an initiative designed to help young girls "explore their power and potential and cultivate essential skills." The program started in the eastern Democratic Republic of Congo. About a year ago, the program was implemented in Jordan.

Several girls from the Zaatari Refugee Camp in Mafraq, Jordan, were given the opportunity to work with mentors to envision a future of their choosing — and then set out a plan for how to achieve those dreams. As a culmination, they're invited to setup a photoshoot that captures them as women who are living their dreams.

"Whenever possible, we try to go to the real locations so the girls can meet professional mentors and see what it looks like and feels like to embody that profession," said Hutchison.

Fatima, 11, wants to be a surgeon. Her photo shoot took place at the local hospital. 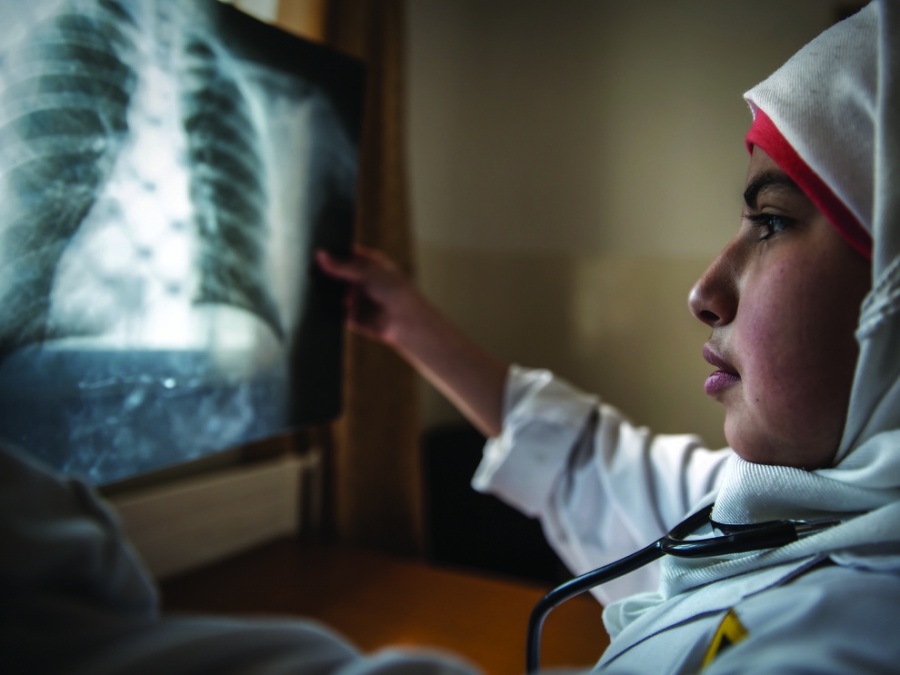 “Fatima's was one of my most favorite photoshoots," Hutchison said. "From the moment we stepped foot on the hospital campus, and she put on that white jacket, she insisted that everyone call her Dr. Fatima. ... So we'd walk through the halls and she'd introduce herself and say 'Hi, I'm Dr. Fatima. How are you feeling today?'" 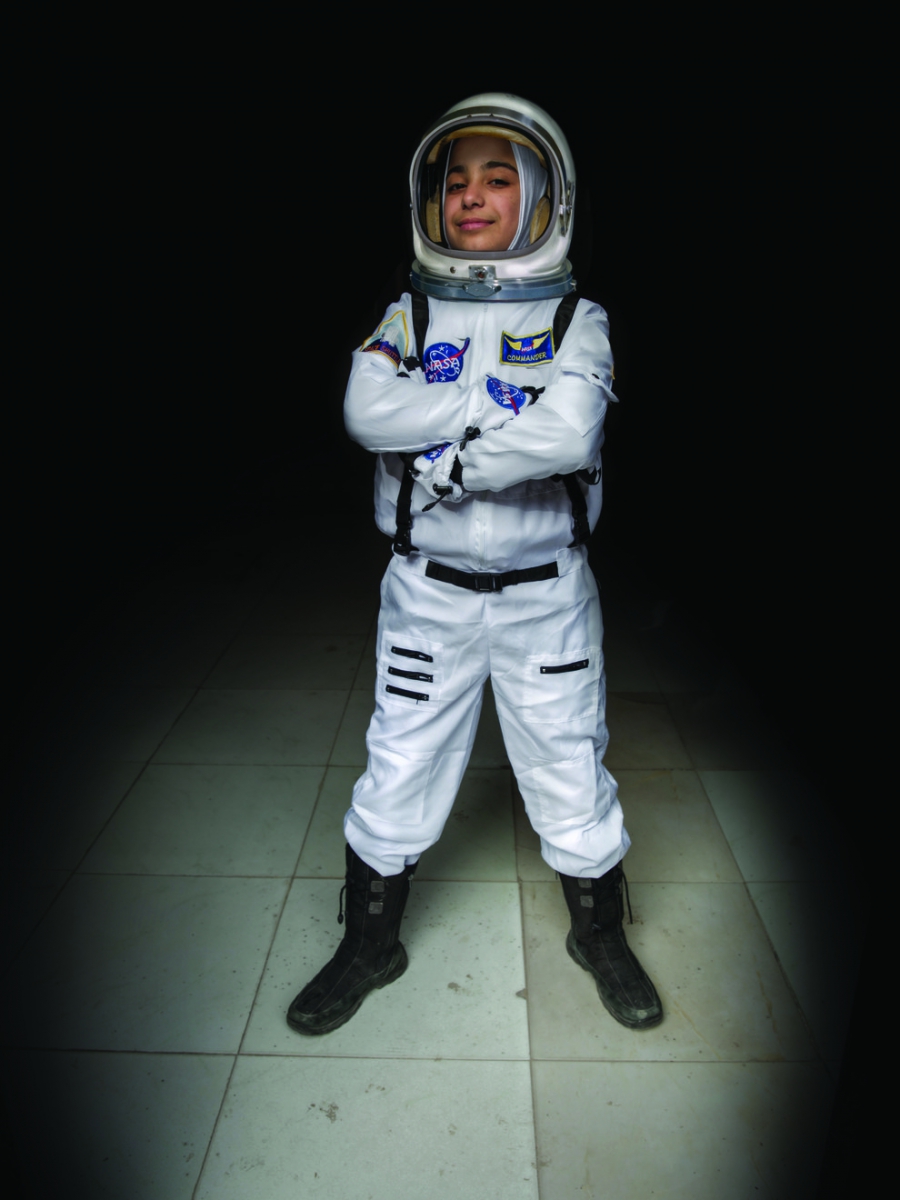 “What I love about her image and what she says is that she talks about wanting to be an astronaut because she wants to look at things from a new perspective and discover something that no one has discovered before."

Malack, 16, wants to be a police officer. 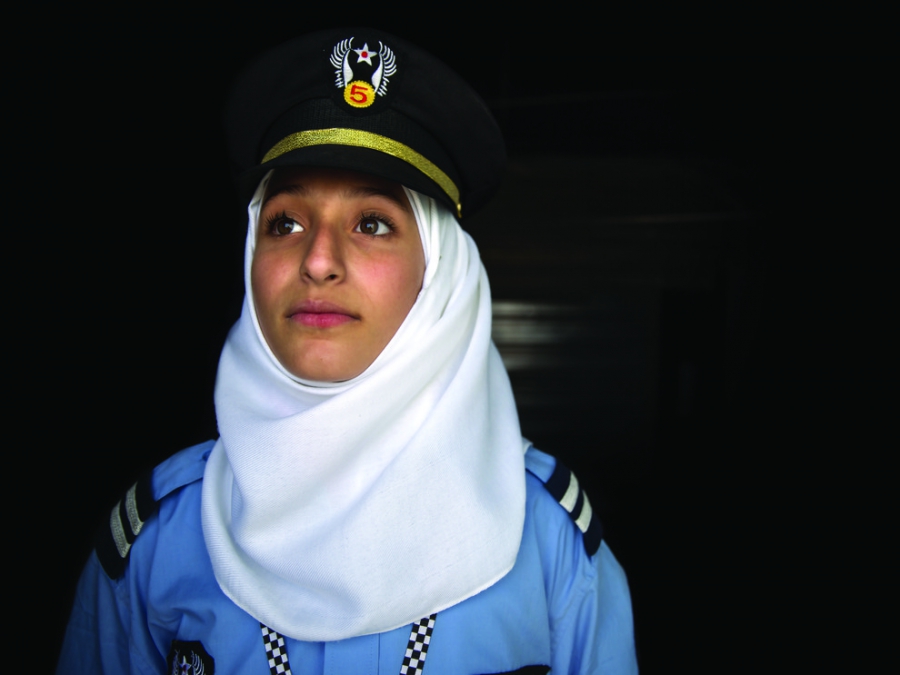 After the photoshoots, IRC partners use the printed images to engage parents and community leaders in conversations about the importance of investing in education, keeping girls safe, and providing support they need to achieve their goals. 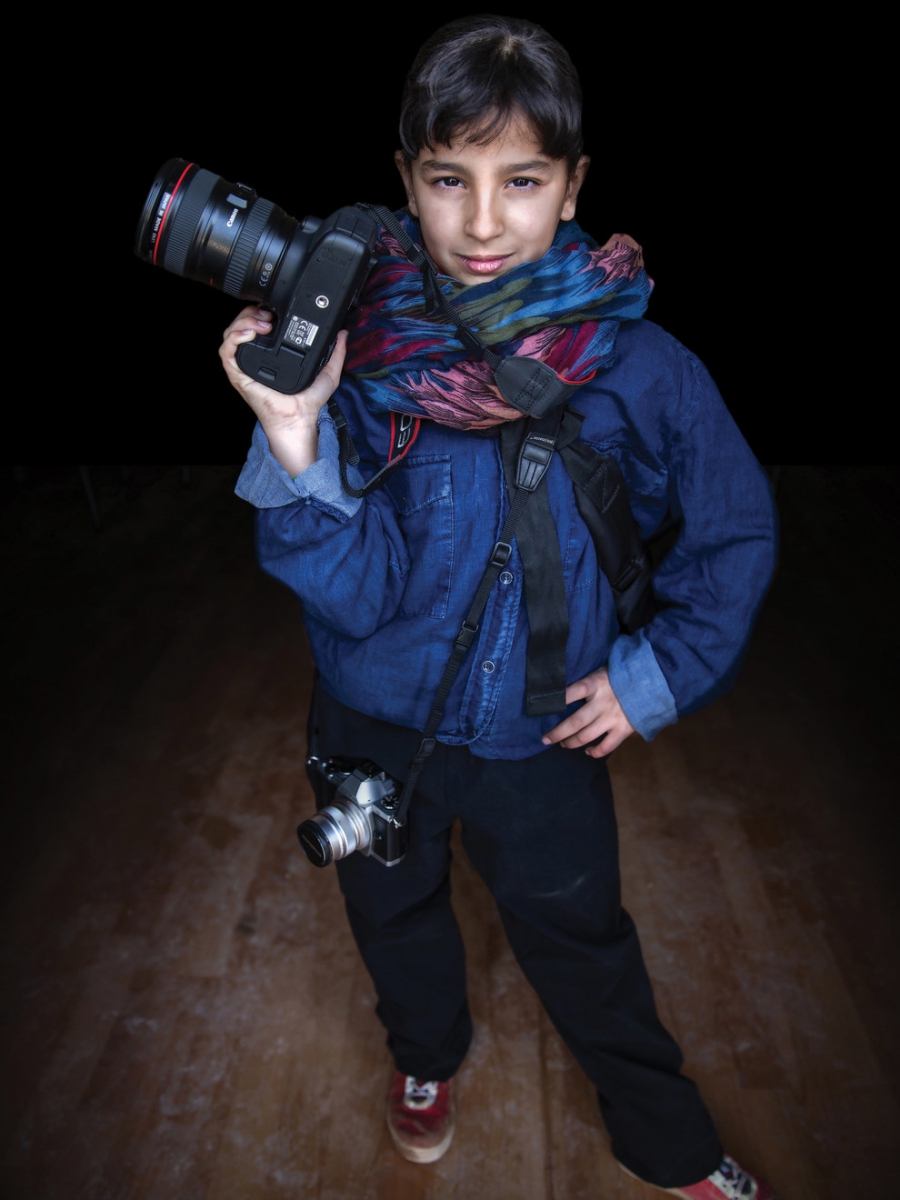 Muntaha, 12, wants to be a photographer. 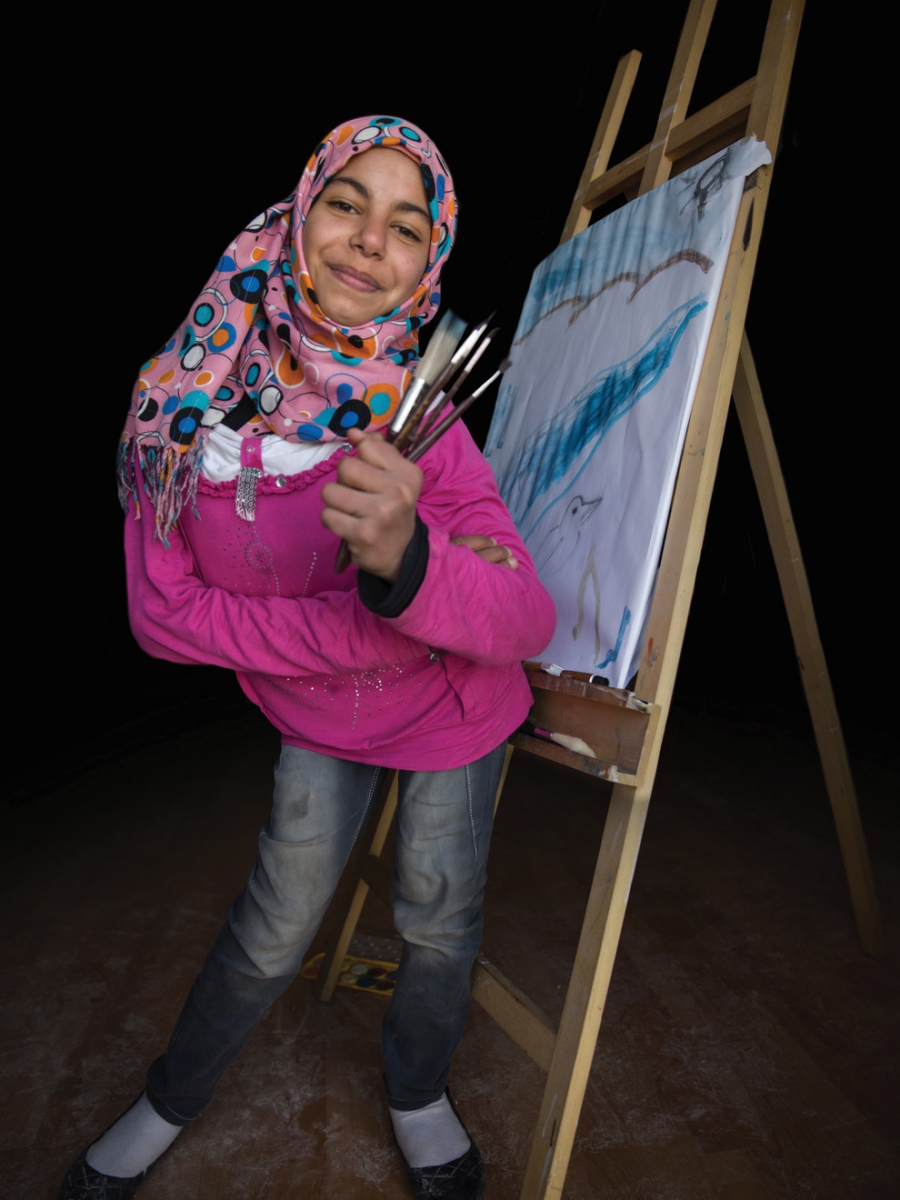 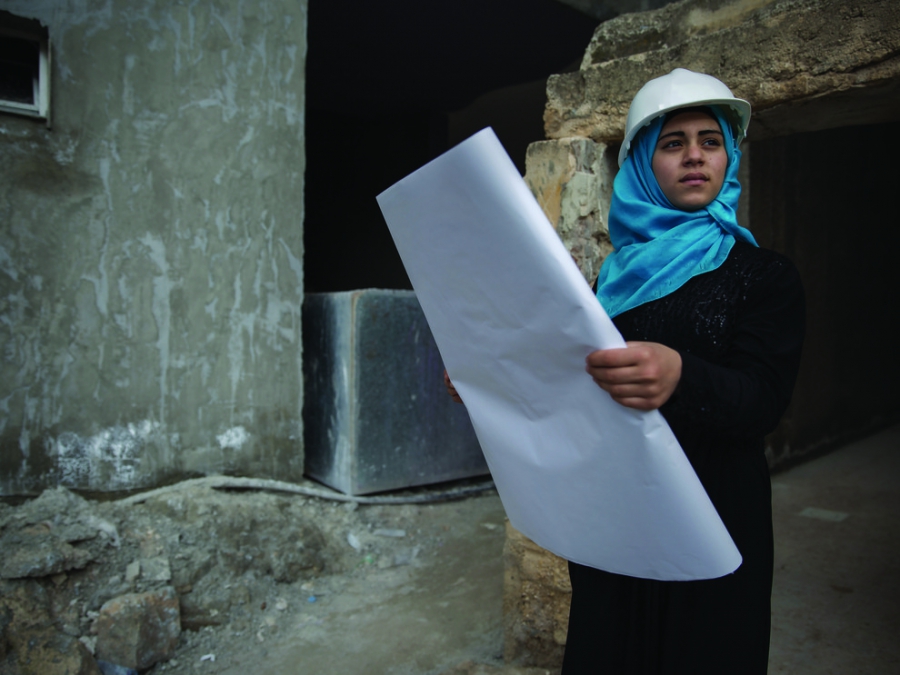 Fatima, 16, wants to be an architect.

Of the 4.5 million registered refugees, half are women — many are under the age of 17.

In an article, Hutchison said girls in Syria face a disproportionate amount of harassment and exploitation, and are often prevented from getting an education.

The IRC has helped almost 2 million refugees from the Syrian crisis — and the work continues.