When a person is granted asylum in Sweden, the first order of business: learn the language.

The small Swedish city of Södertälje is known for being the childhood home of tennis legend Bjorn Borg, and now, as home to many migrants from Syria and Iraq. I spoke with Sevag Yemenyjan outside of a Swedish language classroom. He fled Syria and left everything and everyone behind. I asked how he chose Sweden.

“Someone told me Sweden is good. They help for school, and help two years,” said Yemenyjan in somewhat stilted English.

Two years refers to the time period for cash assistance to asylees. During that time, Yemenyjan will receive close to $54,000 to support himself, his wife, and two daughters. By comparison, if he and his family went to the US as refugees, they'd get a one-time payment of about $4,000. (There are other forms of non-cash assistance in both countries as well.)

Roughly 163,000 migrants applied for asylum in Sweden last year, the highest per capita rate in Europe; not surprising as the country has among the most generous social benefits in the world.

The transition to a new country and culture hasn’t been easy for Yemenyjan, but he says he’s grateful to be in Sweden, except for the winter, that is.

“I don’t go out because it’s very cold,” he says, laughing about his coping strategy.

Yemenyjan was a jeweler back in Syria. After he picks up more of the Swedish language, he’ll meet with somebody at Arbetsförmedlingen, the Swedish public employment service, to help him find work.

“The best way to get into society is to meet the Swedish people at work and it’s also the best way to learn the language,” says Fredrik Möller, a senior administrative officer at Arbetsförmedlingen.

But here's the thing: Sweden has a highly-skilled workforce, and it’s tough to place many refugees looking for work.

The median time: eight years. Sweden’s generous social system supports them along the way. But increasingly, many Swedes are saying the country can’t afford to keep doing this.

Sweden tightened its borders this year and may deport up to 80,000 migrants. One far right nationalist party, the Sweden Democrats, wants to close the borders entirely to asylum seekers. The party is surging in popularity, from a fringe group to polling at near 20 percent support.

Parliamentarian Markus Wiechel, the Party spokeperson on migration issues, says beyond the economic strain that migrants place on Swedish society, they also pose a danger.

“A lot of them are radical Muslims. They’re radicalized here in Sweden because of the tensions in the society, because of the segregation," says Wiechel. "They’ve ended up in radical groups.”

The Swedish government estimates that up to 300 Swedes have travelled to the Middle East to fight with ISIS.

The Sweden Democrats been labelled as xenophobic and racist. Some of the Party's founding members were linked to neo-Nazi groups. Wiechel admits the party has had problems in the past, but he says they’ve expelled troubled members and they don’t tolerate racism. And he says the right-wing in Sweden, well, it’s pretty different from the US.

“When I used to live in the US, I was actually active in the Kerry (presidential) campaign of 2004. So I would consider myself a Democrat,” says Wiechel.

Wiechel says his party supports increasing foreign aid to help refugees stay closer to home. They’d like to stop the flow of migrants seeking asylum, but would allow in more refugees already vetted by the United Nations. He adds though, for those refugees who do settle in Sweden, they need to behave Swedish.

“I think it must be Swedish schools here in the country, not Syrian, not Muslim, not other things,” says Charbel Samoil, a Syrian refugee who moved here a couple of years ago.

He met his wife Safa Idrees, who is also Syrian, in a Swedish language class. They’re both Christian, by the way. I asked how long they’ve been married and she fumbled for an answer.

“One year and six or seven months?” she asked.

He corrected her: it’s been a year and five months. 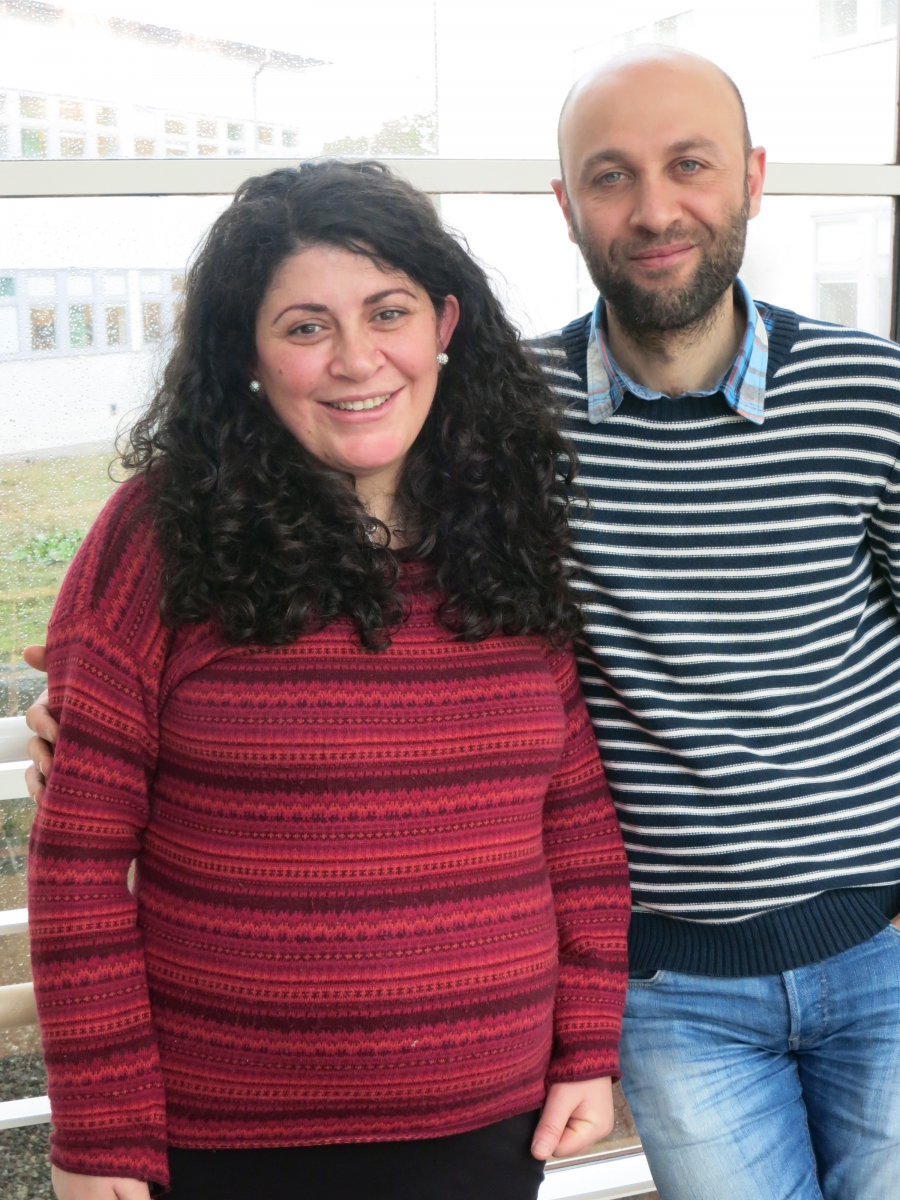 Syrians Charbel and Safa Idrees met in a Swedish language class and are now expecting their first child together.

The couple is expecting their first child and are building a life here. But both worry that Swedish authorities have lost control of immigrant neighborhoods.

“They have no idea what’s going on in the future, what’s coming. It might happen exactly the same as Paris,” says Idrees.

The couple is stuck: afraid of both new migrants and the rise of anti-immigrant sentiment in Sweden. Homes of asylum seekers have been set on fire. Last weekend, a gang of perhaps 100 masked men roamed Stockholm’s central train station looking to beat up immigrants. The attacks were said to be in retaliation for the murder of a Swedish woman, allegedly killed by a teenage refugee.

I met Swedish author Fredrik Segerfeldt at a restaurant in Stockholm and asked if Swedish society is starting to fray.

“There is this sense in large chunks of Swedish society that something is wrong, that things are falling apart. The thing is, this feeling, this sense is not supported by data. We’re still richer, safer than ever before,” says Segerfeldt. (Many others have said the international media has blown a few isolated incidents out of proportion.)

Segerfeldt is a rare libertarian in Sweden. He says his country should allow in more asylum seekers, but argues that Sweden also needs to create more low-wage, low-skill jobs to get people working.

“The expenses for the government have become so high, we have almost closed the borders,” says Segerfeldt. “I think we should keep letting people in and give them fewer benefits.”

That’s tough for many to digest here though. Modern Sweden is built on strong wages and generous benefits. And that presents a quandary: Can Sweden preserve its egalitarian values and social safety net, and extend that way of life to many more people displaced by war?

Editor's Note: An earlier post of this story had the incorrect last name for Charbel Samoil.