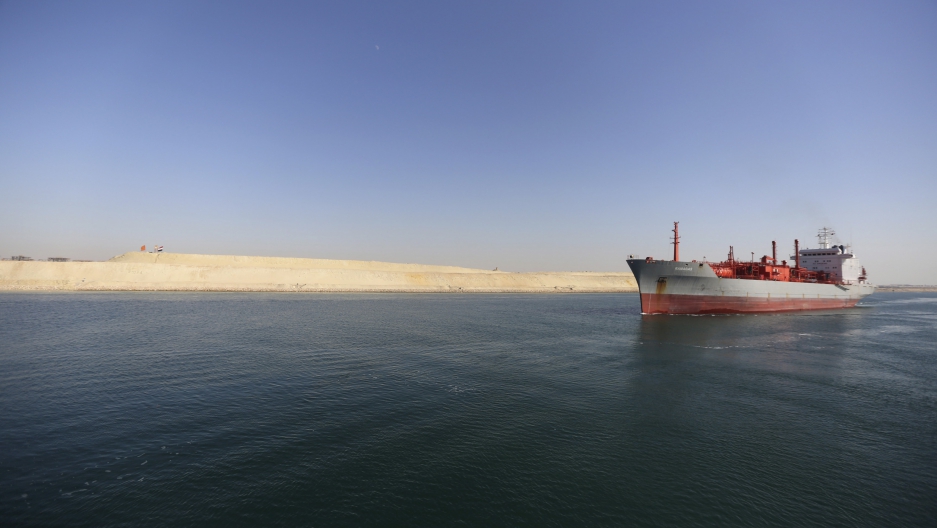 A cargo ship passing through the New Suez Canal

European security officials are concerned about the dangers posed by cargo ships. Smuggling has long been a problem, but fears are now rising about terrorists taking advantage of these illicit activities.

The problem is that Europe simply does not have a comprehensive official tracking system for the estimated 10,000 cargo ships that ply European waters every month. Some nations are much better than otheers at checking vessels when they arrive in their ports.

The Financial Times has just published an investigation into the scale and nature of the problem, using data from a maritime intelligence company, Windward, based in Israel.

The FT’s reporter, Sam Jones, says about 540 ships entered European waters last month after activities that were, at best, questionable.

Other ships do things that make no economic sense. “So you might have a ship that’s making a declared voyage from one port in Europe to another, or from a port in the Middle East to another — but along the way, along that journey, it’s not taking the nice direct route; it’s doing something like going really close to the North African shore for a long way, turning off its transponder so no-one can see it’s there. And who knows what it’s doing. And then it’s going on to Europe.”

“There’s a significant and rising number of ships doing this kind of thing,” says Jones.

Jones says organized crime gangs have long-established routes for smuggling arms and narcotics. The chaos along much of the Mediterranean coast in places like Syria and Libya raises fears that some of these ships may be providing material assistance to armed groups.

The worst case scenarios among European security officials that Jones spoke with, include fears of a possible seaborne terrorist assault, or of a giant bomb being smuggled in via a container.

If you are an FT subscriber, you can read the full story here.