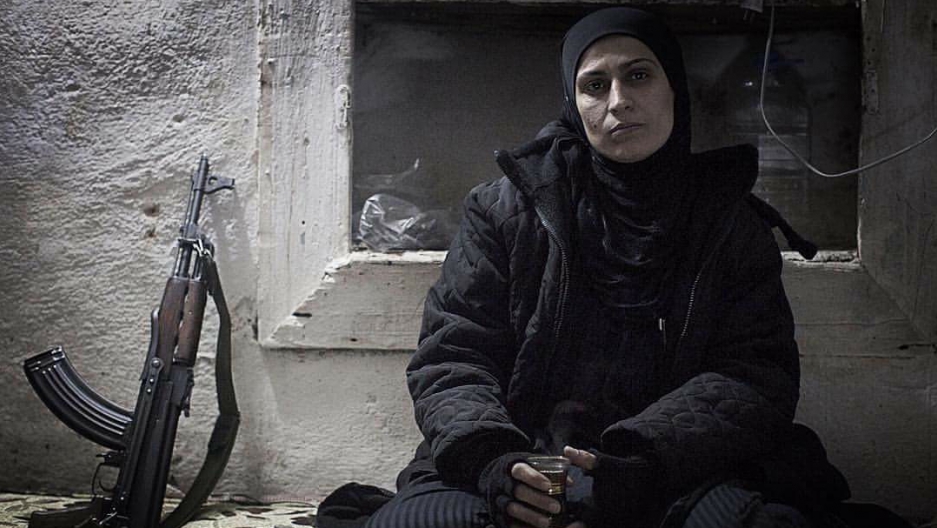 A part-time fighter with the anti-government forces in Aleppo, who gave her name simply as ‘Um Abdo’ — or ‘mother of Abdo,’ her eldest son.

Telling the story of Syrians inside many of the country's key cities is close to impossible these days. Few journalists dare to venture into beseiged towns like the northern city of Aleppo.

But Syrian-British journalist and activist Rami Jarrah, who works with the citizen media project ANA Press, recently spent several weeks in Aleppo. He describes two Aleppo residents he met. The first is a part-time fighter and parent who gave her name as 'Um Abdo' or 'mother of Abdo' — the name of her oldest son.

"Um Abdo is basically a widow to a man who would fight in the Free Syrian Army," Jarrah says. "She explained to me that she used to always beg him not to go out and fight.  And then at one time he grabbed her and shook her when she was telling him he couldn't leave and said, 'I have to do this. We have to do this for the family.'

"One day her husband didn't come back. And she was left to take care of the children. And she then understood once he was gone why he was doing this ... So she joined a group and began fighting against the regime ... She was able in the morning to take her children to one of the local schools that was in a banged up flat, and then she would go on a bus and head to the northern areas of Aleppo to fight on the fronts against ISIS."

Jarrah also met an elderly Aleppo resident who gave his name as 'Duraid.' He'd spent 20 years in jail as a political prisoner. Duraid was freed after the Syrian uprising began four years ago. But he was unable to find any members of his family still living in Aleppo.

"I began taking pictures of him and he said to me, 'Why are you taking these pictures?' I said to him, 'I want to show this to everyone else in the world, I want people to see this,'" Jarrah says.

"And he said, 'Be careful that you show it to the right people. Because there are many people that hate us, and whatever you give them they'll use against us.' When I posted this picture there was this young lady from Spain who actually contacted me, and she said she was very moved by his story, and she asked me if I could get a letter to him.

"So she wrote this letter to me and what this letter said was, 'You're not on your own in this world, there is someone on the other side of the world who cares for you, and is praying that God keeps you safe.' Her name was Fabiola. So I took this letter and I wrote it on a piece of paper myself in Arabic and in English, and I went back to this man's house, and I told him, 'I know this isn't much, but this is a letter that someone asked me to give you.'

Jarrah says when Duraid read the letter, the man began to weep.

Then Duraid said to Jarrah, 'Tell Fabiola I know that there are good people out there.' 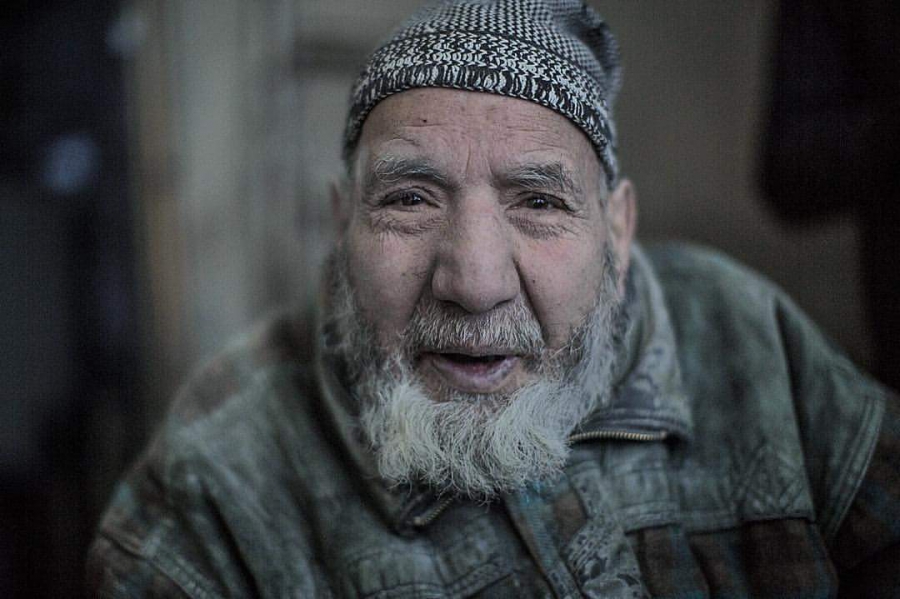 An Aleppo resident known as 'Duraid.' 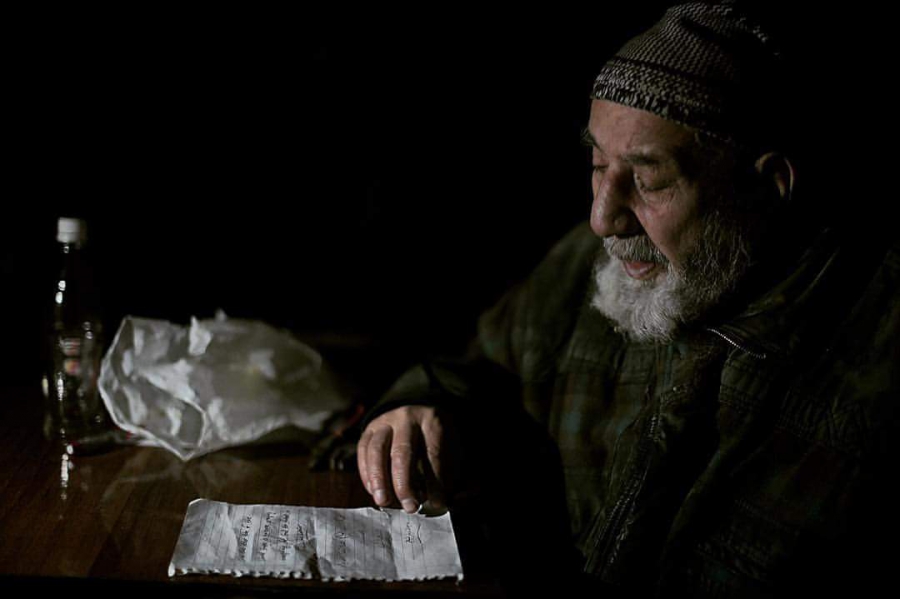 An Aleppo resident known as 'Duraid,' reading a letter of support from a European who heard his story.