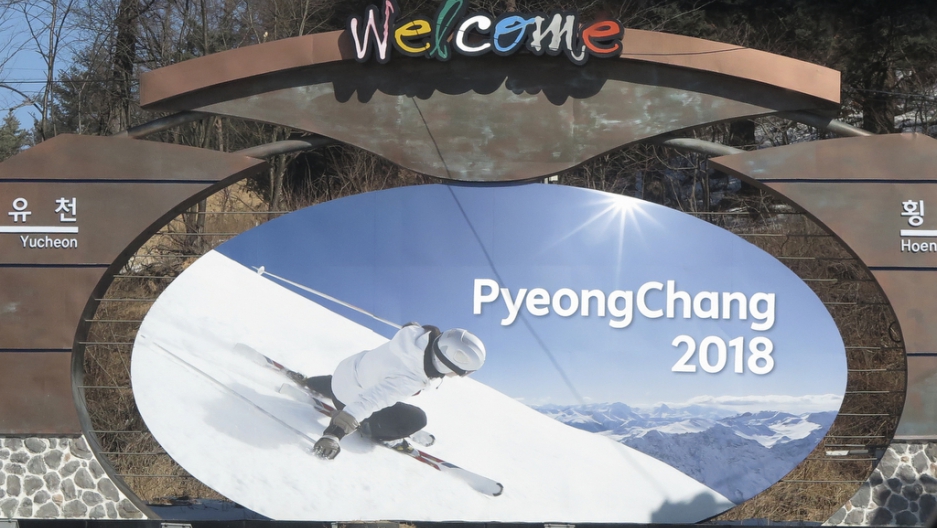 The advertising hoarding promoting the 2018 Winter Olympics stands in the mountain cluster of PyeongChang on Feb. 9, 2015.
Credit: Pawel Kopczynski
Share

When competitors in the Alpine Skiing World Cup hit the slopes at Mount Gariwang in South Korea this week, they will have their minds on one thing: winning.

But for many others the 2018 Winter Olympics test event will serve as a painful reminder of the "ecocide" perpetrated on a mountain that conservationists call “sacred.”

Tens of thousands of trees, some more than 500 years old, have been cleared to make way for the Jeongseon Alpine Center in the country’s northern province of Gangwon, where the Olympic downhill and super-G events will be held over several days in February 2018.

Mount Gariwang was designated a “royal, forbidden area” by Korea’s last dynasty, Chosun, which ruled from the 14th to the 19th century.

In more recent times it had enjoyed special protective status, but those safeguards were removed after South Korea won the right to host the Winter Olympics in 2011.

This is what the mountain looked like in late December, 2015.

Environmental activists have campaigned relentlessly against the ski development. An online petition launched in 2014 calling on the International Olympic Committee and South Korean government to "stop the destruction" has gathered more than 1.2 million signatures so far. People from around the world continue to sign the petition even though the site of the skiing facility has been cleared of trees and more than half of the construction is completed already.

Olympics organizers made some concessions to the green groups' demands. They built just one course instead of the usual two, and they plan to return more than 1,000 trees removed from Mount Gariwang after the Olympics have wrapped up.

But with more than 58,000 trees bulldozed to make room for the ski slope, activists say it will be impossible to restore the site to its former natural glory.

The South Korean government has defended the controversial development, saying Mount Gariwang was selected because it was the only location in the country that could satisfy international skiing rules, one of which states that downhill events must be located at least 2,625 feet above sea level.

"And we've never had an Alpine course of this size. If we had, we wouldn't have had to build a new one."

Opponents, however, argue that the neighboring Yongpyong ski resort would have qualified under an FIS exception that permits a course to be just 2,461 feet above sea level under "exceptional circumstances."

Protecting an ancient forest home to "countless rare and endangered species" would have been enough to convince Olympic officials that Mount Gariwang was an unsuitable venue, they argue.

But it's too late now.