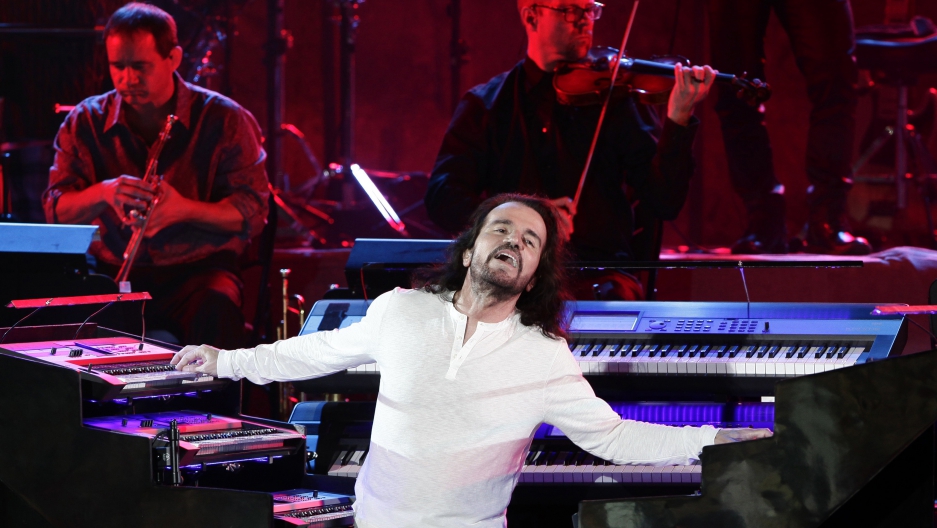 Yanni performs at the International Festival of Carthage in Tunis, July 2014

We can assume that people in countries fraught with violence, oppression or human rights abuses, have high levels of stress. But, those countries have a secret weapon that may temporarily relieve some of that suffering. His name is Giánnis Chrysomállis or simply — Yanni.

Call his music what you will: New Age, jazz, classical, soft rock, global. Since the 1980s, this has been Yanni's stock in trade. He was born in Greece, raised in the US and has managed to grace historic stages around the globe. And in the process, he has planted himself right next to some politically dicey situations.

Need an example? Take July 2014. Tunisia. He performed at the International Festival of Carthage just a week after an attack led by terrorists that killed 14 Tunisian soldiers. Yanni's concert appearance was like a Band-Aid. Thousands received with him open arms.

"I have never been more loved or more touched," he says, almost in tears when he relayed the story to us. "The country was in mourning and they stopped that, so that I could be there."

After this and many other concert appearances in places in the midst of turmoil, you would think Yanni has placed himself as sort of a political figure. But he wants to make it very clear that he is NOT!

"I am not political. I am a humanist. I cannot stand to watch people suffer ... I am not a politician and I will never become one."

Music is what Yanni does best. "We all need to do our part and I do believe I am doing mine." He brings people joy to those who are suffering.