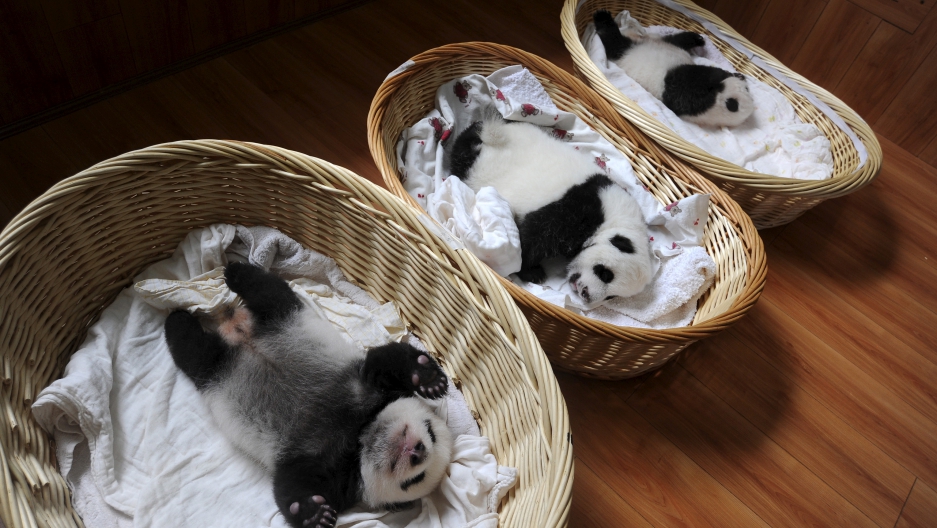 Giant panda cubs are seen inside baskets during their debut appearance to visitors at a giant panda breeding centre in Ya'an, Sichuan province, China on August 21, 2015.
Share

Whether you are a night owl or an early bird, don't bother fighting the impulse because it's probably in your genes, a study suggested Tuesday.

Scientists have long known that all plants and animals -- from lowly phytoplankton to homo sapiens -- have internal biological clocks attuned to a 24-hour cycle.

But within this so-called circadian rhythm, individuals of some species, including ours, may have a natural preference for day or night.

Previous research had singled out genes with an unspecified influence on these rhythms.

But very little was known about which parts of our genetic code determine whether you are more likely to be a creature of the night or a morning lark.

A research team led by David Hinds of California-based biotechnology company 23andMe trawled the genomes -- the unique genetic blueprint of an organism -- of 89,283 people for clues.

The team compared the findings with responses to a Web survey in which the same individuals were asked to indicate whether they preferred mornings or evenings.

The study, published in Nature Communications, found a clear link between more than a dozen gene variants, and healthy individuals who said they were at their best in the morning.

Early risers were signficantly less likely to have insomnia or need more than eight hours of shut-eye per night. They were also less prone to depression than individuals -- some 56 percent of respondents -- who described themselves as night owls.

The researchers also found that, after taking into account the effect of age and sex, morning persons are likely to have lower -- and thus generally more healthy -- BMI, or body-mass index, a measure of the ratio between height and weight.

None of these correlations, the researchers cautioned, necessarily imply a cause-and-effect relationship.

Nor did the team find genetic links with sleep disorders such as insomnia, apnoea or sweating while slumbering.

The mechanism controlling circadian rhythms is found in neurons located in a part of the brain called the suprachiasmatic nuclei, in the hypothalamus.

The same process is involved in jetlag, which is the feeling of being out of phase -- too sleepy or wide awake -- with a given time cycle.