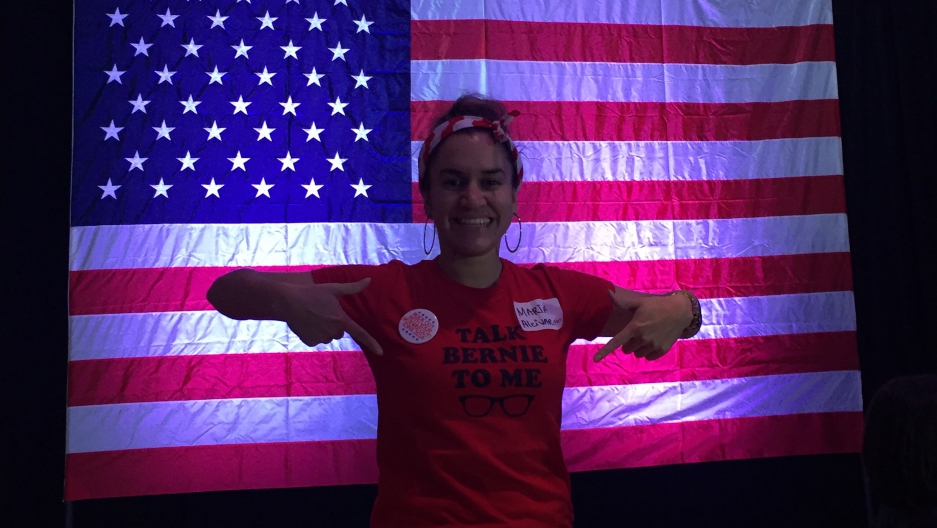 Ames, Iowa is not a hotbed of Latino activism.

But if Ecuadorean-born graduate student Maria Alcivar has her way, more of the state's Latin immigrants will be voting this year, and rallying on behalf of their preferred presidential candidates.

"We have at least 50,000 Latino registered voters here in Iowa.  And we are just not politically engaged," Alcivar says. "This is the time we need to wake the sleepy giant."

Alcivar lived without documentation in the US for 14 years. She's now a citizen and a graduate student at Iowa State University in Ames. She became a US citizen in July, and yesterday she participated in the Iowa caucus and voted for the first time.

She says the experience was overwhelming.

Alcivar married a US citizen and is the only member of her family permitted to vote. Her brother has DACA status, via President Obama's Deferred Action for Childhood Arrivals program. Her mother, however, is undocumented.

After participating in the Iowa caucus last night, Alciva drafted a resolution she hopes her fellow Democrats will consider adding to their platform.  It would back legislation allowing eligible immigrants to apply for a temporary drivers license, a move she says would make roads safer, and increase the number of insured drivers.

Alcivar says presidential candidate Donald Trump's call to build a wall along the United States' border with Mexico and deport an estimated 11 million undocumented immigrants might send many more Latinos to the polls in November.

"It may be the 'Trump Effect' that is causing all these Latinos to actually be active politically," she says. "Whatever it is, every little bit counts."