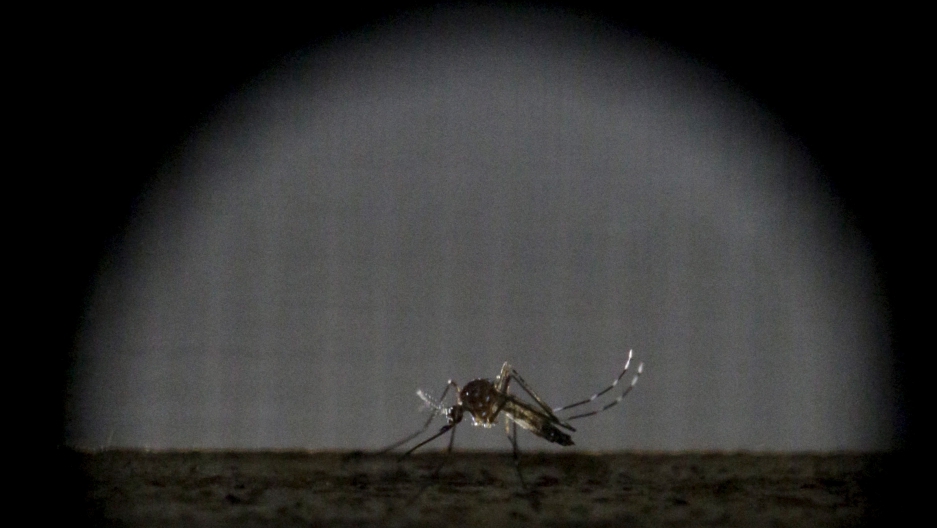 An Aedes aegypti mosquito of the type which has helped to spread the Zika virus globally.

The Zika virus, which has been declared a global emergency by the WHO, has been known for decades in East Africa. But until now, its reputation in Africa has been much less serious.

The Zika virus is named after the Zika Forest of Uganda, where it was first detected more than 70 years ago by scientists researching yellow fever. And both the virus and the forest remain little known in Uganda, according to the BBC’s Catherine Byaruhanga, who recently visited the forest. “When you ask Ugandans where the Zika Forest is, most wouldn’t know,” she says. “It’s quite forgotten. It’s your average woodland — green, lush vegetation, trees and some monkeys.”

The word Zika, in fact, means overgrown in the local language.

In 1947, however, the forest was a focal point for global disease research, with scientists testing wildlife and insects for signs of yellow fever. By accident, they came across a different and apparently harmless virus transmitted by mosquitoes to monkeys. They named it Zika.

Today the Zika forest is far smaller. Its position between Kampala and the country’s main international airport, as well as striking views of Lake Victoria, has made it a popular location for real estate. The Zika virus also attracted little attention until recently. In the last 70 years, there have only been two recorded cases of Zika in humans in Uganda — although it is very possible that many cases went undetected because the virus’ symptoms in Africa are very mild.

According to Byaruhanga, the lack of human transmission may also have been a product of the disease’s life cycle in Uganda. The mosquitos that most often carry Zika in Uganda prefer to prey on monkeys rather than humans, and are poorly adapted to human environments. In Brazil, in contrast, the disease has been spread rapidly by mosquitos that are well-adapted to urban living.

The lack of research into Zika is rapidly changing, even in Africa. The Ugandan government will soon begin a study to find out how widespread the disease is among Ugandans. Another theory is that Zika may have spread more slowly in Africa because of local resistance to related viruses, such as yellow fever, dengue and West Nile.

As a result, Zika today is still little known among Ugandans.

“A lot of people [here] are just finding out that the disease was discovered here in the first place,” Byaruhanga says. “Mainly because the symptoms have been so mild, researchers haven’t really felt the need to go out to the population and warn them about it. So people are just learning about it, and just hearing about it. So we haven’t got a sense of fear.”