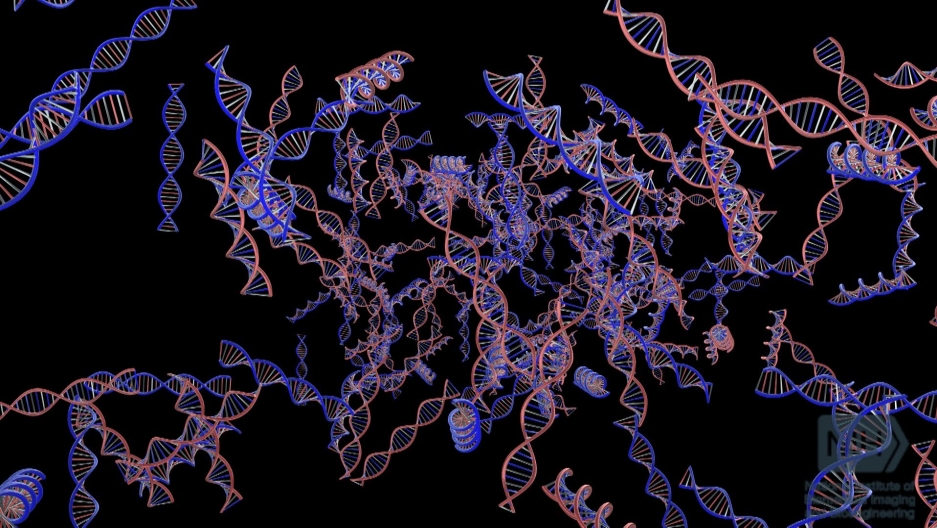 A look at DNA

Regulators in the UK today approved research on human embryos using CRISPR-Cas9, a controversial form of gene editing that has been exciting scientists and alarming bioethicists around the world.

In a groundbreaking move, the Human Fertilisation and Embryonic Authority has granted approval to a group of researchers at the Francis Crick Institute in London. The UK is the first country to grant such authority.

The UK has been on the forefront of regulatory policy in this area, having recently approved the use of “three-parent embryos” through mitochondrial donation, and has previously been a haven for embryonic stem cell and other kinds of controversial research that faced roadblocks in the US.

Here’s what you need to know about CRISPR and gene editing.

Gene editing is a controversial technology that scientists and doctors hope can be used to eliminate genes that cause serious genetic diseases, like sickle cell anemia and beta thalassemia, for example. The simplest and newest form of this therapy is an enzyme called CRISPR-Cas9, which operates like a pair of scissors aimed at cutting DNA in a directed place. CRISPR can remove targeted genes out of strands of DNA, and then also either put in a new gene, or simply fuse the strands back together.

It has revolutionized the world of genomics, to say the least.

Pharmaceutical companies are betting that investing in CRISPR-reliant medicine and start-ups will pay off, ethicists are clamoring for more oversight of its use, and scientists around the world have been using it to research treating a plethora of diseases, with new breakthroughs coming at a remarkable pace.

Related: Does a Chinese company's combination of genomics, big data and AI offer hope for a healthier future?

Is it legal in the US?

Not necessarily. Gene editing is not yet regulated medicine, although older methods like TALENs and zinc finger nucleases have been successful. So far, CRISPR has only been allowed to be used on other kinds of mammalian cells, like pigs.

The regulatory body in the UK is the first governmental body to approve CRISPR research on human embryos — but the scientists there won’t be the first to actually perform this research.

Chinese scientists edited a human embryo last April, and ended up causing more genetic defects than they started with — proof that CRISPR can produce unintended side effects if used improperly.

But the Chinese experiments were not actually sanctioned by a regulatory agency, and those experiments also flew in direct opposition to a voluntary moratorium (not a legally enforceable one) undertaken globally by scientists last March.

The UK decision is groundbreaking because it comes less than two months after an international group of scientists gathered in Washington, D.C. in December to discuss how they should proceed, a significant event in itself. The group decided to not continue a moratorium on research and to proceed with experimentation of CRISPR.

First, there may be a red tape roadblock. There is a patent war afoot, and two groups of scientists (one on the West Coast at University of California, Berkeley, and one on the East Coast at the MIT Broad Institute), each claim to have pioneered the use of CRISPR-Cas9 in gene editing. Until that is resolved, it is unlikely that the FDA will look into medical applications of CRISPR in the US.

As it stands, the FDA has not yet approved gene editing therapy, and the US Congress has threatened to ban the kinds of experiments that the UK approved today.

So it’s unlikely that CRISPR will be available to the mainstream medical community any time soon.

That said, because CRISPR is very easy to use, Do It Yourself gene editing kits are actually available online. These are only for kitchen table experiments with yeast and simple bacteria, of course, but they are already widely available to the biohacking community.

There are serious ethical concerns, including the question of whether changes made to certain kinds of cells (like reproductive cells, for example) could be inherited, and fundamentally change the makeup of the human genome, which is called “germline editing.” Researchers are not yet interested in moving toward germline editing just yet.

Plus, scientists working with gene editing on embryos must destroy them after 14 days. The embryos are not allowed to be implanted, and they are being provided knowingly by patients undergoing IVF treatments.

However, there is the matter of “somatic cell” gene editing, which is the process of making changes to an adult cell – changes that could not be inherited and which would be undertaken by a consenting adult.

Scientists are very wary of the possibility that access to CRISPR will be limited to those who can afford it, creating an inequality gap of gene-edited wealthy individuals who want to use the technology to enhance themselves and practice eugenics.

However, these advances are years away.

CORRECTION: An earlier version of this stories misidentified the California university where a group of scientists are working on this. It is the University of California, Berkeley.