Alessandro Gomes, who has microcephaly, has his head measured by a neurologist at the Oswaldo Cruz Hospital in Recife, Brazil, Jan. 26.

In 2012, the Brazilian Supreme Court made what is still the only substantial change to this country’s abortion laws in 70 years. The court ruled that terminating a pregnancy is not a crime when a fetus is developing with anencephaly, a rare condition in which the baby is missing parts of its brain and skull.

Today, Brazil’s attention is focused on a different type of birth defect: microcephaly, in which a child is born with an abnormally small skull. Microcephaly, which can severely impact a child’s development, is being linked to a massive outbreak of the Zika virus, a mosquito-borne illness first discovered in Africa in the 1940s.

There have been 270 confirmed cases of microcephaly in Brazil since October 2015 and almost 3,500 suspected cases are under investigation. That’s up from fewer than 150 cases in all of 2014. 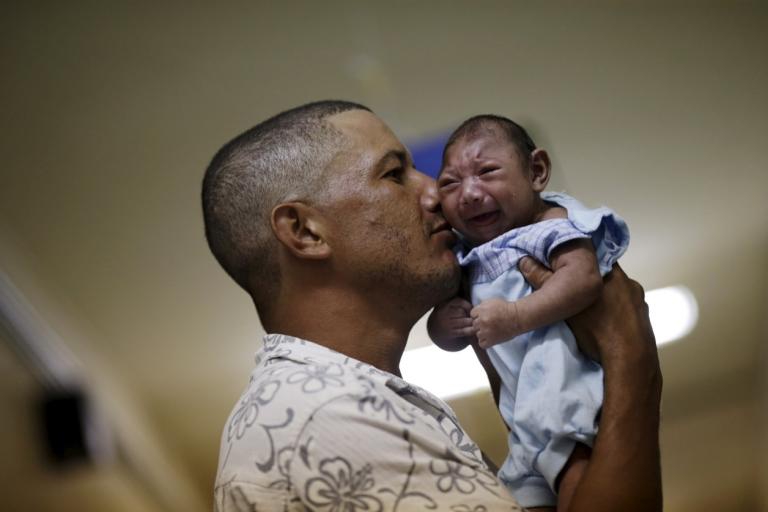 Meanwhile, the Zika virus has spread across South and Central America, leading some governments to warn citizens to avoid pregnancy for the next two years. The World Health Organization predicts that Zika will affect as many as 4 million people across the Americas. “The level of alarm is extremely high,” WHO Director-General Margaret Chan said.

A Brazilian Health Ministry spokesman said an estimated 500,000 to 1.5 million people have been infected with Zika there, but he stressed that no accurate data exist.

The sudden reported uptick in microcephaly cases has reinvigorated a cadre of powerful women’s rights activists in Brazil, some of whom are already preparing a fresh appeal to the Supreme Court to consider granting the right to abortion in the case of microcephaly. And the growing health crisis has sparked a new, broader public debate in Brazil over women’s rights to abortions in troubled pregnancies.

Brazil’s 1940 penal code made abortion a crime in all but two cases: pregnancy from rape and when terminating a pregnancy is necessary to save the mother’s life. The 2012 Supreme Court decision added anencephaly to the short list.

The country's reproductive rights movement has fought to lengthen that list, but it’s hit years of setbacks. Most recently, conservative politicians are pushing for a harsh new bill that would require rape victims to undergo physical exams before being allowed an abortion. The rise of microcephaly represents an important opportunity to expand women’s rights, said Debora Diniz, vice chair of the International Women’s Health Coalition and a professor at the University of Brasilia.

“I’m preparing, I’m studying, I’m organizing arguments analyzing the Supreme Court climate to propose a case,” said Diniz, who helped bring the landmark 2012 lawsuit to the court. “We have everything on hand — we have an epidemic, we have the historical negligence of the Ministry of Health, and we have women’s needs on the table.”

In reality, Correa said, wealthy Brazilian women pregnant with babies suffering from severe microcephaly or other grave fetal malformations have options to terminate their pregnancies. Some may work with a private clinic to arrange a clandestine, safe abortion. Others may hire an attorney to make their case to a local legal tribunal, which has the power to rule for a woman’s right to an abortion.

For poor Brazilians, the options are far fewer.

An untold number of lower income women seek illegal, dangerous abortions that can cause injuries or death. Although local media report on these cases periodically, experts say there aren’t accurate statistics on how many Brazilians die from illegal abortions. The stark reality for women without means is that they face up to three years of prison time for terminating a pregnancy.

“Basically, when we discuss abortion in this country, we discuss inequality,” Diniz said.

Most of Brazil, where the Catholic and evangelical churches are influential, has traditionally been anti-abortion. In a 2014 survey, 79 percent of Brazilians polled were against legalizing the procedure. 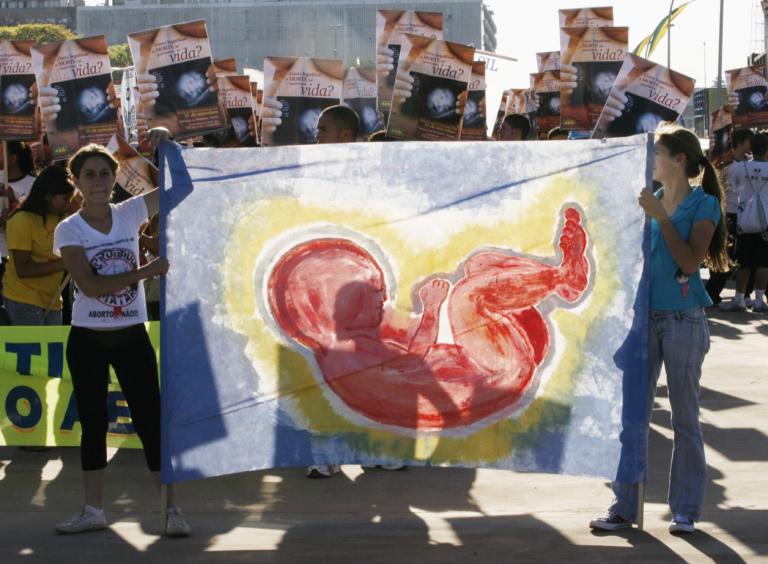 But there are signs that society is becoming more willing to accept pregnancy termination in an increasing number of scenarios.

This week, a judge in the central Brazilian state of Goias made headlines when he declared that women expecting babies with microcephaly should be examined on a “case-by-case” basis to analyze whether an abortion should be made legally available.

Judge Jesseir Coelho de Alcantara, who according to Brazilian media has granted abortion approval to several expecting mothers whose fetuses were suffering from various severe abnormalities, told BBC Brasil: “Anencephaly and severe microcephaly, with death at birth, are similar cases."

But according to Dr. Jim Barkovich, who teaches radiology at the University of California, San Francisco School of Medicine, basing the decision on a microcephaly diagnosis itself may not be enough. If a fetus is “microcephalic,” that merely means it has an abnormally small head, he said.

Microcephaly impacts 2 to 3 percent of babies, he said, and it can have a variety of causes, and outcomes. Some babies with microcephaly may die before they are born, while others go on to live healthy, productive lives.

The Federal Council of Medicine, which oversees and regulates the profession here, told BBC Brasil that: “In the case of fetuses diagnosed with microcephaly, in principle, there is no incompatibility with life.”

However, Barkovich stressed that doctors are able to examine a fetus in utero to establish whether a microcephalic baby’s brain is severely damaged or not developing properly. Such technology could greatly aid women in making decisions about abortion, he said.

“If it’s a very badly destroyed brain, then I would think it’s a lot easier on the family to terminate a pregnancy than it is to have a baby come out that’s going to die within the first year anyhow,” Barkovich said.

Diniz said it’s impossible to say whether a case based on microcephaly would prevail at Brazil’s Supreme Court.

“That’s exactly what I’m analyzing at this moment,” Diniz said. “We have a new composition of justices and some of them are really open-minded to women’s rights.”