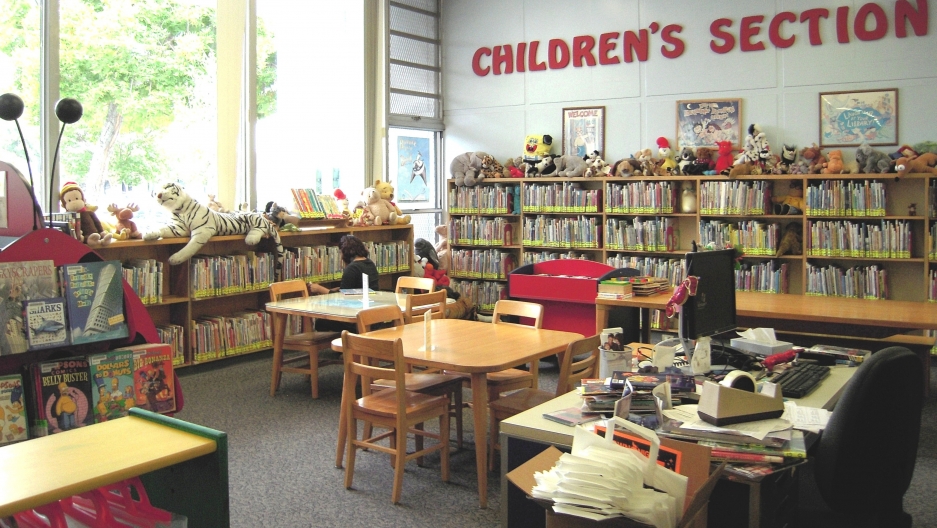 The children's section of the Dana Neighborhood Library, circa 2012. Over the years, the diversity needle for published children's books hasn't move much, according to surveys.

It's good news for those who are looking for more diversity in the media. But one award does not a trend make. Less than 10 percent of books for children in the US are by people of color and about the same percentage are about people of color, according to statistics from the library collection at the Cooperative Children’s Book Center at the University of Wisconsin.

Jason Low is the publisher and co-owner of Lee & Low Books, which began 25 years ago explicitly to publish books and authors not being represented in the industry. "You can't say, we publish diverse books and we've done our part. Sometimes you need to do a bit more," he says.

Given what Lee & Low knew about the content of children's books — namely that the diversity needle hasn't moved much in 20 years — the results of their survey were not that surprising. Almost 80 percent of publishers' employees are white. African Americans are more severely underrepresented than other minorities while white women are overrepresented, according to the survey. Yet minorities make up 37.9 percent of the general population. The numbers for young people is more striking: 44.2 percent of Millennials, born between 1982 and 2000, and over half of the under 5 population are minorities. 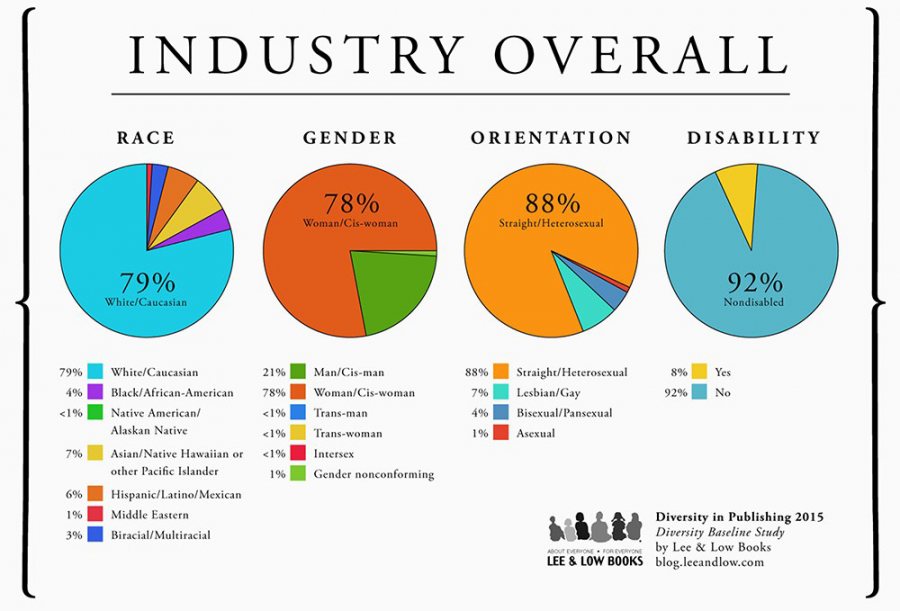 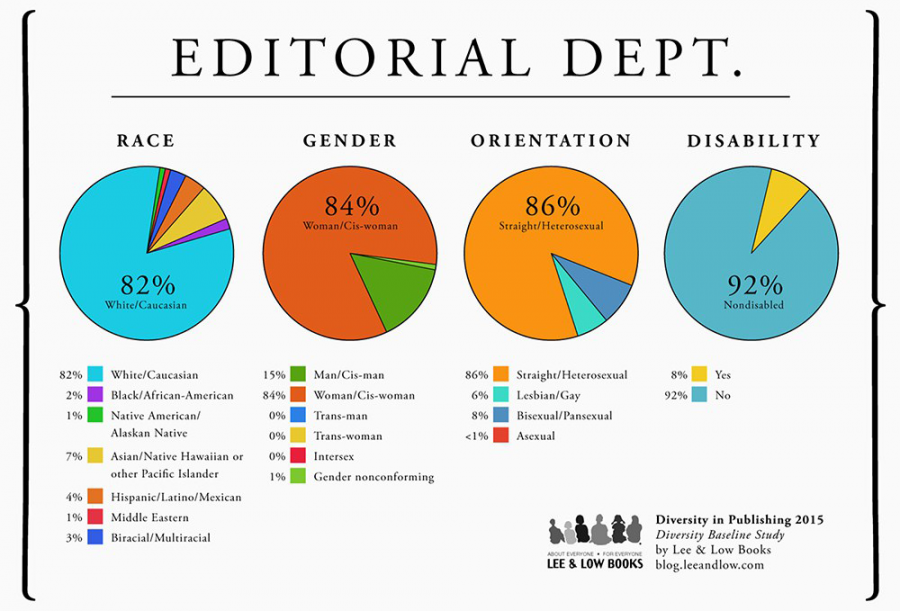 "The systemic issues that have led to underrepresentation of marginalized groups in children’s literature is no longer plausibly deniable — it is reality," Sinkhorn says. "We have reached the crossroads of commitment or lip service."

For Low, this study was important to how we think about why minorities are underrepresented in the books we read.

"We've never had any baseline numbers to look at from a staffing point of view," says Low. "I think it should be a big deal to everyone. It's an equality issue, really."

In step with the Twitter conversations around #OscarsSoWhite and its news media corollary #JournalismSoWhite, he wants there to be real dialogue around diversity in the book industry.

You can read Jason Low's blog post about the survey, see more results and read about the methodology on the Lee & Low Books website.