Have you ever seen a face in a cloud, the man in the moon, or a grainy image of Jesus in your toast? You're not alone. Milan-born, London-based artist Carolina Maggiofinds inspiration for her art incoffee stains.

In a blog post, Maggio explains thatcoffee-stain seriesgot its start during a trip to Guatemala. One night, having had somepsychedelic ayahuasca brew,Maggio happened to spill some coffee at the table of a shaman's house. "I immediately began to see images appearing in the drop of coffee," Maggio writes. "He smiled and said that perhaps the 'medicine' was still showing me some secrets."

Maggio calls the series "Pareidolia," the word for when your brain looks for patterns where they do not exist. (Now you know what to call it the next time you think your cinnamon bun looks like Mother Teresa.) In them she's discovered and sketched blow fish, flowers, coral and fantastical creatures you'd never guess took their cues from cappuccinos.

Sometimes what she sees are scary, like in this Groot/felinehybrid: 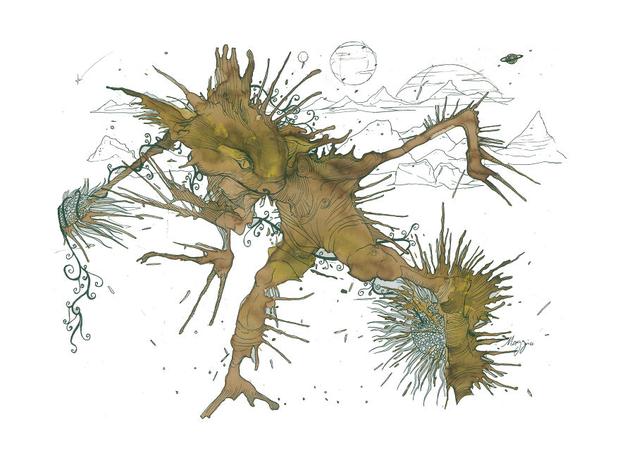 And sometimes they're whimsical, like in this drawing, "The Annunciation": 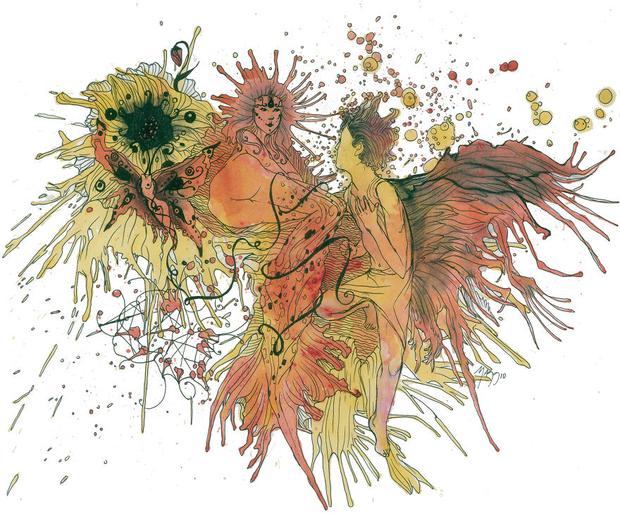 And, once, she made an ode to Twin Peaks(and it's famously coffee-loving creator, David Lynch): 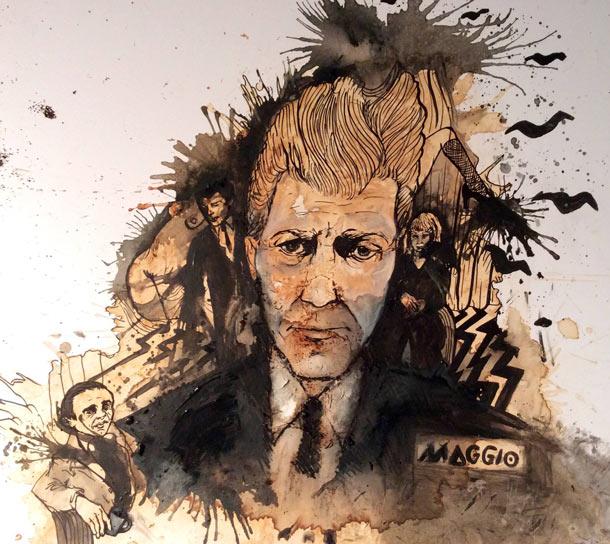 Maggio writes that "art is in the eye of the seer able to evoke it," and that she hopes that gives inspiration. I haven't tested out her methods yet, but maybe the next time I spill my coffee, instead of flailing for napkins, I'll stop, squint, and see something.

Watch a video of Maggio'sprocess at work:

Coffee Stain Stop-Motion by Maggio from carolina maggio on Vimeo.